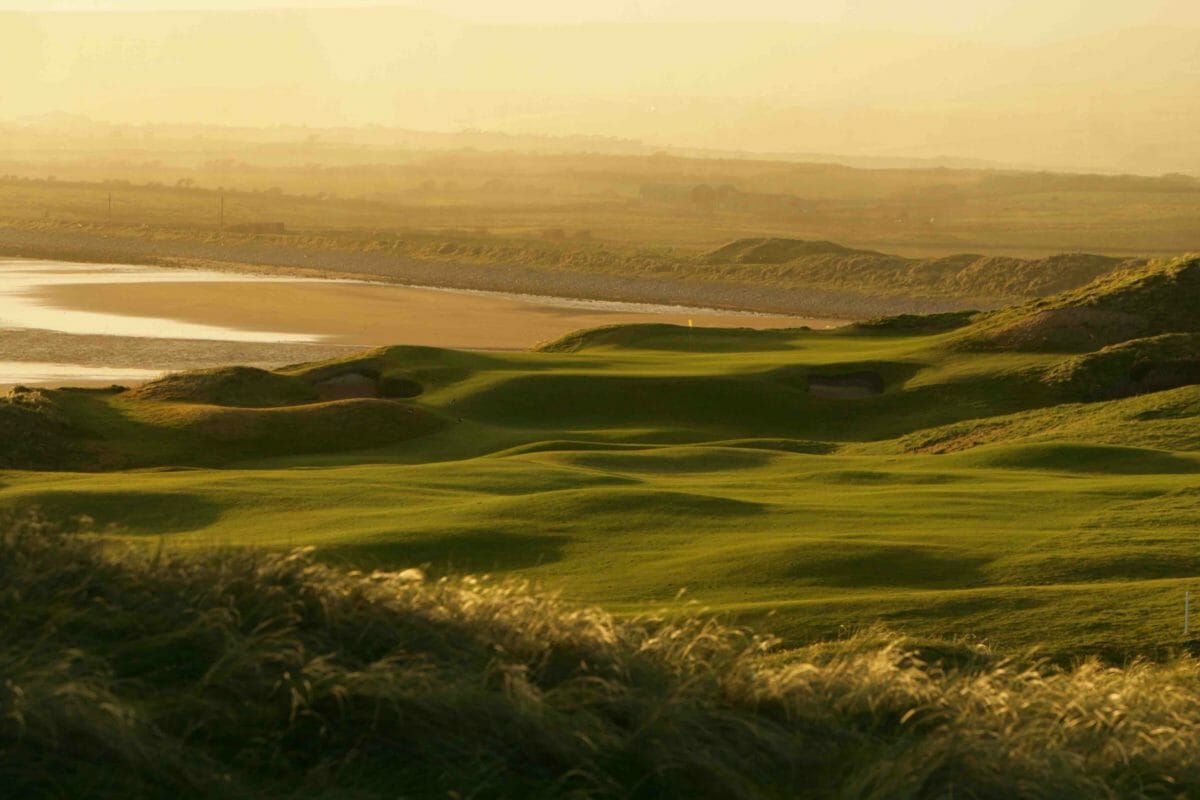 It is so good to see the Dubai Duty Free Irish Open going to one of Ireland’s great old golf courses that has been part of folklore in Ireland over the years.

It’s a classic old links course on high dunes land by the Atlantic Ocean with its own quirky personality that many of the truly great links golf courses have. The original designers were Old Tom Morris and the great Alister McKenzie, who designed Augusta. It has often been referred to as the St. Andrews ‘Old Course’ of Ireland.

Lahinch Golf Club is part of the fabric of the people and it seems to blend into the town much like the feeling when you are in St. Andrews. It has that warm Clare feeling where the members and people are genuinely happy to welcome all-comers to their pride and joy. In the old days, goats were used to keep the fairways trimmed and fertilised and that tradition is still honoured with the presence of the odd goat here and there on the course.

There are many blind shots on Lahinch and I am dying to see the faces on the new breed of gym rat pro athletes with their yardage books in hand trying to work out the ‘math’ on the shots to be executed. It won’t work that way at Lahinch. I hope it blows for them and that the old lady of the links shows her teeth for at least one day to let them understand true links golf.

The 4th hole called ‘Klondyke’, will introduce the pros to blind shot golf and let them understand how golf courses were built in the old days. Old Tom Morris left the huge and now famous Klondyke dune right in the middle of the fairway to be carried over for the second shot to the green ‘somewhere’ behind it.

The most famous hole on the course is the 154 yards 5th – The Dell hole. It’s a classic. If a modern day architect included it in his design of a modern day links they would call for the straight jacket. It’s played into the prevailing wind and can be anything from a wedge to a down the shaft four iron into a gale. The pros will aim, many of them for the first time in their lives, at the white stone on the front 30 foot dune. The pin placement and where to aim will be signalled by that stone as their yardage books are rendered redundant. The backwall dune at equal height, depending how it is cut, is often the safest play as normally it will propel the ball back onto the narrow strip of green between the two dunes.

I don’t think there is any hole that golfers have had more fun with over the years. There are legendary tales of many who have celebrated their first hole in one at the Dell only to find out either after they had bought their group drinks for the night or in some cases years later, causing utter devastation that a local ‘lad’ had been paid a fiver to hide behind the hill and slip down as the players walked from the tee and pop the ball of the targeted victim into the hole! Can you imagine the ‘craic’?

The famous sons of Lahinch that are sadly no longer with us are all part of the folklore and helped make it what it is today. Brud Slattery who presided over the Club for over 30 years and put it on the world map, the legendary amateur match player John Burke whom famously switched the cover of his fairway woods in a match against my father to outfox him in one of their epic encounters. Paddy Hilary, former President of Ireland loved Lahinch.

The South of Ireland Championship is one of the five ‘majors’ in Irish Amateur golf and one of Ireland’s oldest Championships and has been held at Lahinch since it started in 1895. It is interesting to see the names of the past champions over the years that relate to this week’s hosting of the Irish Open. John O’Leary, Darren Clarke, Paul McGinley, our host this week, Padraig Harrington, Graeme McDowell and of course Joe Carr.

Lahinch is cemented in my mind from the experience I had there with my father in 1969. He was 47 at that time and coming to the end of his dominance. After I missed the cut to qualify for the match play, he said ‘you’re going to caddy for me and I will show you how easy it is to win one of these Championships’. (he had won 39 championships including three British Amateurs). We dusted everybody along the way, handing out the odd dog licence (7/6 win) to reach the final against his great friend Noel Fogarty, a bookmaker who nearly beat Jack Nicklaus in the British Amateur years earlier.

For years my father has a standing arrangement with my dear & dedicated mother that when he got to three up, she would go in and make the sandwiches for the afternoon match. ‘No man alive can win four holes off me’ – it was as simple as that in his mind.

The final was followed by about five thousand people in those days when Amateur golf was more popular than professional. We were three down after the Dell hole and as a youngster, I was jumping up and down panicking.

It was then I learned one of the match play strategies that stood to me for years and particularly in the 1971 Walker Cup. He turned casually and said; ‘if I don’t lose another hole I will win by 2/1’. He didn’t chase, he bided his time and sure enough holes came back to him. He three putted 15 (not in the plan) to be one down with three to play. His tee shot with an eight iron to the par 3, 16th at 180 yards buried itself under the face of the pot bunker on front of the green.

Fogo, as JB called him, was on the green 35 feet away. I looked at the submerged plugged ball and thought to myself – impossible to get it out. Pop took his trusty sand wedge called the Monster and proceeded to lift the face of the bunker onto the green. The ball finally emerged from the debris and rolled just inside Fogo’s ball. Noel putted up tentatively to 4 feet short.

As my father addressed his put the Angelus bells tolled and all 5000 people, including my father, stopped, took off their hats and started praying! I couldn’t believe it. I couldn’t pray – I looked up at my father (all other heads were bowed) and he winked at me. I’m thinking why? He nearly broke the back of the hole holing his and Fogo missed, drove it OB at the next and he won his 40th and last championship one up!

Driving home that night with the 4 of us kids in the back seat, I caught his eye in the mirror and asked… ‘how did you know you would hole it on 16?’

‘Sure he left the door open didn’t he?’ he said assuredly. He, like Seve, were great mano de mano champions. They broke their opponents with killer blows at just the right time.

I hope one of our Irish pros will do likewise this week at Lahinch. I have a good feeling about Lowry, who won the Irish Open in Baltray as an amateur with the help of the home crowd.

It will be a great week on one of our finest links championship courses for everyone to enjoy. Well done to Paul McGinley for the time and effort he has put in to make it a success.