Brennan makes bread with day one 69 on EuroPro 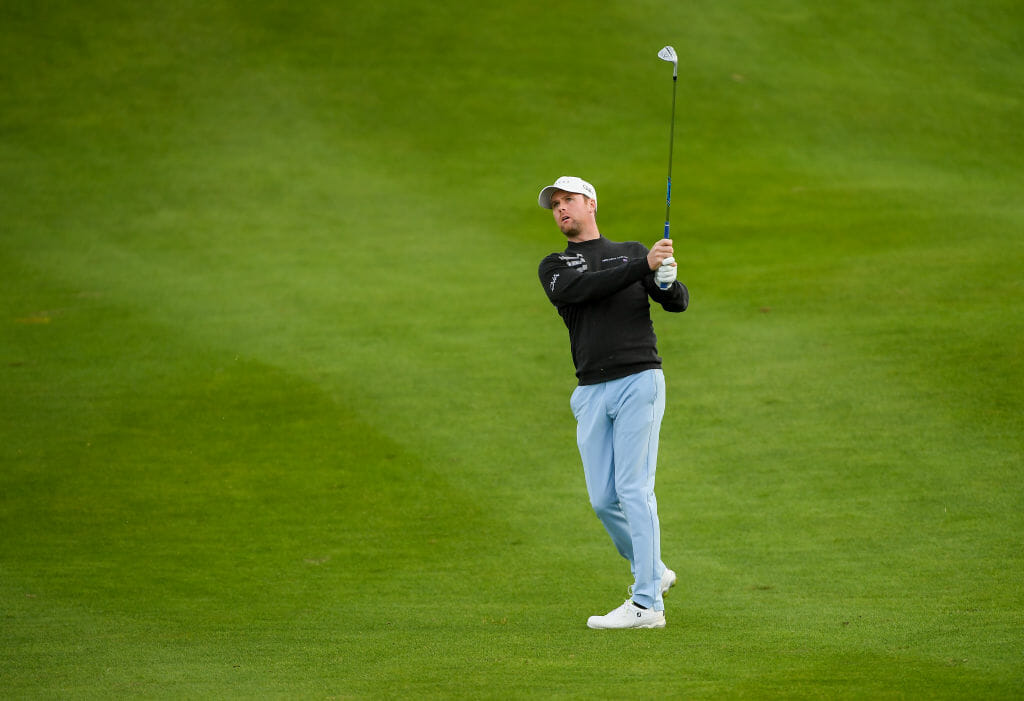 Shannon’s Daniel Brennan returned a two-under par 69 on day one of the GolfCatcher Championship at Dudsbury Golf Club.

Brennan burst from the traps with three birdies in his first four holes before a bogey at five was followed by a clean sweep of pars as he claimed a share of 21st spot overnight.

One shot further back is Kilkenny’s Luke Donnelly and Clandeboye’s Jonathan Caldwell who both enjoyed solid starts.

It was a tale of two nines for Donnelly who went out in just 31 strokes before three back-nine bogeys saw him home in 39 while Caldwell’s minus-one total was comprised of three gains and two dropped shots.

Meanwhile, St. Anne’s professional, Cameron Raymond has work to do to overturn a plus-three 74. Unfortunately, the news was worse for Naas pro Conor O’Rourke (+5), Whitehead’s John Ross Galbraith (+5), Old Conna’s Neil O’Briain (+7) and Ballymena’s Dermot McElroy (+8) who will have better days ahead.

A score was out there on Wednesday and Marco Penge proved it by setting a new course record, going nine under for a round of 62.

The Golf at Goodwood player is having some week after finishing top of his regional qualifying for The Open with a round of 66 (-6).

Penge was seven under through his front nine including an eagle, birdie, eagle stretch son his middle three. On the back nine, he picked up three birdies to find himself three clear after opening rounds.

He said: “My game feels great. It’s felt great all year really. Just been waiting for everything to kind of come together and everything be good on that one day. And today has been that day really. Everything was great. Putting well and driving it well.”

Jack Gaunt (Drayton Park Golf Club) went around in six under along with Todd Clements of Brocket Hall, who is making his first appearance on the tour since winning at his home course in the opening event of the season.

Gaunt was five under for his front nine whilst Clements went bogey-free to start their weeks off on a high.

Dudsbury Golf Club’s own, Lee Thompson is tied eleventh on three under along with several other players including another local golfer Martyn Thompson of Parkstone Golf Club.