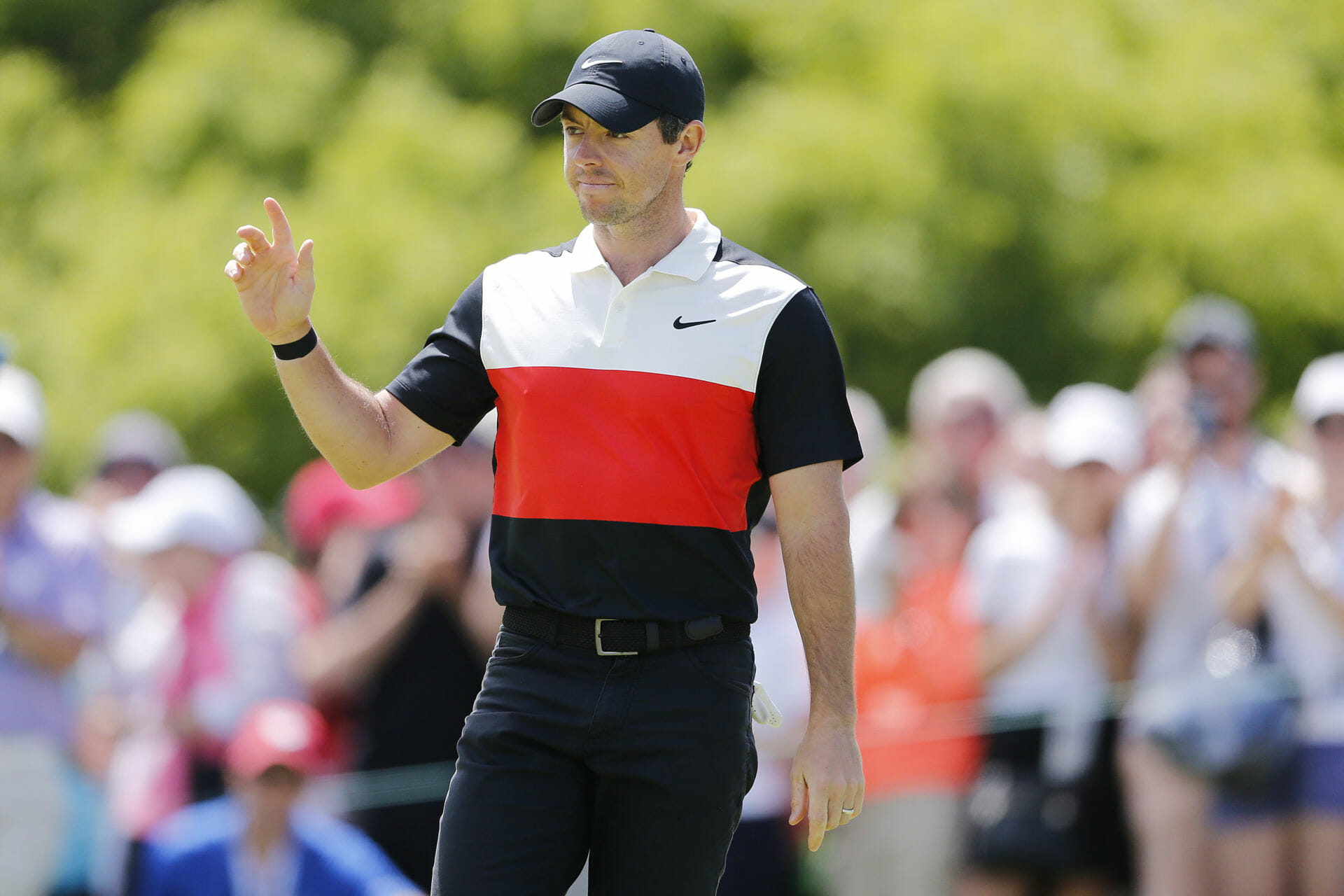 Rory McIlroy brilliantly bounced back from a two-hole near disaster to keep his hopes of securing a fifth Major title bang on track at the US Open at Pebble Beach.

The 30-year old was cruising at three-under through 12 holes and bogey-free for the day before going bogey/double-bogey at 13 and 14. McIlroy was hoping to pick up a couple more shots on the way in and given his length, the par-5 14th was there for the taking.

However, his second shot left him an awkward pitch in that spun off the green before the Hollywood star tried to get too cute with his fourth shot and ended up in the bunker. He failed to get up and down and made seven.

“I was feeling good about myself, six-under par, and felt like I could squeeze a couple more out of the round on the last couple of holes and maybe get the lead going into the weekend,” said McIlroy.

Rattled after going back to par for the day, McIlroy then rallied and after a few hard truths with himself, back-to-back birdies at 15 and 16, including a miraculous fairway bunker approach shot to four feet saw him return to five-under par for the tournament.

“I had a few choice words with myself on the 15th tee, called myself a couple of names,” said McIlroy.

“I’d done a lot of the hard work, three under through 12, and then to give that back in the space of two holes was disappointing.

“To bounce back and play the last four holes in two under par was nice. The bunker shot on 15 turned it all around. It was big for me.”

68/69 over the first two days is McIlroy’s best start in a Major in some time and sees him just four back of Gary Woodland’s lead of nine-under par. Having endured a minor slip-up and overcome it on Friday, McIlroy’s hoping to learn from that experience heading into the weekend.

“I wasn’t as disciplined as I needed to be on a couple of those holes on the back nine, but I bounced back from that, which was a really good sign,” he reflected.

McIlroy get his third round underway alongside Chez Revie tonight at 10.23pm Irish time.