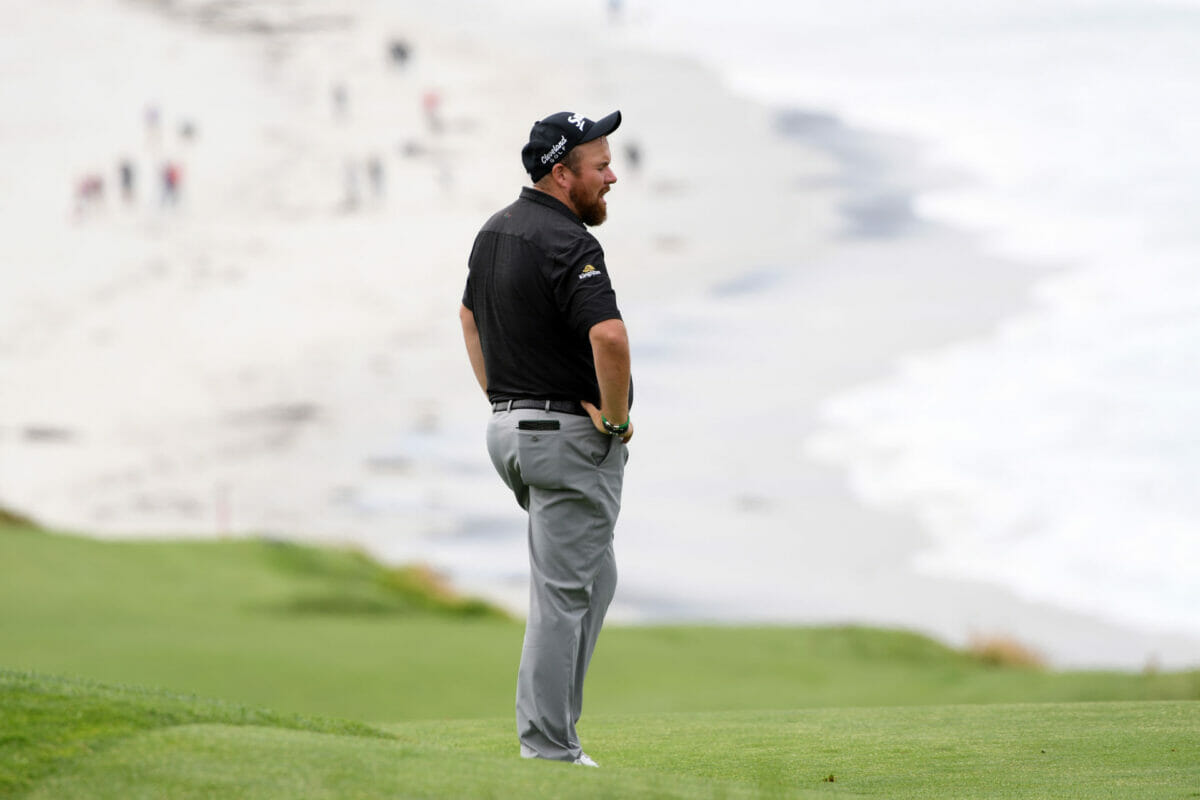 Shane Lowry was able to sleep soundly on Friday night in California knowing he still had 36-holes to make his presence felt at this year’s US Open at Pebble Beach.

The Clara golfer went into the second round knowing that nothing but an under par effort would do having opened with a disappointing four-over 75 on day one at the year’s third Major.

And the 31-year old didn’t disappoint, playing really solid golf all round to eventually sign for a clutch two-under par 69 that saw him make the weekend grade on the mark at two-over par.

“That was hard,” admitted a visibly relieved Lowry who found arguably his best swing of the day at the ninth, his 18th where a piercing drive set up a necessary par that saw him through to Saturday.

“I played great today. I hit a couple of bad shots and that was it. The putter went a bit cold towards the end but it was nice to two-putt eight and nine, which are two hard holes.

“The most disappointing thing would have been missing the cut because I feel so good. I do feel like I can do something over the weekend.”

And why wouldn’t he? At Bethpage Black, Lowry’s attitude in grinding out a place in the weekend was rewarded when he bolted up the board with two rounds in the 60’s on Saturday and Sunday to grab a top-10 at the PGA Championship.

Unsurprisingly, he’s looking for more of the same this time at Pebble but after playing with leader Gary Woodland for the first two days, Lowry is under no illusions as to the size of the task at hand.

“I was excited, and I was ready to go, but that’s golf,” Lowry said after his Thursday standstill. “I will try to get it back into the red from here, but Gary obviously played great today.

“He’s nine under, and he’s a proper player. He crunches it, and he made two lovely putts to finish.”

Lowry has a Major champion for company when he gets his moving day march underway alongside Martin Kaymer at 4.09pm Irish time this evening.