Foster five back at Women’s Amateur at Royal County Down 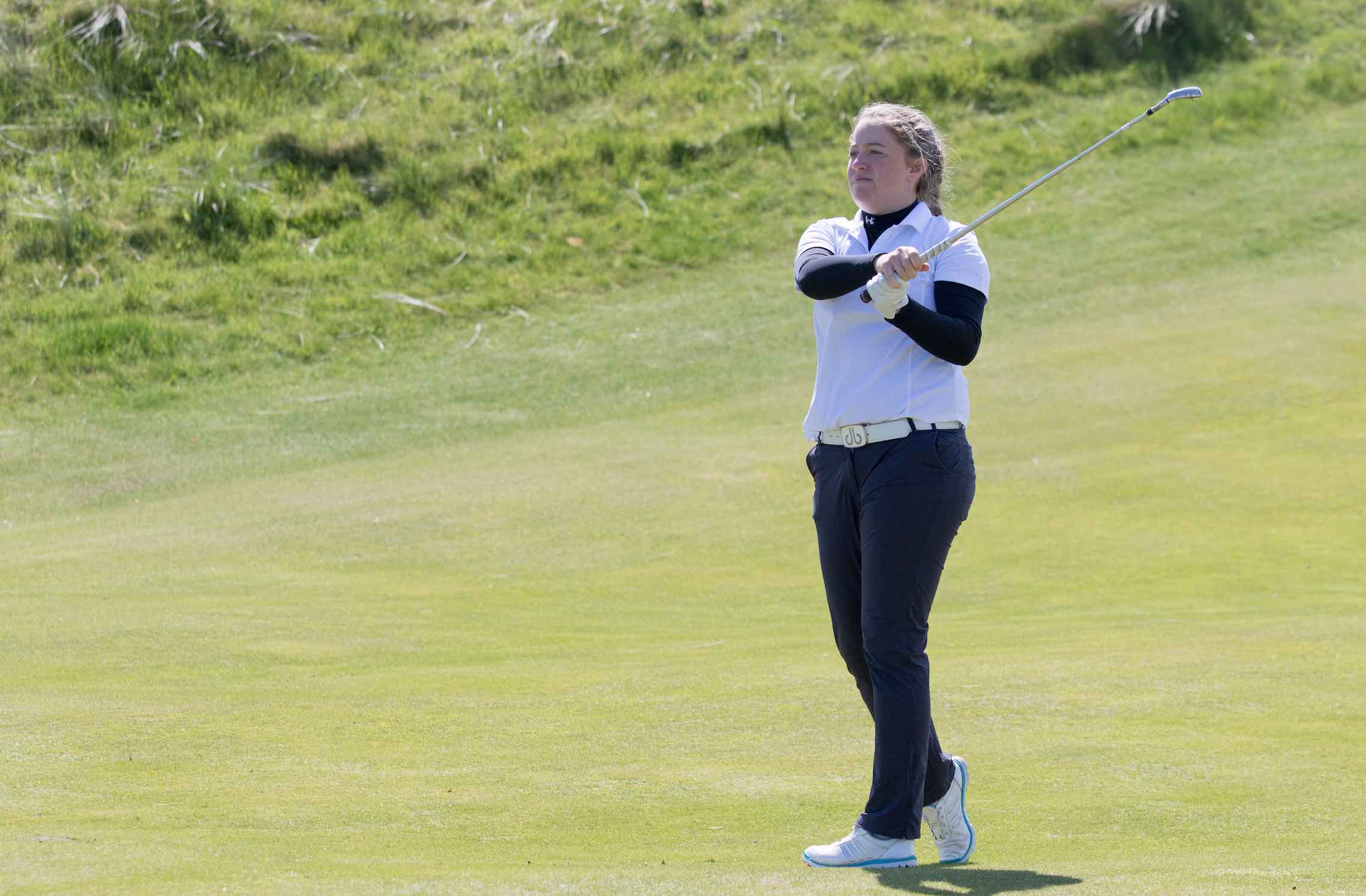 Anna Foster bolted out of the gates with an eagle at the par-5 third before eventually signing for a one-over par 74 and a share of 22nd spot after day one of the Women’s Amateur Championship at Royal County Down.

The Dubliner, who also birdied two of her closing three holes, led home the Irish challenge after a difficult day one for many of the home hopefuls.

“It was playing tough out there today,” said the 17-year-old. “I knew anything in or around level par was going to be pretty good. It was nice to give myself that eagle as a cushion early on in the round as I knew I could afford to drop a couple.”

“The back nine was tough, we turned just as the wind got up but it was the same for everyone and I knew from 9 to 13 I just needed to hang on.”

The first half of 36 qualifying holes was completed in blustery conditions on the links which sits in the shadow of Slieve Donard. Lisburn’s Paula Grant returned a solid two-over par 75 to start while two shots back of Foster sits Ballinrobe’s Shannon Burke who was satisfied with her day’s work despite some challenging moments on day one.

“Yeah I played well, I just hit four bad drives on the back nine which cost me the four bogeys,” reflected Burke. “I hit it into places that I just couldn’t make par from so it was a case of making no worse than bogey.

“Sixteen and eighteen were on for birdies and I had good chances that I didn’t convert but I’m looking forward to going out early tomorrow.”

A stern benchmark has been set as Angelica Moresco (Italy) and Hannah Screen (England) laid down an impressive marker after opening four-under par 69s.

Seven players from Ireland compete in the field of 144 where 26 countries are represented and 12 players are ranked inside the top-50 of the World Amateur Golf Rankings.

Douglas’ Sara Byrne finished with a birdie on her final hole as she shot a seven-over 80 to tie the score of Kirkistown’s Beth Coulter while Lahinch’s Aine Donegan was one shot further adrift after an 81 to start.