Rafferty romps into third with 65 at St Andrews Links Trophy 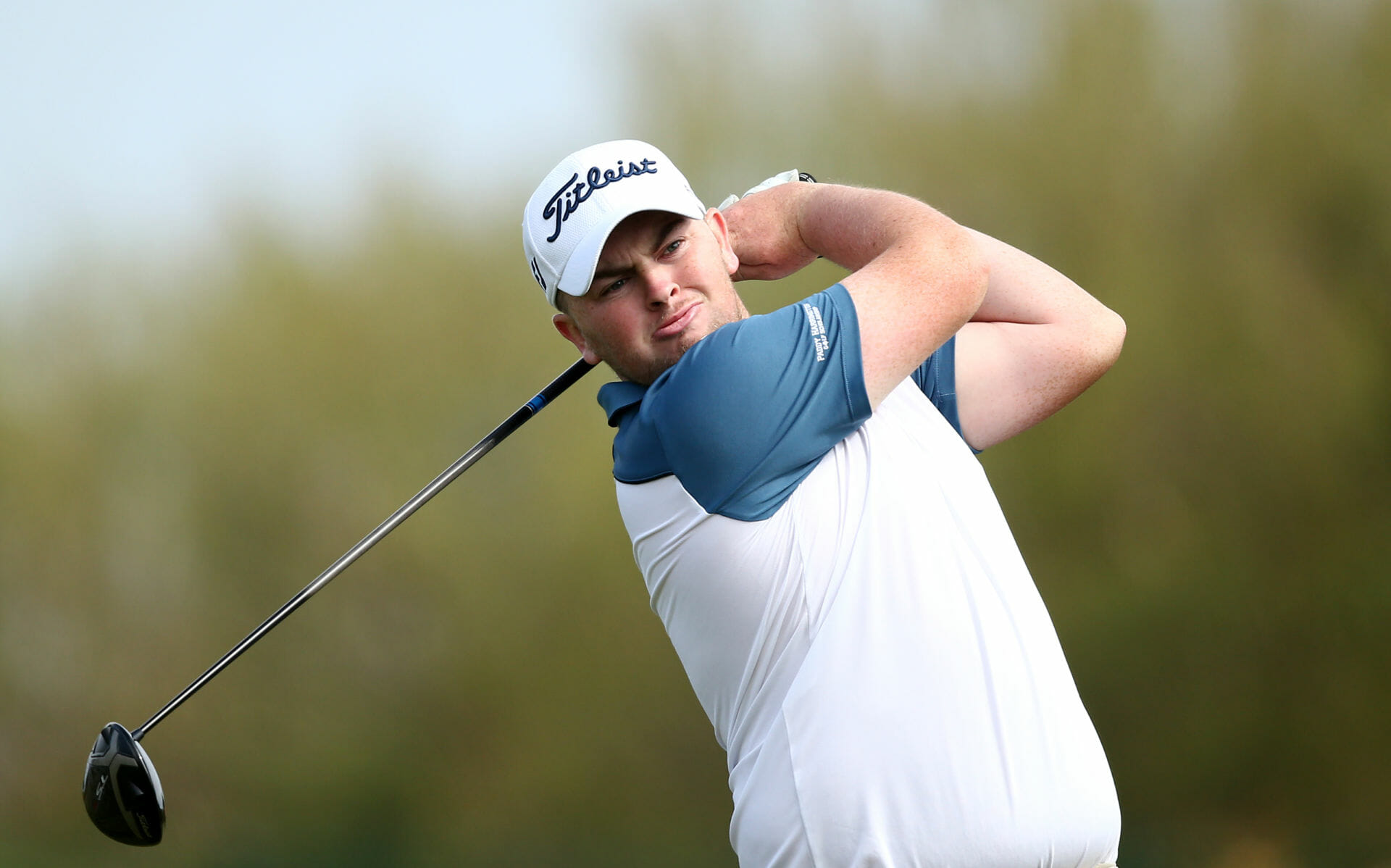 Dundalk’s Caolan Rafferty blasted a brilliant eight birdies around the Old Course, including one at the famous ‘Road Hole’, to move into a share of third at the halfway stage of the St. Andrews Links Trophy in Scotland.

The 26-year old fired a superb seven-under par 65 to move to a 10-under total but amazingly still trails England’s Matty Lamb who added a 63 to his opening 64 to take control of the tournament at 17-under par.

One shot behind Rafferty is Mallow’s James Sugrue who found eight birdies of his own in a stellar four-under par 68 that puts him in a share of 5th at minus-nine.

Galway’s Ronan Mullarney, who nailed a fantastic hole-in-one yesterday, is next best of the Irish at minus six after adding a 70 to his opening 68.

Massereene’s Tiarnan McLarnon is just outside the top-20 at five-under par after carding a one-under par 71 today. That’s the same tally as Hermitage’s Rowan Lester who was unable to replicate his blemish-free 66 wallops of day one as he dropped down the board with a day two 73.

With the cut to the top-40 falling at four-under par, Warrenpoint’s Colm Campbell was one of three Irish to fall just one shot shy having found form with a four-under par 68 on day two that put him to three-under par.

That was the same 36-hole total as Portmarnock’s Conor Purcell (68/73) and Douglas’ Peter O’Keeffe (67/74) who were sadly heading home after disappointing rounds today.