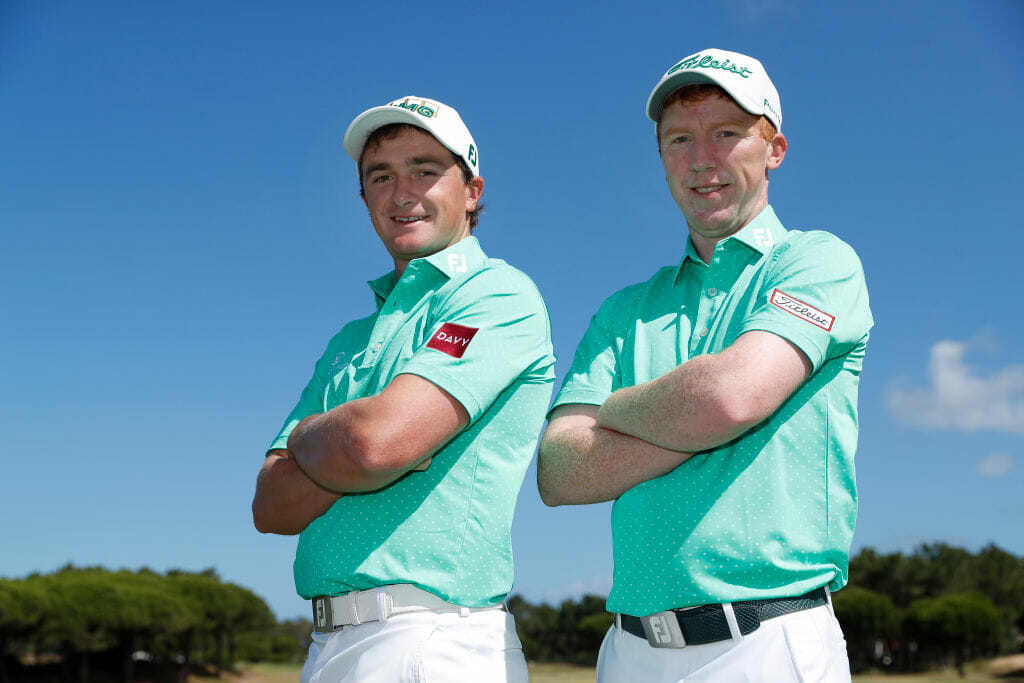 Ireland’s defence at the GolfSixes proved short-lived as the team of Paul Dunne and Gavin Moynihan were dumped out at the group stages in Cascais.

Thonghchai Jaidee sank a hole-in-one, the first ever in the competition, in front of a swimming pool to close out Team Thailand’s victory over the defending champions and progress to the knockout stages, as the innovative event teed off with a bang in Portugal.

Ireland had earlier tied with Sweden and defeated the England Women’s team but their 3-1 loss to Thailand saw them amass just four points, with Thailand going through with five.

“I’m very proud of myself, for my team, as well – I played with Phachara (Khongwatmai) today,” said Jaidee. “I don’t know, I have perfect shot. That’s the main thing, it was the correct club and that is more important. But it can be happen that way, just lucky. I had good tee shot, anyway, but finally we got the points.

“I’m very excited to be in the tournament. Finally we go through, as well, and that’s the main thing we had to do. If my team wins the tournament, I’m going to jump in the pool!”

It was an engrossing start to the six-hole tournament at Oitavos Dunes, where the in-form Spanish duo of Jorge Campillo and Nacho Elvira were the best performers with two wins and a draw – a total of seven points meaning they topped Group D in the round-robin stage.

Two former Ryder Cup winners will also play in the knockout stages, with Stephen Gallacher making it through alongside fellow Scot David Law while Italian Edoardo Molinari qualified alongside his team-mate Lorenzo Gagli. Sweden and Australia were the two other group runners-up to progress.

“It’s one of these formats, if the team you’re playing against birdies the first three, you’re almost done,” said Gallacher. “It’s just a case to try and get off to a good start. We knew it comes down to points scored, so we were trying to win every hole coming in. We gave it our best. We’re through and we’re happy with that.

“You’ve got to keep on top of it. But as I say, it’s more important to get off to a good start, and yeh, you’re nervous. But that’s what you want, when you’re representing your country, you don’t do it very often.”

While an ace from the eight-time European Tour winner Jaidee was one of the many highlights for the fans surrounding the sixth and final tee – located in a bar and lounge area overlooking a swimming pool – the crowds were also witness to an exciting and rare play-off scenario between Australia and Germany Women.

The two teams faced each other in a play-off on the sixth hole after tying on points at the conclusion of all three group matches and, after they could not determine a winner on the first time of trying, they returned to the tee for a closest-to-the-hole decider.

Scott Hend’s tee shot was just less than two feet closer to the hole than Laura Fuenfstueck’s strike and Australia qualified for the final day.