Wind blowing in Ireland’s favour ahead of GolfSixes defence 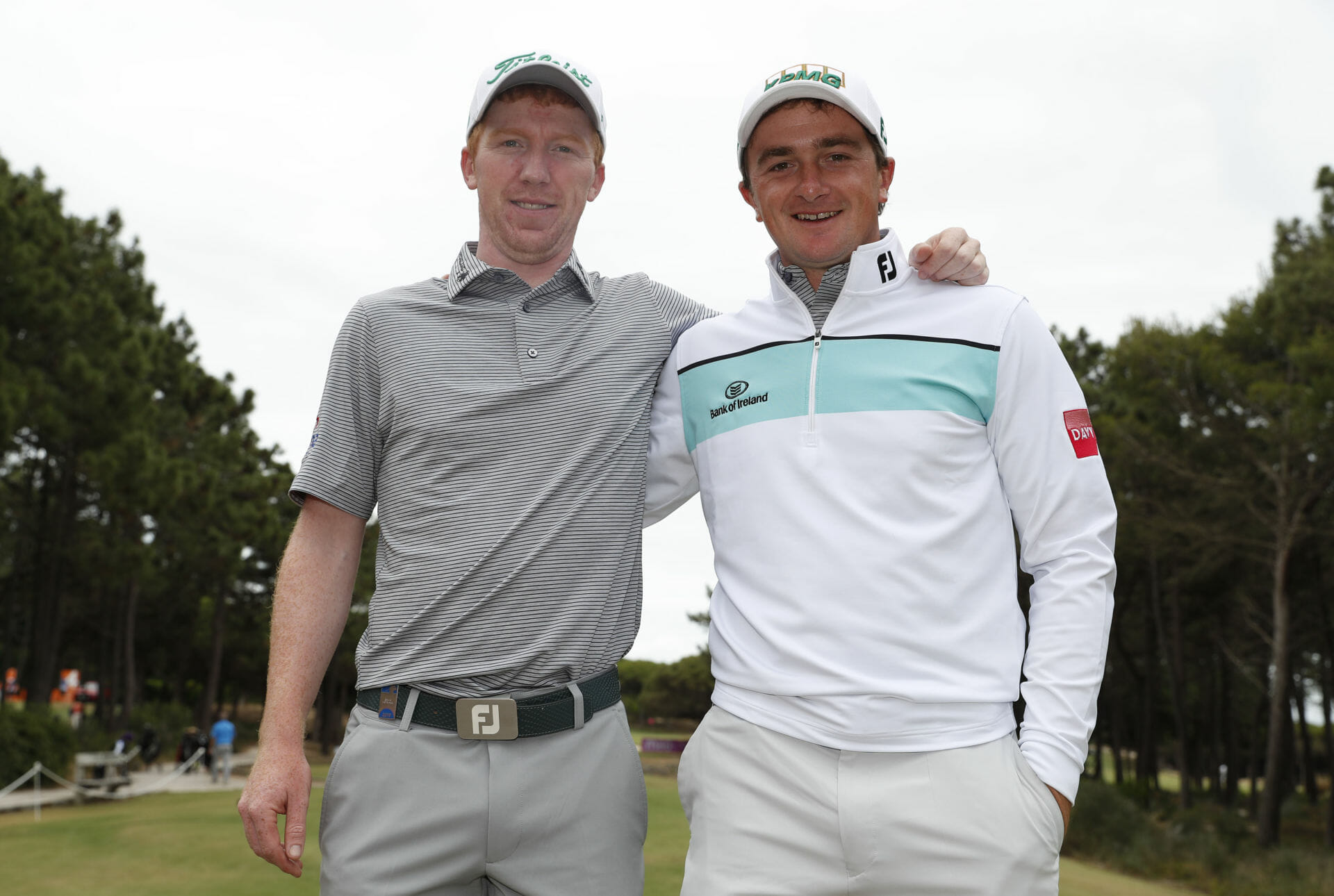 Gavin Moynihan and Paul Dunne are hoping the predicted windy conditions will play in their favour this week as they defend their GolfSixes title in Cascais.

Playing on mainland Europe’s very western tip against the Atlantic Ocean at Oitavos Dunes, the wind is expected to play a part this week and Moynihan believes any wind assistance would be a welcomed addition to Team Ireland’s chances.

“It’s very different to last year, last year there were a lot of drivers and you could just be very aggressive off the tee,” Moynihan said. “This year there’s a lot of three irons or three woods and you just position it, really.

“You’re not going to have long shots in for your second shots so you just have to be in the fairway and give yourself a look on each hole.

“I think it sets up well for us because hopefully it will be windy each day as well. We’re looking forward to the week.”

Alongside Dunne, Moynihan ignited his season last year when the pair overcame France in the final to prove themselves short format experts, but although the fast-paced six-hole event brings about plenty of fun, Dunne is determined to keep hold of the title as he gets another chance to don green, though this time in Portugal.

“It’s set up for a fun format for the week,” said Dunne. “There’s good will between all the competitors.

“Once we get on the course, we’re going to want to win but it’s a good festival atmosphere around it. The weather helps when you’re in the sunshine and everyone is in the rain at home.

“It’s a week we’re looking forward to, the format sets up quite well for myself and Gavin and hopefully we can do what we did last year but you just never know over six holes.”

For Moynihan, the event creates a bit of nostalgia from amateur days in green gone by but once the action gets underway, it will be down to business as usual.

“I’ve been looking forward to this for the last few weeks,” said Moynihan, who picked up £100,000 for the win last year.

“Obviously the golf is the main event but you just have so much fun. Just enjoy it and then when you get on the golf course, it’s just normal business.”

Although the pair intend to implement some pre-game strategy, Dunne admits the format means the pair will need to evolve quickly depending on the situation to ensure both their strengths are being capitalised upon.

“There’s a bit of strategy involved but I think you just play it as it comes, certain people are more comfortable hitting second shots into certain holes.