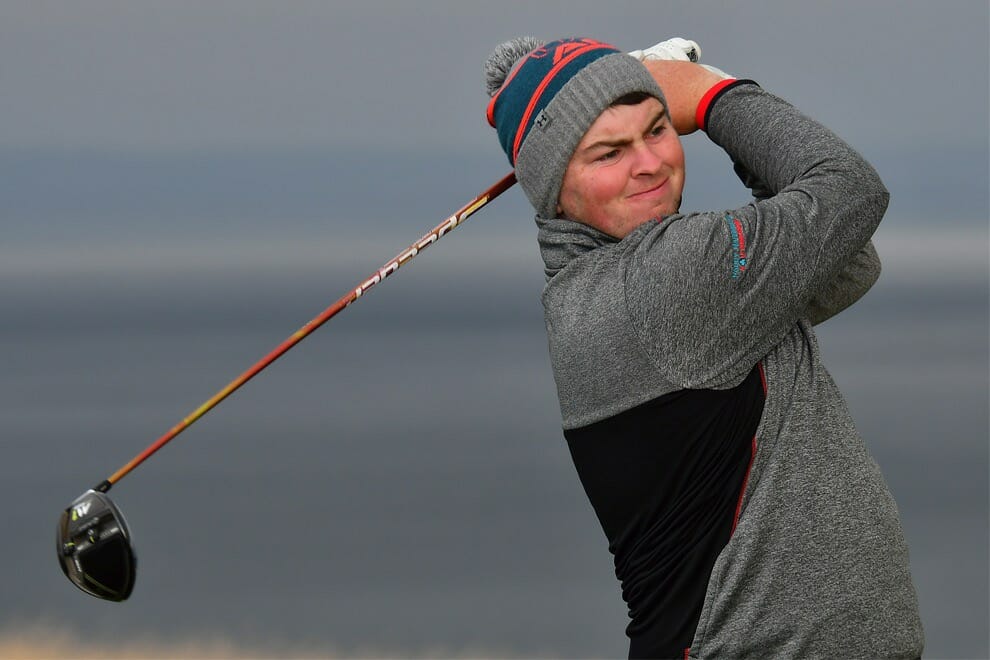 With the 36-hole cut falling at four-over par, three of Ireland’s travelling quintet made the grade ahead of the weekend at the Brabazon Trophy at Alwoodley Golf Club.

Mallow’s James Sugrue was the pick of the bunch on day two as he returned a 71 for a one-over total that puts him in a share of 27th at plus-one.

It was again a tale of two nines for Sugrue who shot to the turn in just 32 before giving his four birdies back with four bogeys on his inward half.

Alongside Sugrue at one-over par is Portmarnock’s Conor Purcell who fired three birdies en route to a hard-fought 72.

With four of Ireland’s five Walker Cup panellists contesting this week’s Brabazon Trophy at Alwoodley Golf Club, there was no shortage of interest from this side of the Irish sea.

Caolan Rafferty was the third of Ireland’s raiders to advance to the weekend as the Maynooth University & Dundalk star returned a tiresome 74 in Leeds to drop 29 places down the board to a share of 36th at two-over par.

The plus-four cut-mark proved one too many for Kinsale’s John Murphy who added a 75 to his opening 72 in his first appearance of the season on this side of the Atlantic after completing his second year at the University of Louisville.

Ireland international Rowan Lester from Hermitage was one shot worse off on plus-six after recording rounds of 72 and 76 for his two days’ play.

The English Stroke Play Championship is among the most prestigious titles in the amateur game and the prize to the winner is even more valuable in the year of a Walker Cup. With the lead held by Ben Schmidt at nine-under par, the likelihood of Ireland’s remaining trio prevailing is remote but they’ll be hoping for hot finishes to impress selectors in a crucial year for our leading amateurs.