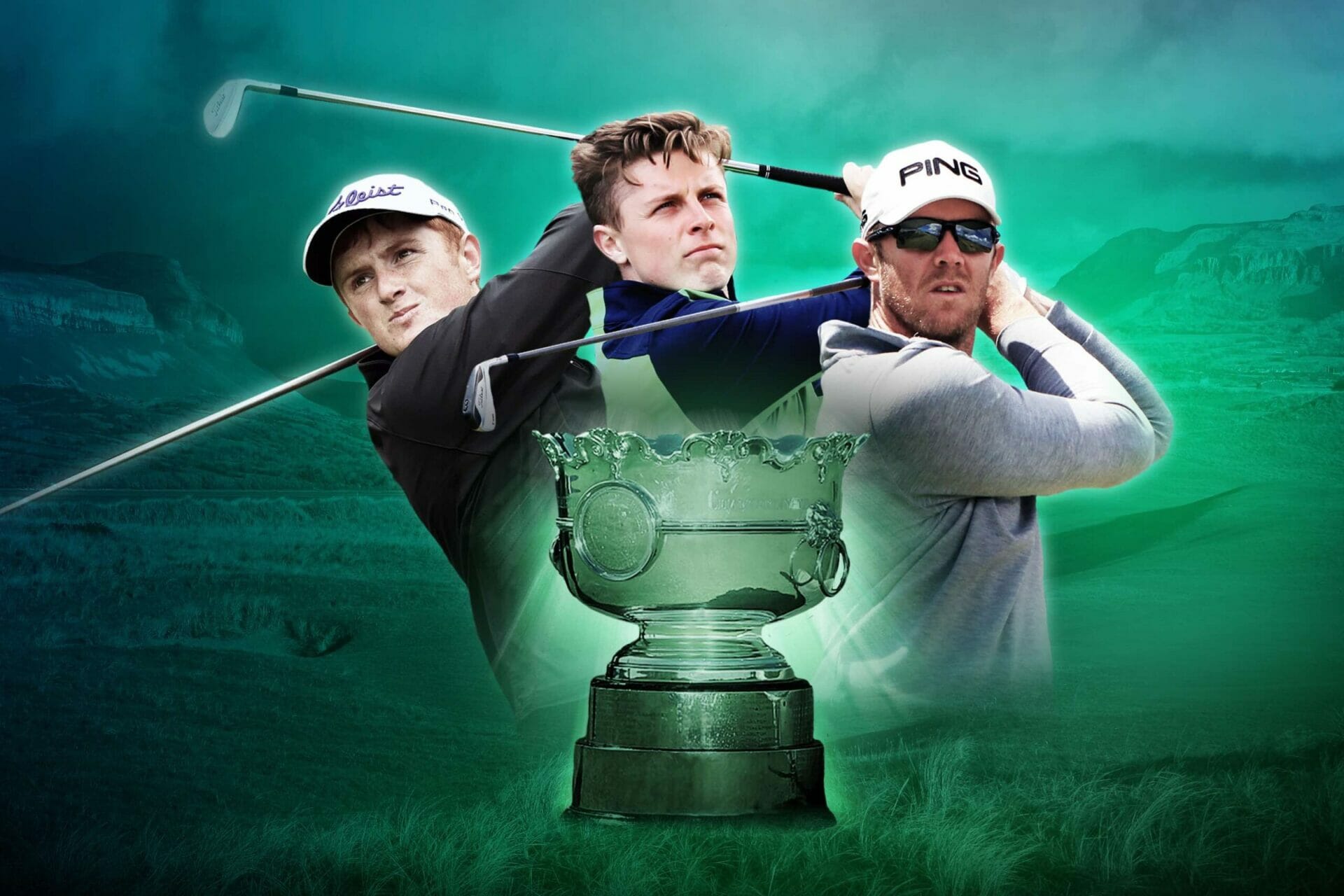 In April, Ireland’s top-two players in the world amateur golf rankings fought out a gripping duel on the final day of the West of Ireland Amateur at County Sligo, with world number 38, Caolan Rafferty eventually wearing down world number 21, Conor Purcell to claim a four-shot win. This week, however, Rafferty’s college commitments have forced him to miss out, with Portmarnock’s Purcell the top-ranked player in a Flogas Irish Amateur Open field typically bulging with talent.

“I would’ve loved to be going,” said Rafferty, “especially with it being at Rosses and having winning course form around there but there’s still plenty to play for this year so I’ll concentrate on the exams now and hopefully have a win there instead.”

Although we can be sure that it won’t be Rafferty’s name inscribed on the old trophy come Sunday, the West of Ireland champion has shared his keys to success around a links course that has sharp teeth to bare should the weather turn.

“If you want to be in contention, you’ll have to drive the ball well,” warned the Dundalk International. “The cluster of holes at 6,7 and 8, if you find trouble off the tee it would be very easy to rack up a double, never mind a bogey. Likewise, coming in, there’s some driving holes there that if you don’t get right, you’re going to struggle to find the green in two when maybe you should be looking at taking advantage of them in birdie and giving yourself the odd wedge shot to get close.

“So, driving is key, and like all golf courses, you have to putt well but if you can do those two things right and the weather behaves itself, you won’t be too far away.”

With the forecast looking relatively golfer-friendly, the other half of that final day battle at the West will be making a much-talked about appearance with 21-year old Purcell having already captured the Australian Amateur crown this year. The Dubliner looked at home on the Harry Colt links in April and he’ll be aiming to keep things simple in a bid to return to the winner’s enclosure at Ireland’s blue-ribband amateur event.

“I think once you play well, things fall into place,” said Purcell, who will have 2017 champion Peter O’Keeffe to watch out for among this year’s title challengers. “I don’t really put an emphasis on a particular tournament or a particular stretch of events. You just need to try keep doing what you’re doing.”

The Flogas Irish Amateur Open was last played over the links at Rosses Point in 1950, when the legendary JB Carr prevailed. In total, there are 135 players teeing up at Co Sligo, including 57 Irish, while this year will mark the fourth consecutive year that Flogas has been the title sponsor to the event.

This year’s renewal should be special, with John Rooney, Managing Director at Flogas particularly excited about the prospect of the event making its return to Co Sligo after a near 70-year absence.

“My brother-in-law is actually a member at Rosses Point so I’m really pleased the event will be played at the course this year,” said Rooney. “I’ve played it numerous times and to my mind, it’s one of the best links courses in Europe and one of my favourites anywhere in the world.”

In recent years, the golf course has been restyled by legendary course designer, Pat Ruddy to better suit the modern game. An extension to the 17th green adds intrigue to the penultimate hole, already one of the most demanding at Rosses while a new tee box on the 14th brings with it an extra burden over the closing stretch. One thing’s for sure; this acid test will produce a worthy champion.