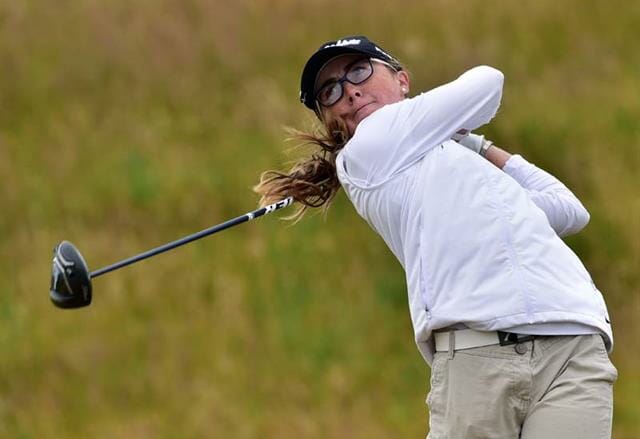 Jessica Ross started best from an Irish perspective; the Clandeboye amateur overturning four bogeys in her first 10 holes to fly home in four-under for an even par effort that sits her in a share of 16th at even par.

With Slovenia’s Pia Babnik out on her own at minus-six, Hermitage’s Ciara Casey and Portarlington’s Meadhbh Doyle find themselves eight shots back after both players returned two-over par 74s.

Grange’s Elisa Corcoran managed just one birdie in her opening 77, two shots better than Ballinrobe’s Shannon Burke who returned a 79 to get her tournament bid underway.

While Cork’s Rachel Thompson (+9), Portrush’s Maura Diamond (+12) and Killarney’s Valerie Clancy (+14) all have work to do after tough starts in Scotland.

The Championship, named after five-time Scottish Ladies Champion Helen Holm from Troon, sees two rounds played on the Portland Course before a final round on the Old Course on Sunday.

The first Championship in 1973 was won by Belle Robertson (Scotland) who went on to win on two further occasions. Other notable winners are Solheim Cup players Catriona Matthew and Mel Reid who, in 2007, became only the second to win back-to-back titles.

Most recently, Olivia Mehaffey (RCDL) captured the title in 2015, while Danielle McVeigh (RCDL), Leona Maguire (Slieve Russel) and Martina Gillen (Beaverstown) have also been successful at the Ayrshire course.

The event this year will be closely watched by Great Britain & Ireland selectors, including Junior Vagliano Captain Maria Dunne. Players have until after the St. Rule Trophy (1 & 2 June) to confirm their place on the GB&I team to take on the European side in the Vagliano Trophy at Royal St. George’s.