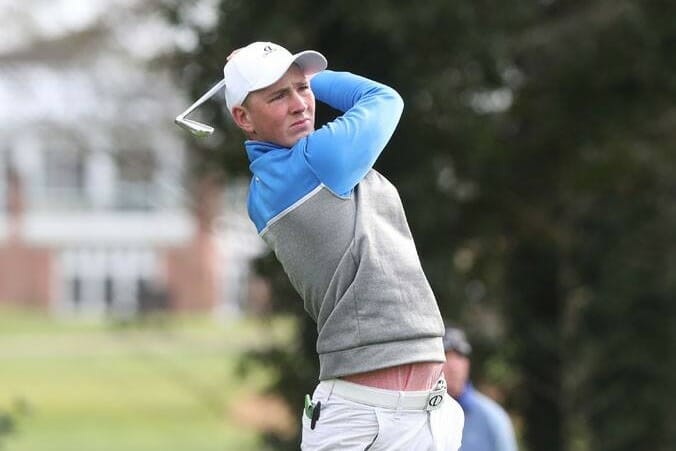 Luke Donnelly ensured his safe passage to the last day of EuroPro Tour qualifying as he leads the Irish challenge after day two at Q-School Final Stage at Frilford Heath.

The Mount Juliet professional fired five birdies in a three-under par 69 to move into a share of 13th at four-under par.

Neil O’Briain added a one-over par 73 to his opening 69 to comfortably make the 36-hole cut at two-under. That was one shot better than Headort’s Joe Dillon who made his way into the red at one-under par after adding a 71 to his opening 72.

Naas pro, Conor O’Rourke struggled on day two with a two-over 74 but he advanced in a share of 55th at even par, the same total as Bushfoot amateur, Owen Crooks who went 10 shots worse than his opening 67 with a 77 this afternoon.

The 36-hole cut fell at one-over par and that brought an end to a raft of Irish hopefuls. Michael Dallat (+2), Woodcote Park’s Peter Williamson (+2), Damian Mooney (+2), Shannon’s Daniel Brennan (+3), St Annes Cameron Raymond (+3), Cork’s John Hickey (+5), Bundoran’s Adam Dunmore (+7), and Declan Loftus (+7) were all sent packing while Stephen Grant retired early after an 81 in round one.

In all, 80 players plus six ties progressed to the final round of play tomorrow on the blue course.