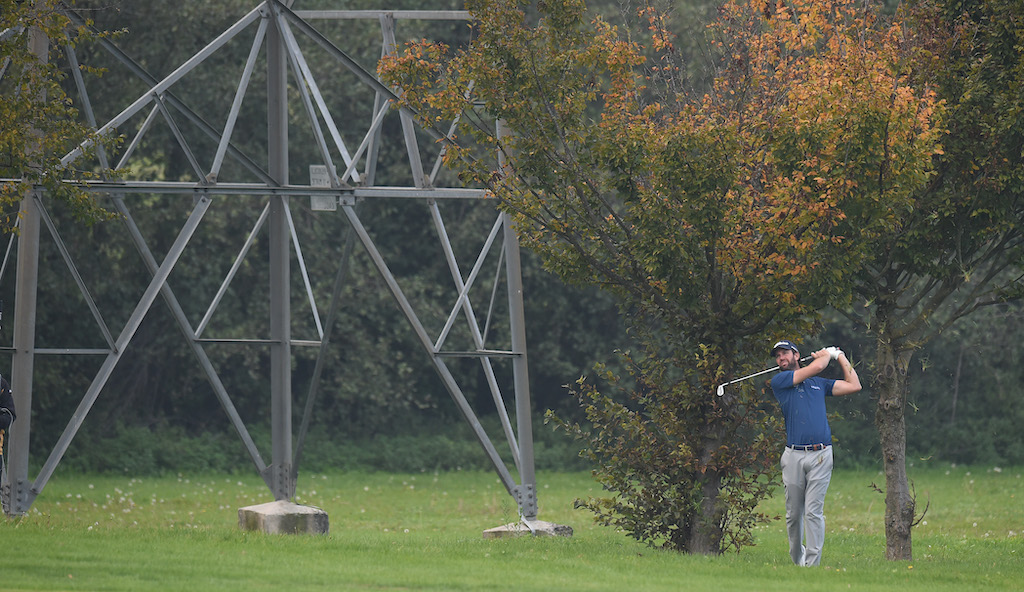 Scott Jamieson had a ‘dream start’ in sensationally bagging what at first was a bizarre unseen ‘ace’ early in his round on the opening day of the 77th Italian Open in Brescia.

The bearded Scott was four-yards shy of 200-yards at the par-3 second hole of the Chervo course with his tee shot landing around 18-inches short of the hole and then disappearing into the cup.

For those of you who thought I wasn’t excited about my hole-in-one today ?#ItalianOpen pic.twitter.com/EqBV0SthzT

Bizarrely, Jamieson nor his caddy and playing partners were aware of the ace while there was no reaction from a handful gathered around the green.

It was not until the Florida-based Glaswegian spotted a pitch mark about 18 inches shy of the flagstick.

This was revealed in video footage of the ace with Jamieson showing no reaction other than handing his 6-iron back to his caddie and walking off slightly uphill towards the green.

He said: “We had a good number and I made a good swing and the ball actually disappeared.

“I said to Richie (Blair – caddie) ‘did that go in?’ because no-one around the green reacted, and none of the other guys in the group reacted.

“There is a little ledge behind the hole so we figured maybe the ball dropped off the back.

“Then as we were down to the green, I saw a pitch mark in front of the flagstick and I thought then it may have gone in, and thankfully it had.”

Sadly, there were no keys to a spanking new car. Not even a bottle of champers post round. Just the honour on the next tee.

This is in contrast to four years ago when Jamieson grabbed a maiden Tour ace and earned himself a £40,000 BMW M2 for his 5-iron effort on the 10th hole on day two of the 2016 BMW PGA Championship at Wentworth.

Jamieson then raced to six-under par for his Italian round thanks to birdies at four and five, holing an eagle ‘3’ putt at the sixth.

But it turned sour for the World No. 240 ranked Scot in completing the next dozen holes in two-over par for a four-under par 68.

He said:  “It was frustrating because I was six-under after six holes and after getting off to a dream start and to finish on four-under was pretty frustrating.

“I definitely had some bad swings out there that left me in some tricky spots while I missed a few other opportunities, as well.

“Looking ahead, the greens are pretty receptive given there was no wind out there at all, and their lovely surfaces to putt on, so there are going to be tons of birdies the next few days.”

England’s Laurie Canter, 30, grabbed an eagle and 10 birdies in starting from the tenth in a sizzling 12-under par 60 to lead the field by two shots.