Is there really a formula for success? 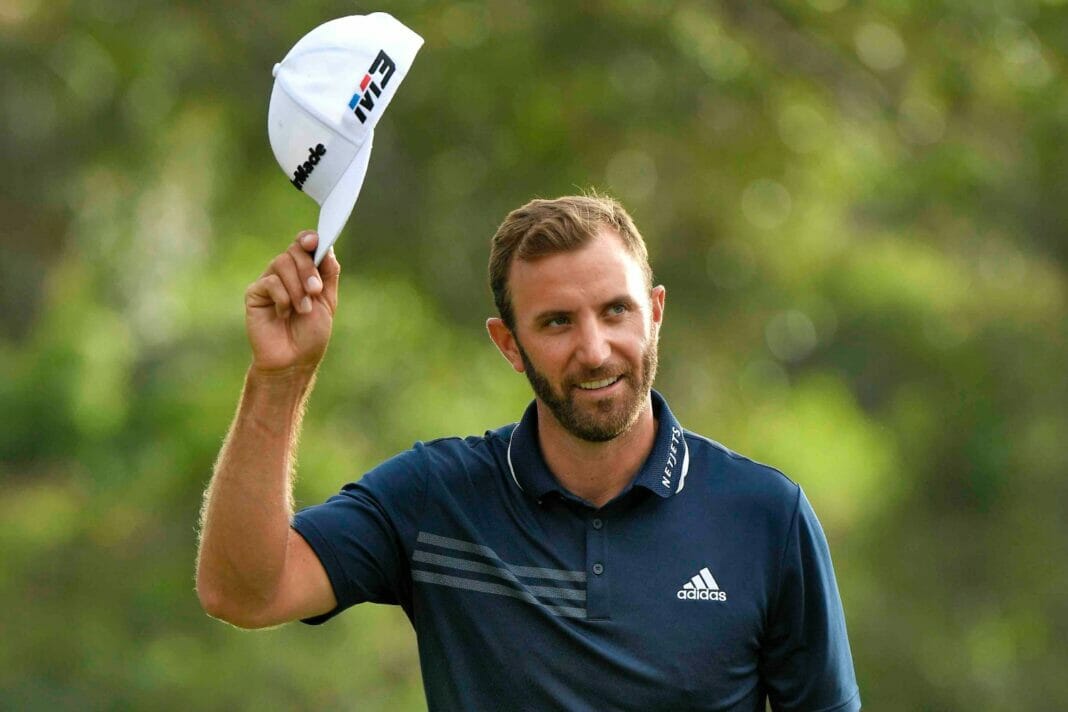 Golf, at its core, is a game of mathematics and physics. It is motion mixed with geometry, gravity mixed with probability, velocity mixed with analysis, and pressure mixed with statistics. An intricate knowledge of these laws is not necessarily required to play the game at the highest level, but like skinning a cat, there is more than one way to work your way around the course.

The number one player in the world appears to spend little time dwelling on the whys and why nots of physical law, but is blessed with a seeming innate control of motion and an instinctive understanding of velocity and gravity. Dustin Johnson is happy to know that standing a little closer to the ball allows him flight the ball lower, without entirely getting to grips with the reasoning behind it all. And let’s face it, it works for DJ.

But for every Dustin Johnson, there’s a Bryson DeChambeau. A physics major at Southern Methodist University, DeChambeau is rather unfairly dubbed “the mad scientist” by much of the golf media. If there is a fine line between genius and insanity, three wins in the last 13 months would suggest the “mad side” of the line has less frequent occupation.

In many ways, DeChambeau is the next generation’s Padraig Harrington. Personality aside, Harrington has spent decades looking for the something to give him an edge, often veering a long way off the conventional path. Among the Dubliner’s more unconventional efforts at improvement, were deliberately gaining weight in an effort to stabilise his swing, and wearing eyeglasses despite claiming to have 20/20 vision.

As is common with the baton change of generation, the bar is raised, and boundaries are stretched so that what was once off limits becomes plausible.

Forget the flat cap – purely economical in the fact that wearing something different separates you from the field, thus making you more financially viable marketing tool, and all well and good if you have the confidence to wear it – it is the playing equipment and style that makes Bryson one of the most interesting players in the game today.

Playing custom made irons, identically shafted, and all cut to 37.5 inches long – the equivalent length of a standard seven-iron – the 2015 US-Amateur champion has attempted to develop a swing to repeat time and time again.

Unusual as that may be, the logic behind it is clear to be seen, however, it is one of DeChambeau’s less controversial innovations.

In early 2017, the unorthodox pro introduced the world to the concept of side-saddle putting. For those that haven’t seen it, the technique comprised DeChambeau standing with his chest facing the target, and swinging a modified putter perpendicular to his body, much akin to a croquet stroke.

If you’re wondering why you haven’t seen the stroke in action it is because within a month of first use, the USGA put a halt to proceedings, deeming the modified putter – which featured a shaft fixed to the centre of the putting head – illegal. Although theoretically, further modifications to the putter could’ve tested the USGA’s resolve, DeChambeau appeared to see the writing on the wall and reverted to a conventional putting stance.

That was far from his last run in with the USGA rules committee, however. Earlier this year, the USGA announced that the use of drawing compasses were now banned and once again, DeChambeau was the catalyst. Using the compass to trace “true” pin positions on his green reading books, the California native felt that all too often the accuracy of the pin sheets provided did not live up to his standards.

And yet here we are, 18 months after the side-saddle scandal and less than two months since “compassgate,” DeChambeau has notched his third PGA Tour win and is expected to make his Ryder Cup debut at the age of 24.

Experimentation is the cornerstone of scientific theory, and a true scientist’s search for answers is never-ending.

The laws of probability and logic suggest that DeChambeau’s days of tinkering are far from over.