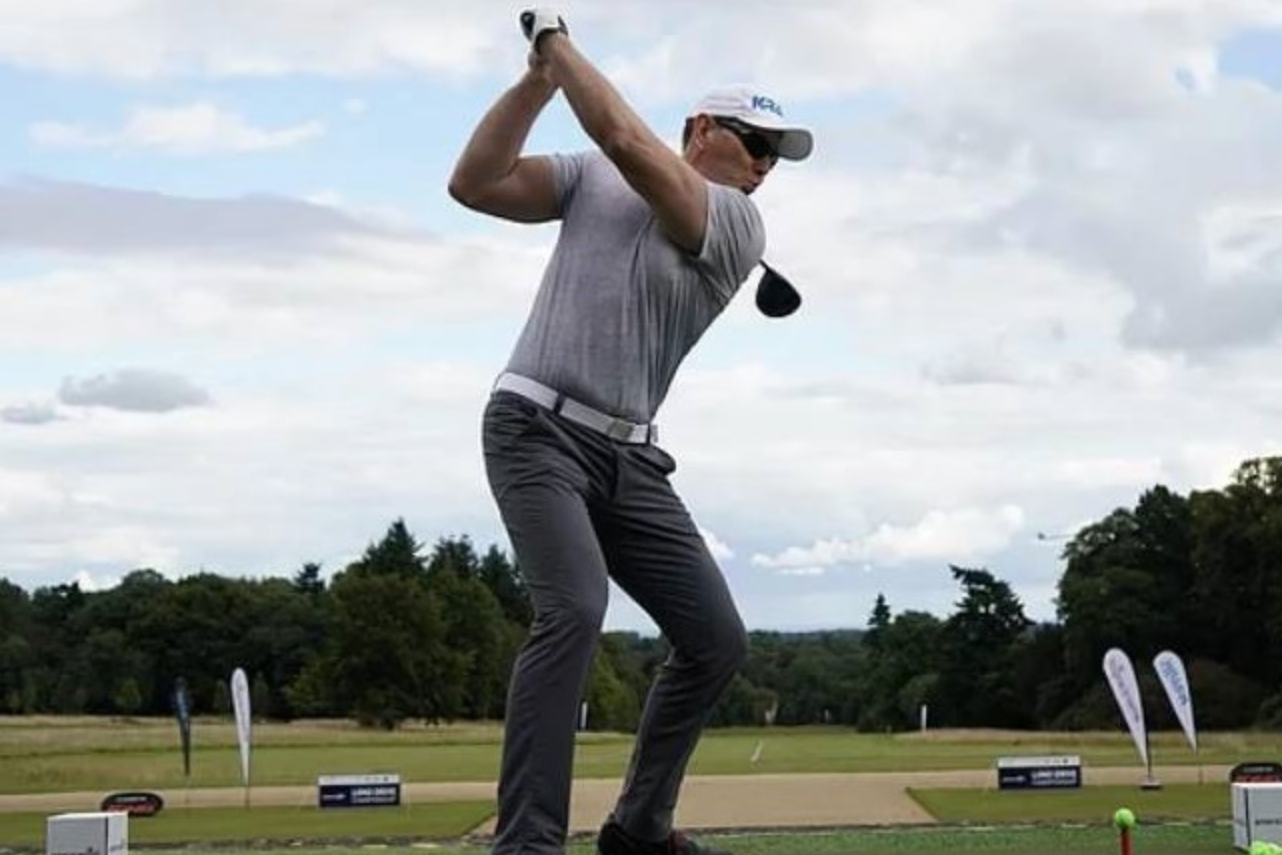 Gorey property developer William Hunt-Tyrell has qualified for the final of the American Golf U.K. Long Drive Championship as top qualifier following a hugely impressive drive of 367 yards or just over 3 times the length of the pitch at Wembley.

This achievement leaves William one step away from claiming the Over 45 U.K. & Ireland title he narrowly missed out on in 2017, along with a place in the World Championships in the U.S.

William, 47, who is a member at Arklow Golf Club, Co. Wicklow, was one of thousands of budding long drivers from all over Europe who entered the event run by nationwide golf retailer American Golf. He won the first stage qualifying at his local American Golf store in March, progressing to regional qualifying where he sent out a 367 yard monster to secure #1 seed in the final. William now lines up against the best long drivers in Europe at Chester Racecourse on 2nd August, where he will be the guest of American Golf and tournament sponsor Callaway to do battle for the national title and the only U.K. Over 45 qualifying spot for the World Championships in Oklahoma.

After a strong start that he couldn’t quite maintain at the 2017 final William is keen to go one better this year, he said, “I’m delighted to have qualified for this year’s American Golf Long Drive final as it’s the most sought after long drive title in Europe.”
After watching qualifying come to a close, Matt Bacon, Head of Events at American Golf couldn’t hide his excitement for the action to come, “Although we’ve seen golfers from all over the world fly in to take part this competition is all about the huge numbers of loyal American Golf customers who come back year after year to compete in store. Having Callaway as sponsor has been a huge draw this year and with them involved the mixture of talent we have has raised the bar for the competition. I can’t wait to get all of the qualifiers to Chester racecourse to compete for what is now without a doubt Europe’s most prestigious long drive title.”

Nathan Dennis, Retail Marketing Manager at Callaway Golf, the 2018 tournament sponsor, added, “It’s been fantastic seeing so many golfers trying the new Callaway Rogue Drivers to give themselves the best chance of qualifying in store and we can’t wait to greet all of the qualifiers at Chester Racecourse for what promises to be an incredible final. It’s a real pleasure for Callaway to be at the heart of helping so many people get the best out of their game and this tournament has been a perfect example of what our Jailbreak Technology can do to unlock golfer’s distance potential.”

The 2018 Under 45, Over 45 and Ladies finals will be shown on Sky Sports. Spectator entry to the final will be completely free and all are welcome. The Long Drive Championship is one part of American Golf’s drive to get more people hitting more balls and for 2018 those balls have been going a very long way!