The six inches between the ears – Happy new year! 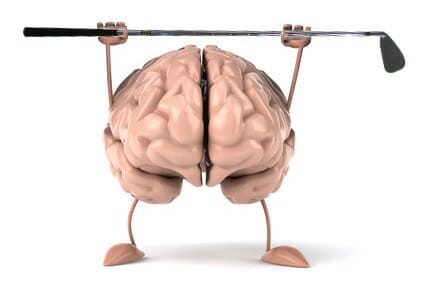 It’s with great speed that emotions shift at this time of year. On December 31st I was full of beans – like a kid on Christmas Eve I could hardly catch a wink. The anticipation of a big night of celebration, salivating atop the bar as I watch the golden syrup bubble to the top of a well-judged pour. That first glorious sip of a thirsty pint, so full of life as it calls my name from the bottom of the glass.
I’ll get there lads, if you let me.

Each gulp better than the last. It was worth the wait, 2017. We’ll drink to the next one, and then some.

But then I awake to another year a day later, fortunate to make the milestone that too many didn’t manage. And of course it’s great to be alive but I look around at the lack of green in my concrete jungle and you forget that fortune quickly. You wake up in the dark and leave work in the shadows and with more storms than leftover selection boxes sweeping the country at the minute, it can be hard to see the light.
At least for a golfer anyway.

Of all the first world problems I’ve encountered I’d place golf deprivation high on the list, but if you can’t feel sorry for yourself at the start of January then when can you? Sitting on your window ledge as the droplets bounce off your reflection – a melancholic record in the background forming the soundtrack to a most miserable evening.

Only couldn’t it be worse? There’s nothing stopping an able bodied young man like me teeing it up for a quick nine on the weekend, other than desire. Sure isn’t it fierce mild out after all.

But it wasn’t me I was pitying upon my ledge, rather those whose bodies no longer facilitated a willing mind- all triggered by watching Phil ‘The Power’ Taylor get annihilated in the Darts Final by Rob Cross.

Phil Taylor – how’d we get there? A more out-of-tune athlete I have not seen and yet despite his obnoxious personality I admired him momentarily. 57 and throwing darts at the pinnacle of the game – it’s not often you’d see a golfer compete at such a lofty age for a Major – Tom Watson aside from memory.

I get that the two aren’t comparable, at least not in this forum. Pint in one hand and a pie in the other, some would argue that you could spit darts at a board from the high stool for two years straight and have it mastered. Still, there was something regrettable about seeing Taylor’s stretched tattoos and bulging torso in high definition. It was the end of an era. Another one? I’ve been on this planet a little over a quarter of a century but eras seem to come and go nowadays more than ever.

Time to leave Ireland for little old London then. Holidays over.

I went to the airport sadder still, praying Ryanair randomly sat me beside someone less portly than Taylor. I used to listen to this band called ‘Editors’ who sang that the saddest thing they ever saw were smokers outside the hospital doors. Well the special assistance waiting room of international terminals must be a close second. Left behind for a stranger to push, expiring loved ones look on helplessly as fleet-footed frolickers whiz past their cordoned off section of solitude.

Oh to be young again.

With the solitary raincloud refusing to budge from my crown I check on my plane’s status: Flight delayed without sympathy. Thanks for coming two and a half hours early all the same. Best Wishes, Michael.

Left with my own thoughts, I soon wonder if Dad would’ve golfed if it was ten years earlier. He didn’t even suggest it. We weren’t exactly asking. First Christmas we haven’t played in a while all the same.

Golf courses are starting to get a bit long for my Old Man, as they have done for so many before him. The carry over the first on the Monty at Carton just about kills him – the craters lying in wait soon finish the job. He’s one of the few septuagenarian fairway stragglers scant of an electric trolley. I guess he wouldn’t want to get too fond of it. Though there’s a few rounds left in him yet.

Christ though, it must be an awful curse getting old. Dad’s good friend, Big Jim, used to hate this time of year. Walking a golf course had become too much to ask so from November to March he was grounded at home – sodden fairways not conducive to the four wheeled golfer.

Big Jim didn’t get his name for being small either. Built like a fridge-freezer he was always the long-hitter of the group. A 300-yard bomber long before technology advanced to get him there. By the time age took a hold of him, however, I’d hit my nine-iron further than his drives.
Bring on the summer’s heat to dry out our sacred turf. What that bit of extra run could do for a man’s spirit.

I suppose that’s what we can look forward to so…

Wait! What can we look forward to?

Oh, I thought you were going to say…

…Thank God it’s a short flight back to London. These delays would put years on you.