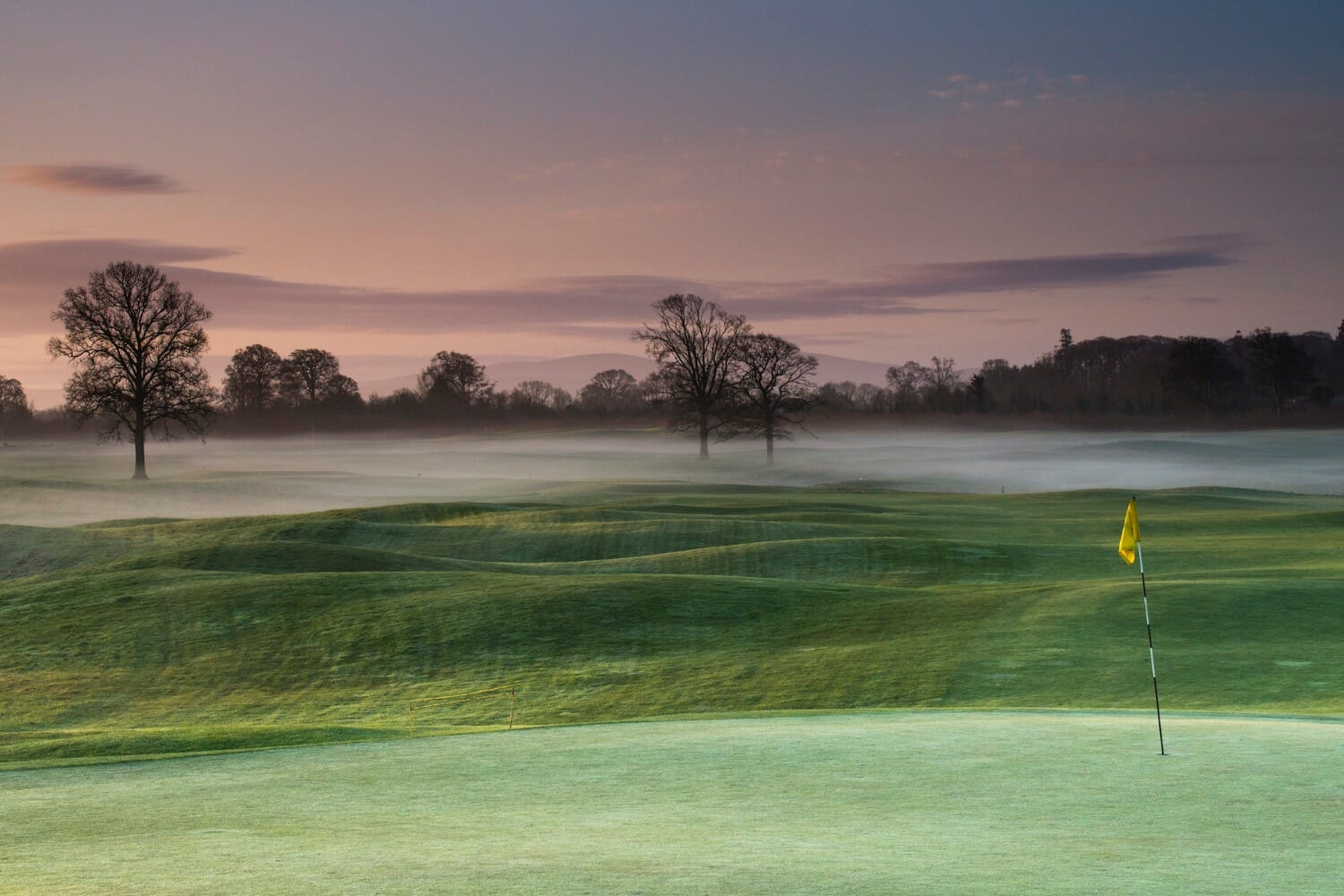 While the PGA Tour pulled the plug on an army of spectators invading Memorial, our ears remain pricked for Ryder Cup organisers to finally make a decision over the fate of this year's tournament
Read more

Trudging around sodden fairways, through sopping rough – armed with leaky shoes and a flimsy umbrella – has all the appeal of a kick in the you know whats. Well, maybe this says as much about my equipment and preparation as it does about the weather, but I’m usually more than comfortable with my clubs taking a leaf out of Yogi Bear’s book, and going into winter hibernation.

But every so often, temporary insanity kicks in. Two weeks ago I got a call asking if I fancied playing the Montgomerie course at Carton House on Wednesday. I glanced outside – it was 4 degrees, wet, and thoroughly miserable – I said “yes”, with the early bird offer available of €42.50 certainly a contributing factor (this rate is available until February by the way).

Wednesday morning came, and I peeked through the curtains with all the trepidation of a soldier peering to see if there are enemy snipers around. A red sky – I’m not sure why sailors and shepherds prefer a black sky to a red one in the morning – but either way, it was hardly enthusiasm inducing.

Halfway round the M50, there was still no rain, and the first non-negative thoughts began to launch guerrilla attacks on the pessimistic stronghold that was my brain. Maybe it mightn’t be too bad, I thought, it might just be cold, and damp rather than cold and wet. I could live with that.

Just then, the phone rang. “Looks like we got a great morning for it.” It was one of my playing partners, and surely he’d just cursed it. In the interest of decorum, I won’t print my reply, but I’m glad my umbrella didn’t overhear where I planned to stick it should the heavens open.
And there it was. The first spits of rain on the windshield, and darkening skies to the west. And then I was hit with a horrific realisation – the kind you get when you realise you’ve left your wallet on the bar counter, or gone on holiday and left the immersion on – my wet gear was on the kitchen table at home.

Still little more than a soft drizzle, we arrived, got cards sorted and headed off to the first tee. The wind was howling and into off the left. Of course it was – all the trouble is off to the right.

And then a strange thing happened.

The drizzle stopped as we were about to tee off. The wind was still up, but hey, wind without rain is like The Spice Girls without Geri Halliwell – still a challenge, but an awful lot easier to stomach.

The fairways were short and dry. The rough was penal, but wayward shots findable. The greens were smooth and quite fast for December. Altogether, the course was in terrific shape, and a hugely competitive four-ball match began to take shape.

One side (not mine) managed to throw away a four-hole lead, and a halved final hole left it all-square, and we began our walk to the clubhouse following what had been a very enjoyable round of golf.

After most winter golf, a hot shower is not only welcome, it’s a near necessity as blood circulation has dropped to alarming levels. My usual modus operandi after 18 holes in December would be to stand under the blissful, steaming spray until I’m completely satisfied that numbness was due to the cold and not to nerve damage contracted somewhere over the previous four hours.

This time, showered and changed, I was settled before a settling pint inside 15 minutes.

I can’t say I’m going to be braving the elements on a regular basis, (lady luck’s favourable eye on this occasion means that I’m due to have hailstones the size of bullets bouncing off my head as I yearn for the umbrella that I’m sure to have forgotten) but playing a course that is that well-conditioned certainly makes it a much more appealing prospect.

Few golfers today would have heard of possibly the unluckiest of them all but here's the story of James Douglas Edgar, the Newcastle man who was destined to become the best player in the world
Read more
Tour News

McDowell on the move as Lowry fades at Workday Open

No moving day joy for Moynihan in Austria