Is there light at the end of of the slow play tunnel? Perhaps. 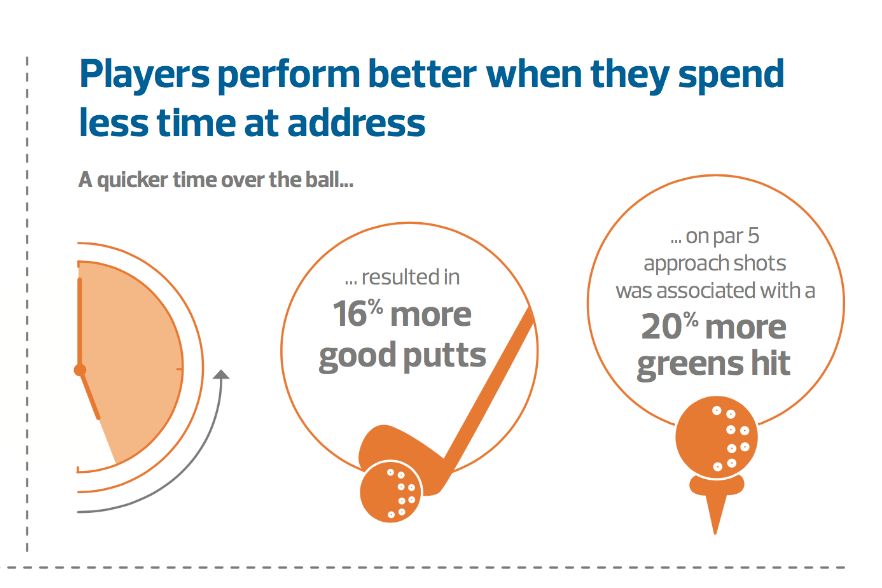 • Time spent at address – is there an optimal amount of time to spend at address?
• Player behaviour/pre-shot routine
• Pre-round and practice round trends and patterns

1.  Spending less time over the ball could earn a European Tour player an extra €189k per season.

2. Quicker shots improve performance. A shorter time over the ball across all putts results in a 90 per cent increase in the likelihood of strokes gained.

3. Consistency of time spent over the ball leads to a greater chance of making the cut. When players are more consistent in rounds one and two they are 50 per cent more likely to make the cut compared to less consistent players.