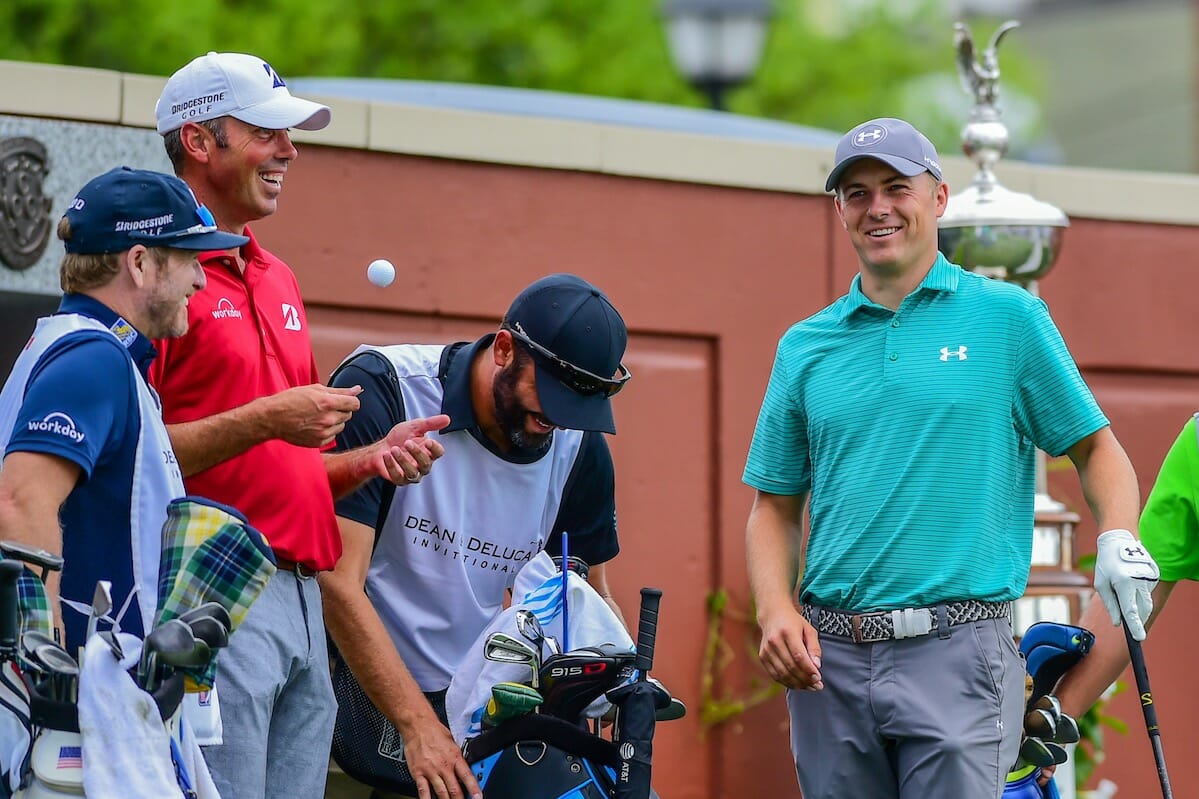 I was very surprised how many people seemed to dislike Jordan Spieth. His win at The Open recently will go down as one the greatest displays over the back 9 ever.

He starts the day with everything to lose. He is 3 shots clear of Matt Kuchar and the rest of the field are another few shots further back. Sunday was going to be a formality. Kuchar, a money-making machine and a steady Eddie, was never going to catch Spieth. But winning is never that easy.

Spieth admitted after winning that he had never been as nervous as he was on Sunday. He was carrying mental scars from Augusta 2016 and losing a 5 shot lead. The one person who didn’t think the tournament was over was Jordan Spieth.

There isn’t even a hint of arrogance about Jordan Spieth. His press conferences after golf are full of respect towards the press and his fellow competitors. He answers every question honestly not with some PR company prepared statement. Ask Spieth a question and you get the answer, an honest one.

Walking to the tee on Sunday he greeted the volunteers shaking hands with each one and wishing them well. Kuchar his playing partner for the day and he acknowledge each other, not because they have to in front of the worlds eyes, but because they respect each other. In my opinion we probably had two of the nicest guys in golf playing in the final group of The Open.

Maybe Kuchar was happy to finish second and Spieth knew he had it won but I don’t think so.

After four holes everything had changed. Spieth’s rough start and Kuchar playing his steady game were all tied. Spieth was on the ropes – anything could happen now.

Spieth’s mind was scrambled all the mental baggage from Augusta rushing back to the front of his thoughts. This could be the end of Jordan Spieth, he might never recover if he loses this one.  The players are tied after 12 holes and it’s anyone’s to win.

I remember when Padraig won around Birkdale in 2008 the 13th was a key hole. On that day birdies were few and far between, Padraig hit a perfect drive and long iron to 15 feet and holed the putt for birdie and went on to win his second Open Championship. And not surprisingly the 13th played a significant role again this time around.

Spieth hit one of his wayward ones and was lucky to find the ball. It then took 23 minutes to take relief from an unplayable lie. During this whole drama Spieth never lost his composure. He took control of his situation he knew what he was doing.

I think back to Van de Velde and how he lost his composure in Carnousite 1999. Spieth’s caddie didn’t have to step in and suggest anything, Spieth was in control. On a day when things weren’t going his way his mind was still tuned in. I heard a lot of negativity about the length of time and where he dropped but he did nothing wrong. He used the rules and maintained his composure. Kuchar explained in his post round interview he had no problems so why should anyone else.

Kuchar walks off the 13th green one shot clear and Spieth is gone, the biggest collapse since Norman around Augusta or so we thought. But when the going gets tough the tough get going.

Spieth was no longer protecting a lead, he now had to win it if he wanted it. In 2008 Padraig finished birdie, par, birdie, par, eagle & par everyone was saying how great a finish this was, and it was until Sunday of The Open this year. Spieth went bogey, birdie, eagle, birdie, birdie & par. Kuchar, one shot ahead after 13, plays his next 4 holes in two under and goes from two ahead to two behind on the 18th tee. Spieth had gone from the twilight zone to ‘the zone’ as a result of one bad shot.

Sunday was the most phenomenal performance of mental strength we are ever likely to see and from a 23-year-old. No one can teach you this. It is inside of you. The X-factor. If you could teach it you would be a multi-millionaire.

Love him or hate him, Jordan Spieth has a quality that not many previous World #1’s have had, respect. He has respect for the game, his opponents and everyone he crosses paths with. A guy who plays to win regardless of how much money he has in his bank account. A guy who signed a big deal with a company who don’t manufacture golf clubs so he could keep his favorite clubs in the bag. The deal is a 10-year contract and how much is it for? No-one knows, he has kept it private.

Expect Spieth to win more majors. Now if only he could speed up a bit.