Media Rors at Wedding of the Year blackout 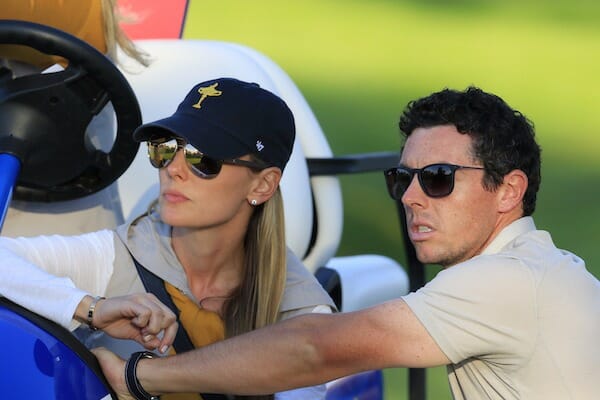 So who buried themselves in the newspapers on Monday to catch up on the Rory McIlroy wedding? Oooh, what did she wear… how big was the cake… who was there? Were you all gagging to see photos of the happy couple, smiling and waving and kissing guests?
No? Neither was I.

There was an article in one of the nationals on Monday condemning Rory for not allowing media to attend the big day, to take photographs to splash over their front pages to analyse and gossip. You see, Brian O’Driscoll gave the media half an hour on his big day so Rory and Erica should too, apparently.

It was an article dripping with sour grapes that directly stated that Rory, as a celebrity, is obliged to make his special, once-in-a-lifetime moment available to the media because… because, well, he’s a celebrity.

Reality check, folks. He’s not a celebrity, he’s a sports star, an athlete, a man who makes his living from being the best at what he does. He is not a reality TV star, or a soap star, or someone who’s famous for being famous. Why should he put himself and Erica in the spotlight on a day reserved for friends and families?

Because the Irish media have been so good to him. Seriously, that was the rationale! Castigated for his round with Donald Trump, slammed for not competing at the Olympics, and abused for his Irish/British stance… yep, the media have been all sunshine when it comes to Rory.

Leaving that aside, why should he do anything other than what he and his new wife want on their wedding day? They are entitled to their privacy. What is particularly sad is I wonder whether Rory, when he first chose Ashford Castle as the venue, considered security as one of the influencing factors.

The only time Rory needs to be in the papers is when he’s competing or talking about golf. Here’s to a great honeymoon!