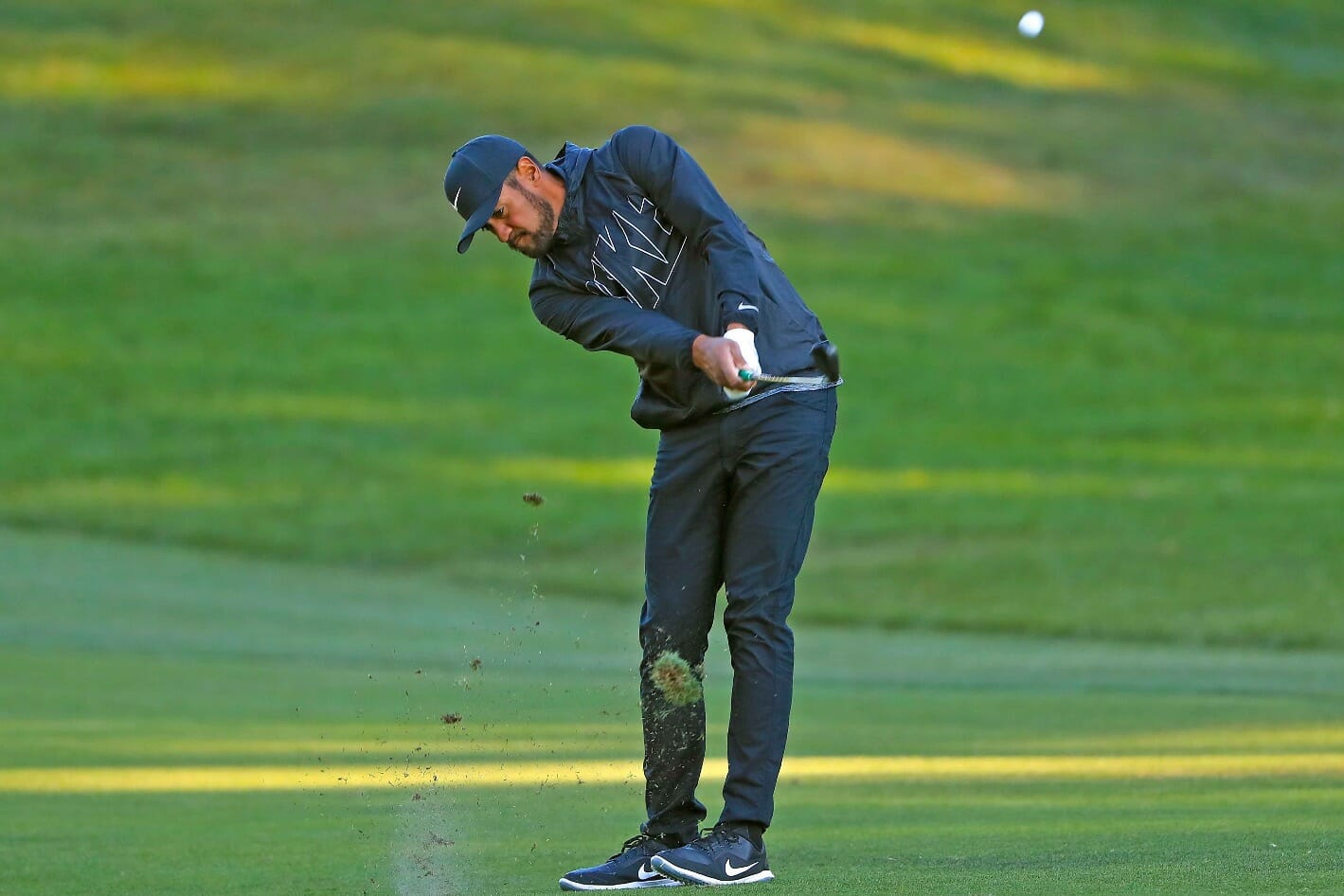 In the absence of real, live Open golf this month, we're counting down five of the greatest horror shows witnessed in the pursuit of the acclaimed Claret Jug
Read more

Tony Finau’s fashion choices challenged the traditionalists at the Valspar but there is plenty of room for a hoodie in the game’s ever-growing wardrobe.

I’m not saying we should peg it up in flip flops and cork hats but Tony Finau’s hoodie was in many ways refreshing to see at last week’s Valspar Championship on the PGA Tour.

Finau is draped from head to toe in Nike gear and last Friday there must have been an early morning nip in the air as the burly American decided to slip on a Nike Golf Hoodie for a few holes. It definitely carried a more casual look, but does it really matter in the grand scheme of things?

Never before has the game worked so hard to try and attract (and retain) the younger generation. If there is an opportunity through the fashion of the day, then that works for this old codger.

Let’s be clear, I’m still all for the traditions of the game. I know Old Tom and the lads swooshed their hickories in shirt, jacket and ties. And the thought of your backswing getting caught in a hoodie surely wouldn’t have sat comfortably with the dapper Bobby Jones.

That said, golf is acutely aware it needs to move with the times and if that means loosening the buttons on traditional golfing attire, then why not? Let’s run with it.

Just recently I was speaking with friends about the inconvenience of arriving at golf clubs in a shirt, jacket and tie, to then disrobe moments later in the locker room to change into your golf gear.

I’ve experienced these age-old traditions for many a long year; be it annual university matches against Prestwick Old and the R&A at St Andrews or just last year teeing it up in Ayrshire Winter League fixtures at places like Western Gailes.

Traditions are fine and have their place, but golf should still embrace its widest possible audience. There is plenty of room for everyone, from blue blazers to the trail blazers who lean more to the Rickie Fowler and Tony Finau fashion of today.

Finau’s hoodie generated plenty of chat on social media. To have discussion is a good thing. It’s not like the boundaries of golf’s fashion stakes haven’t been pushed before. We need only remind ourselves of the technicolour ensembles John Daly has entertained us with over the years.
Who’s bothered if Fowler drains putts all day wearing moonboots and fastened trouser bottoms? Tiger Woods and Rory McIlroy are also of the Nike stable and enjoy the collarless blade style. Tiger had it in his typical final day red on Sunday as he chased down England’s Popeye Casey at the Copperhead course in Florida.

Ok, maybe we ring-fence the big ones. Majors are the pinnacle of the game. And just like wearing whites at Wimbledon each year, maybe our fashion mannequins of the fairways have to keep their apparel in check for a few weeks of the year?

Several items will always be non-negotiable, and they include jeans and football jerseys. But might I also suggest a few Ryder Cup garbs over the years should never have seen the light of day either?