The limited black finish found on Titleist’s recently released Vokey Design Jet Black SM8 wedge was brought to life through feedback from members of Titleist’s tour staff, including two-time Tour winner Cameron Smith. The Aussie is one of a handful of players who employ scoring clubs with the dark finish.

You may have also seen another Tour winner Lanto Griffin gaming a set of T100 irons with the same black finish as well.

Unfortunately for us weekend hackers, the iron and wedge finish was only available to tour players — until now. The limited release of T100S and T200 means golfers will have options if they want to opt for something other than the standard chrome finish with their irons and match in the same finish in their wedges.

“We’ve heard from many golfers asking us to build these all-black editions — the combination of the Black PVD finish with the matte black shaft and matching grip is just stunning,” said Josh Talge, Titleist’s VP of golf ball marketing.

The T100S irons use many of the same technologies and designs found in original T100 irons, but the lofts were strengthened 2 degrees across the board for golfers who need the extra distance. To account for the stronger lofts, the soles, leading edges and center of gravity locations were adjusted accordingly. The changes ensure the ball will fly out of the same launch window, and have the same turf interaction, with added distance.

The T200 irons fit comfortably into the “players distance” category, meaning they provide traditional looks and feel with the addition of even more enhanced ball speed, launch, and overall distance. The 4-7 irons are built around a “Max Distance” design that incorporates a very thin clubface supported by a polymer core, which was developed with help from Titleist’s golf ball R&D department. The polymer material allows the face to flex more at impact and create higher ball speeds without sacrificing sound or feel.

An average of 90 grams of high-density tungsten is positioned in the heel and toe of the mid- and long-irons for a low CG and increased launch angles. Progressive blade lengths, sole widths, and hosel lengths can be found throughout the set for optimized CG positioning. 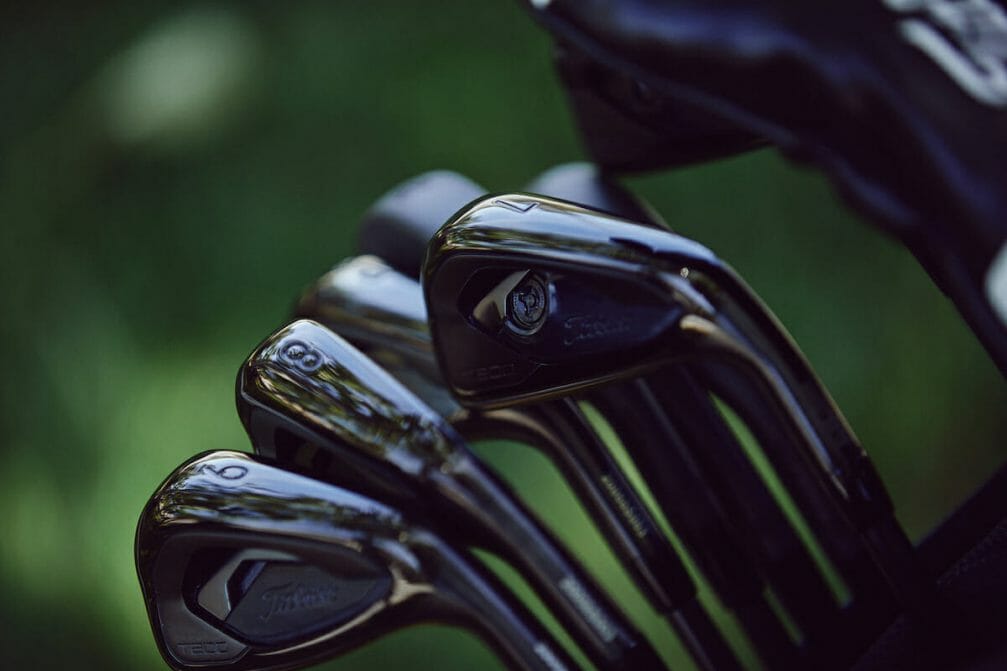 Titleist’s new Vokey SM8 wedges have been available since March, but these particular Jet Black wedges – with blacked-out configurations – have not.

The new Vokey SM8 Jet Black heads hitting the market are raw, and they’re blacked-out across the board. They have black paintfill in the logos and graphics, and they also come equipped with True Temper Dynamic Gold’s Black Onyx shafts and have black/gray Golf Pride New Decade Multi Compound grips. The new Jet Black versions of the SM8 wedges come with all of the same technologies as the original colour options and will be available in 23 loft, bounce and grind configurations in both right- and left-handed options. 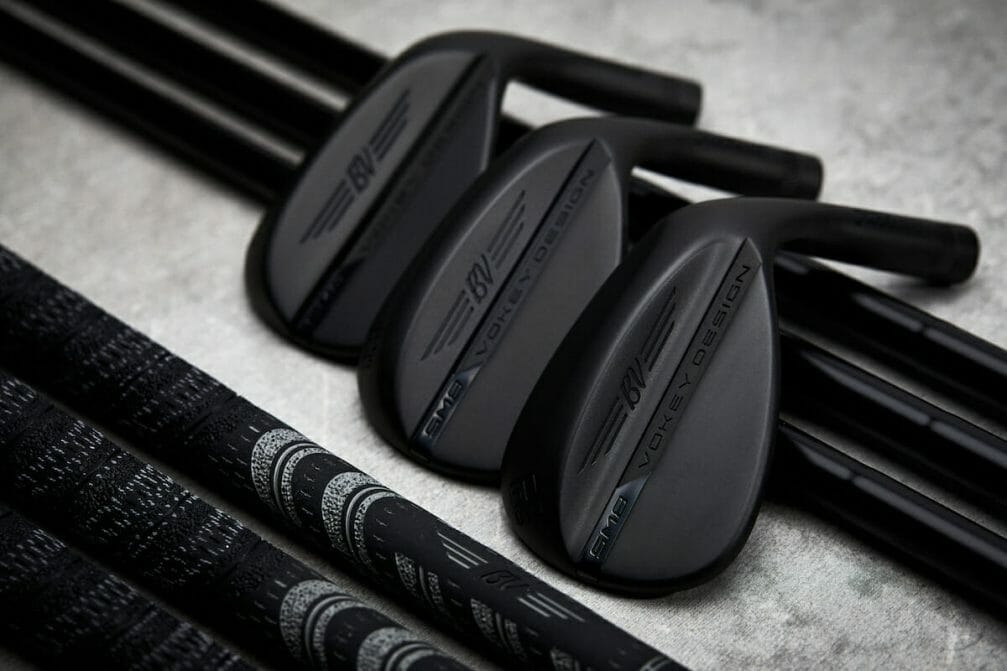