Its been a busy week for Taylormade Golf. On the back of the new metalwood launch we also have the new M3 and M4 irons. The replacement for last years M1 iron are the 2018 M3 irons designed to deliver more distance and forgiveness to players who want a compact head.

Making an iron that can hit the ball a long way and be forgiving on off-centre hits is easier if the head size is increased, but with the M3 irons – which replace the M1 irons in TaylorMade’s lineup – designers wanted to keep the size and blade length compact. That made things more complicated, but a new internal pair of frame-stiffening beams called Ribcor helped.

“One of the things that we are seeing a lot in our analysis of current distance irons is that the top (of the iron) is getting really flexible,” said Tomo Bystedt, TaylorMade’s senior director of product creation. “High shots and off-center shots cause a lot of extra vibration, which is inefficient. It leads to energy loss and reduced ball speed. It’s a struggle for anyone looking to make distance irons with a low center of gravity.” 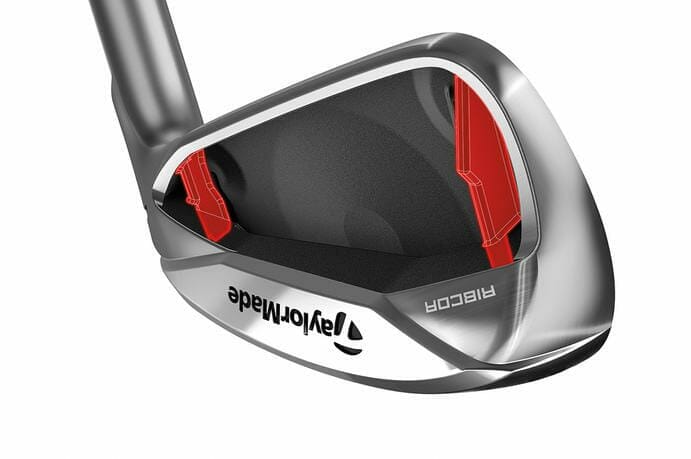 Ribcor, the red vertical pieces, stiffen the top of the club and allow the hitting area to work more effectively.

Like some of TaylorMade’s previous irons, the 3-7 irons in the M3 have slots cut vertically into the face that allow the hitting area to flex more efficiently at impact, but now the vertical Ribcor pieces reinforce the top section.

“What these ribs do is essentially create different zones on the face,” Bystedt said. “The toe and the heel are stiff, and so is the back and the top, but the face slots cut all the way through the hitting area allow the part where you hit the ball to remain really flexible. We’re retaining all the ball speed we had with face slots before, but now we’re framing it with stiffer areas.”

The back badge was designed to reduce vibrations and enhance the sound and feel created by impact. The M3 irons have less offset than last season’s M1 irons, the topline is slightly thinner, the sole is thinner and the blade length is slightly shorter. 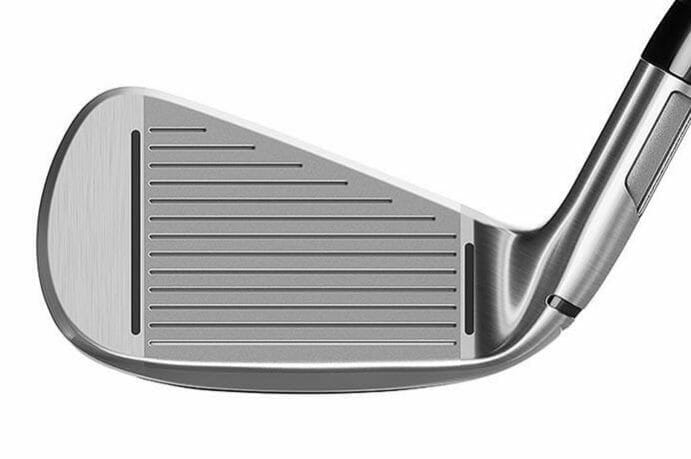 “Visually, this iron has moved a little more to the ‘players’ side,” Bystedt said. “But what is really cool is that because of the technology, we’ve improved the COR (coefficient of restitution, a measuring of springiness) in this iron compared to M1, and we’ve increased the moment of inertia by about 10 percent, so it’s a little more forgiving as well.’

Available at retail on February 16, 2018, M3 irons (€1049 steel or €1249 for graphite) will be offered in 3-iron through SW. Players will have a choice of True Temper’s XP100 steel shafts (S300, R300) or Mitsubishi Chemical’s Tensei graphite shafts (80S / 70R) in addition to numerous additional custom shaft options. All M3 irons are equipped stock with Lamkin UTx NC grips.