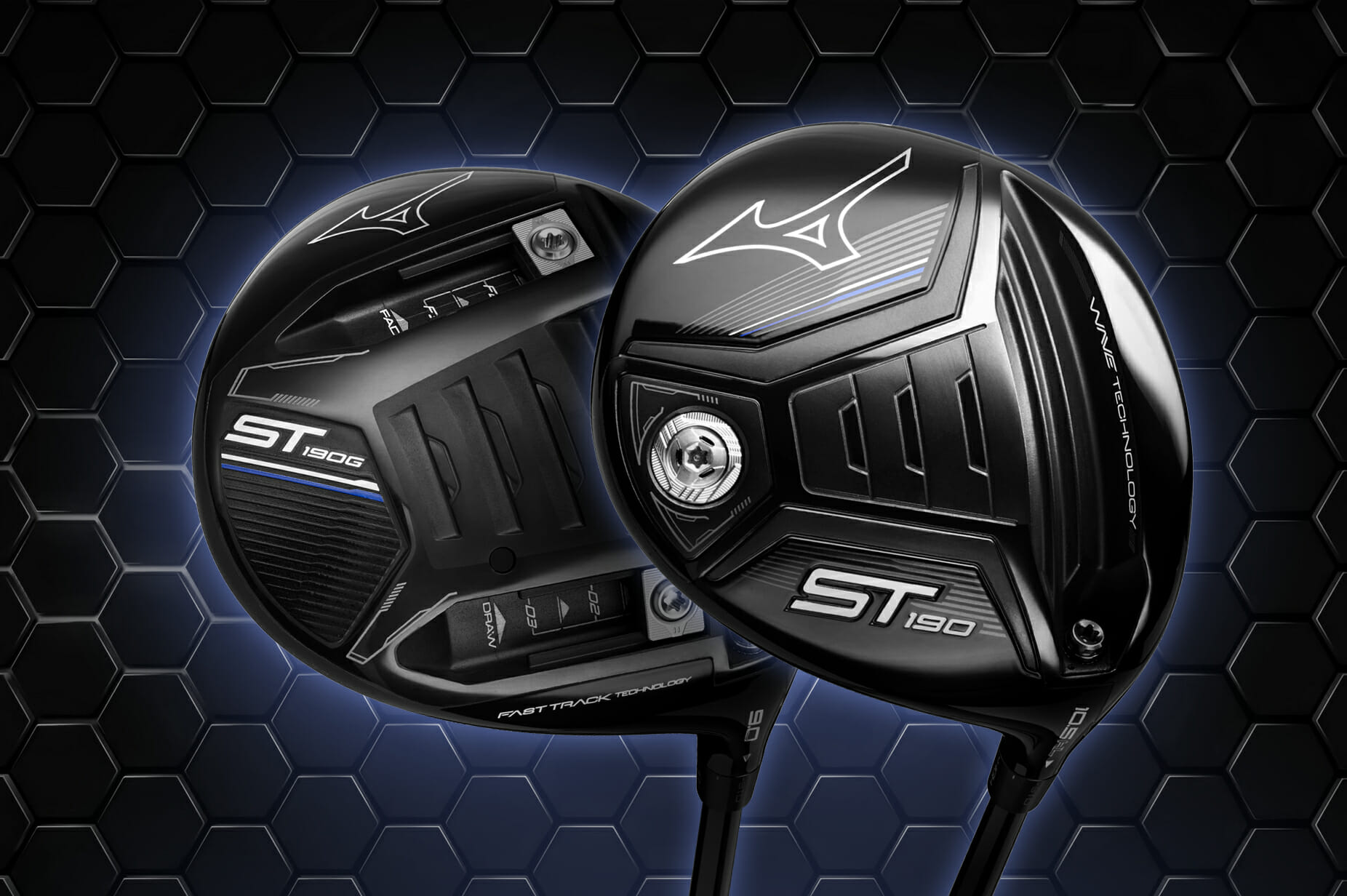 World renowned for making serious irons, Mizuno has quietly been a pioneer of metal woods in golf industry.  From the Ti100 (golf’s first mass-production titanium driver), the Masters winning T-ZOID, MP-001 with composite crown, and the MP-600 with sliding weights – Mizuno has introduced many metal wood technologies widely adopted by the industry.

The Forged SP700 Ti face is over 10% stronger than 6-4 Titanium with a fine grain structure that allows a more complex geometry in the CORTECH face, where re-engineered ribs and a Quick Switch internal structure promise even higher performance. The ultralight 12g carbon composite crown means 7g of weight can be optimally redistributed to further boost ball speeds and reduce spin rates. The Amplified Wave Sole features a heavily amplified first wave configuration which expands the ST190’s COR area for improved balls speeds across the clubface, with reduced off-centre performance drop-off. Harmonic Impact Technology is the result of a careful study of vibration and soundwaves, which identified the need for internal ribs to create a more solid, powerful impact sound. The whole package combines to squeeze every last ounce of ball speed from the entire clubface in both the ST190 and ST190G drivers.
The ST190 is designed for mid to low spin with maximum stability, and features a single, factory-fixed 6g backweight that adds 300gcm2 MOI for added stability on off-centre strikes. The ST190G is engineered for low spin and offers intuitive FAST TRACK adjustability thanks to twin 7g weights on external tracks that can reduce spin by an additional 200rpm, allowing players to achieve heavy fade or draw biases by placing the weights in one track.

In early tour testing, two PGA Tour players with different angles of attack achieved significantly lower spin and marked gains in ball speed and distance, with a more level angle of attack favouring the ST190G model and a more downward angle of attack reaping most benefit from the ST190 model. “The ST190 marks a total change in how Mizuno approaches wood design,” says lead designer Kei Tsjui. “We now start the development process with our tour players. The tour-tested moulds then become our production moulds. In the case of the ST190, this produced a high-speed driver with extreme low spin for the tour, but with the capability of increasing spin for lower swing speed players.”
First PGA Tour player to put the ST190 into play Keith Mitchell was as surprised as anyone that he made the switch. “Driving was my best category last year – I walked into testing to do ‘Cookie’ (Mizuno, PGA Tour Manager Jeff Cook) a favour, give him some numbers and leave.  It turned out to be the easiest change I’ve ever made – on the one club I never thought I would switch.  The ST190 was faster, straighter and more forgiving than what I was playing.  I’ve used it ever since and haven’t considered taking it out.”