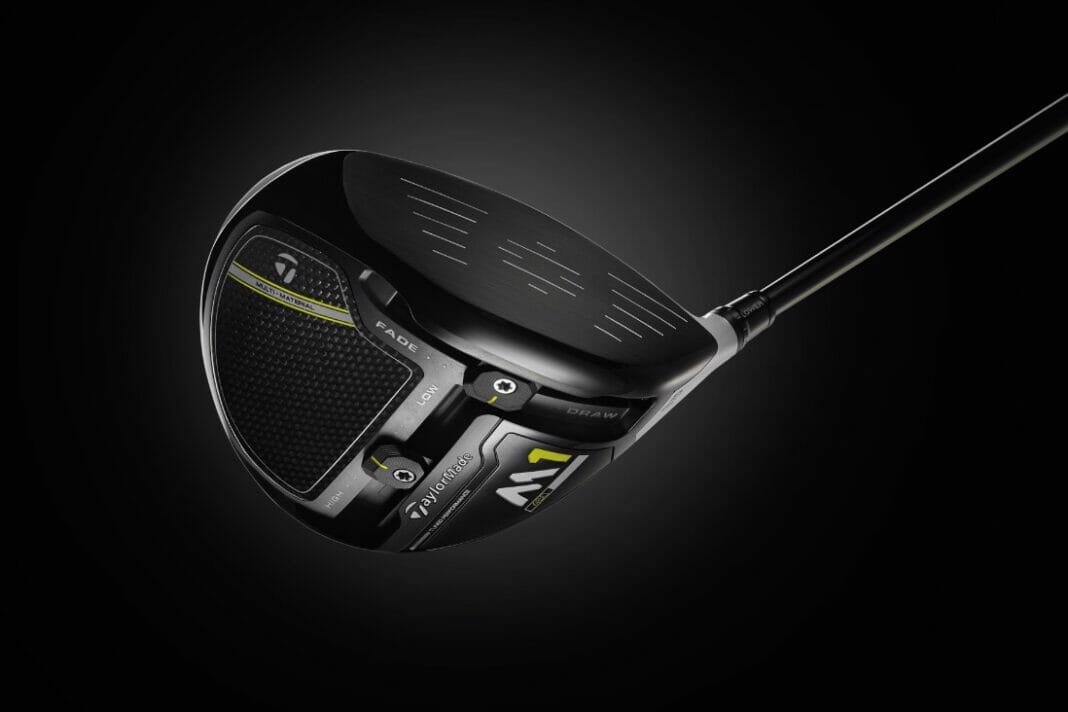 TaylorMade drivers have been the talk of the town over the past few months with Rory McIlroy and Tiger Woods opting to switch their Nike equipment for the current M2 Driver and fairway woods.

Well, no doubt they will be back to the launch monitors crunching numbers again as TaylorMade has announced replacements to its popular M1 and M2 drivers, fairway woods and rescue clubs as well as new iron models and a brand new Tour performance TP5 golf ball for 2017. We will look in-depth at the full line up over the coming weeks but for now here is a peak at the drivers.

M1 Driver
A new lower density Titanium alloy called 9-1-1 has been used here and an added carbon toe panel that accounts for a total of 43% more carbon composite than its predecessor. A new T-Track system houses 27g of moveable weight (2g more than the first generation M1), 12g of which reside in a re-designed back track that has been lengthened by 12.7 mm (19% longer) giving you more high-to-low adjustability (64% more CG movement). The 15g located in the front track allows for the weight to be distributed from heel to toe (7% more than its predecessor). Engineers used the extra discretionary weight to make the footprint of the club head larger (4%) leading to a higher MOI for more forgiveness.

New to the next-generation of M drivers is a 440cc model, which utilises a slightly smaller head, deeper face and 30g of moveable weight. Both the 460 and 440cc models feature a new 4-degree ultra-lightweight aluminium loft sleeve and more than 30 additional premium custom shaft options at no upcharge.

M2 Driver
Following in the footsteps of its predecessor, the M2 driver successfully raises the bar in design and engineering once again. With a new design technique called ‘Geocoustic’ design, the M2 driver houses a newly-designed Speed Pocket that is three times more flexible than its predecessor. A sunken sole curvature, makes the head stiffer and easier to manage vibrations caused at impact. With this added stiffness, minimal sound ribs were needed to create the sound and feel of the new M2.  The freed up volume allowed engineers to make the driver’s head larger, both the visible footprint as well as the club’s face (7%), ultimately making the driver not only appear more visibly forgiving, but feel more forgiving at the same time.

The M2 also comes equipped with the new, ultra-lightweight 4 degree, 12 position aluminum loft sleeve and offers the same 30 additional custom shaft options.  In addition to a standard model, TaylorMade is also offering a higher-launching, more draw-biased model of the M2, the M2 D-Type (also 460cc). The D-Type driver (D representing draw). The D-Type is more heel-weighted, has slight offset and uses advanced visual cues to promote a square face at address and a more draw-biased face at impact and will help players who consistently fight fade-to-slice trajectories.