TaylorMade has been on a constant quest to bring Tour level golf ball technology to the everyday golfer at an affordable price. Now, TaylorMade is offering Tour level DNA to Tour Response by integrating the Tour Flight Dimple Pattern seen in TP5/TP5x. With the addition of the new dimple pattern, Tour Response retains its soft feel and 100% cast urethane cover. You can think of the Tour Response as a “Lite” version of the TP5 and TP5x, a three-layer version of the ball used by Rory McIlroy, Dustin Johnson, Collin Morikawa and Rickie Fowler. The three-layer Tour Response will have a softer feel than those balls. TaylorMade are that confident in Tour Response they believe that many amateur golfers will not even feel the difference in performance from using TP5 models and that they will decide to save €10 and go with the dozen Tour Response.

The 2022 Tour Response ball features a low 70-compression design with a Hi-Spring core made for pushing the boundaries of ball speed in a soft feeling golf ball. To give it speed, TaylorMade designed it with the same HFM casing layer found in TP5 and TP5x. The high-flex material (HFM) encases the core, and at impact, compresses like a spring before snapping back into shape. This process transfers energy into the shot more efficiently, to create more ball speed. 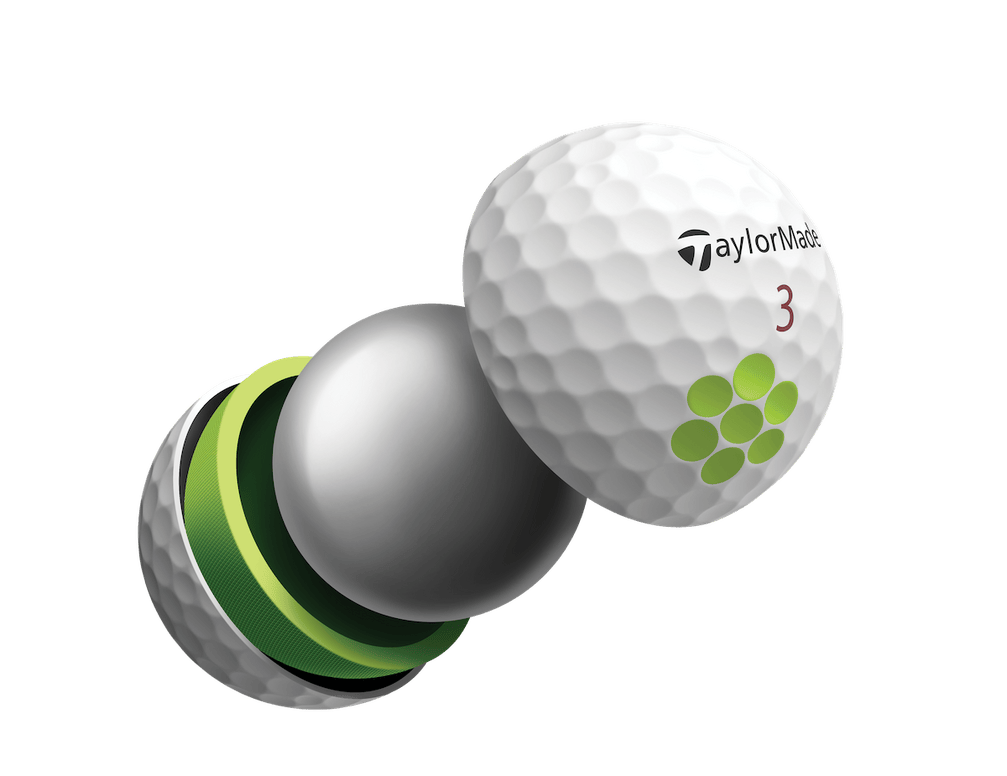 Tour Response also has the same Tour Flight dimple pattern found on the TP5 and TP5x. The dimples are shallower, and the walls of the dimples are steeper, which according to TaylorMade, helps the ball rise off the tee, and as the ball starts to come down, the steeper sidewalls create more lift.

To measure the effectiveness of a new cover, TaylorMade engineers utilised a combination of material property testing, robot, and player performance testing. That research showed that in addition to increased durability, the new cover material is 12% softer and 36% more flexible than the previous material. 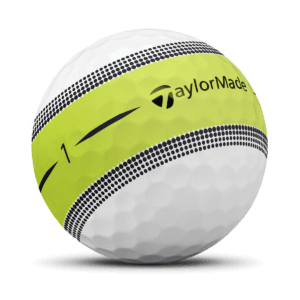 Tour Response Stripe has a 22-millimetre digital band that wraps around the centre of the golf ball to help aim putts better, faster, and more consistently. Inside the digital band is a thin black line to match with putter sight lines for immediate aid in alignment.
The multi-colour design of Stripe not only creates better alignment, but also can’t miss feedback on the quality of the roll of each putt. Proper strikes are easily identifiable as the stripe rolls consistently to the hole, while off-centre strikes cause a can’t miss wobble of the digital band. 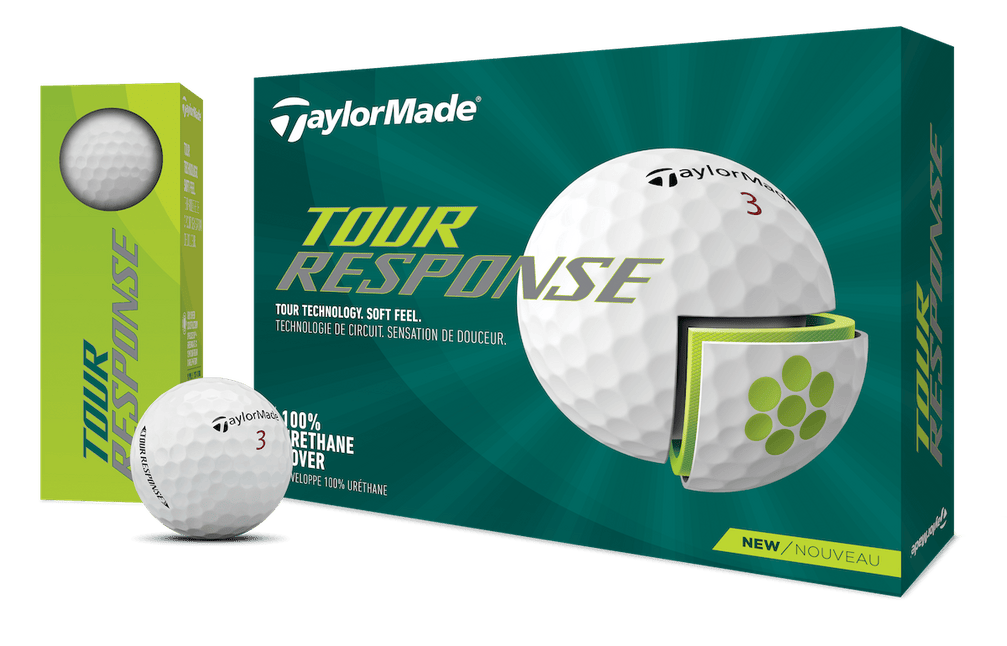 Tour Response and Tour Response Stripe are both available at retail now with an RRP of €48. Tour Response is available in white and high visibility yellow, with an all-new enriched yellow urethane cover to help prevent chipped paint and provide bright visibility.