As Callaway continues to make massive leaps forward in club design with the help of Artificial Intelligence (AI), probably their most significant improvement for 2020 can actually be found in the iron department.

Following the introduction of Flash Face last year with the Epic Flash drivers and fairway woods, Callaway started down the road of trying to figure out a way to extend its supercomputing capabilities beyond metalwoods.

So for the first time, 2020 sees their new MAVRIK irons feature a Flash Face Cup designed by A.I. to work with each individual head’s size, shape, CG location and loft designation to promote distance and control throughout the set, creating a significant boost in ball speed. But that’s just part of the technology package. Callaway’s Tungsten Energy Core optimises performance with custom tungsten weights, precisely and positioned within the head, to optimise launch and trajectory.

Callaway has also included proprietary Urethane Microspheres, its premium technology that creates unmatched feel and incredible speed. Over one million microspheres are strategically placed into each clubhead to absorb unwanted vibration while maximising COR. The result is a combination of fast ball speed and phenomenal feel throughout the set.

The use of A.I. also allowed Callaway to enhance the performance characteristics of each iron face. In the long irons, the faces are designed for launch and speed, while in the mid-irons the faces are engineered for speed and spin consistency. Lastly, in the short irons, the faces are optimised for spin and precision to promote pinpoint shot-making. 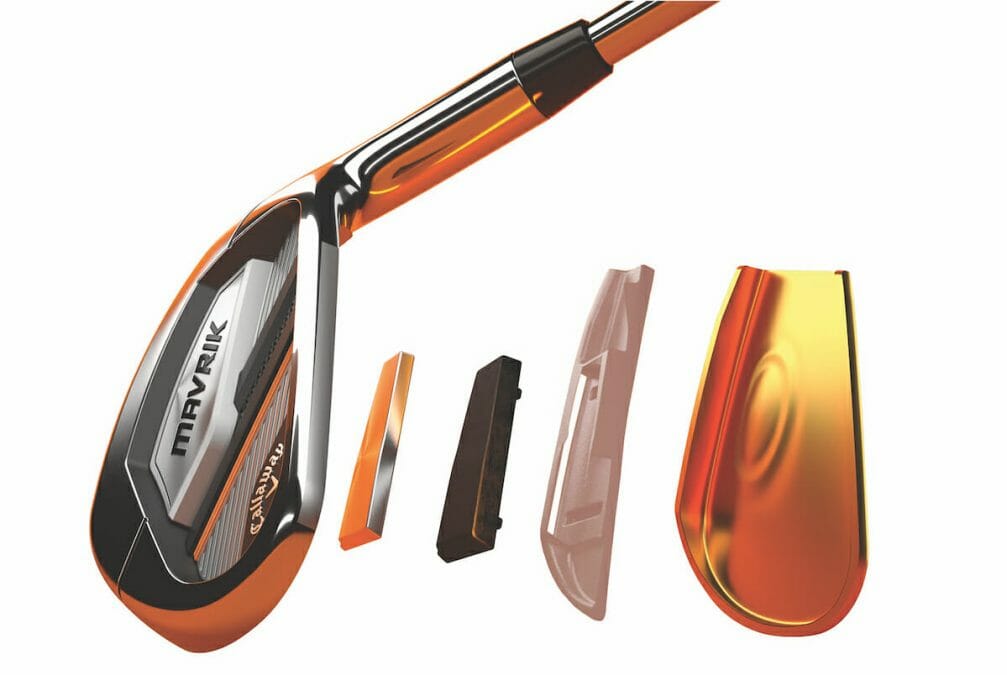 MAVRIK Irons are available in three models, Standard, Pro and MAX. Standard offers an excellent all-around combination of size, speed, forgiveness, feel, distance and control. Pro is designed to appeal to better players, with a compact head, thinner sole and topline, and minimal offset, making it easier to shape shots and promote differing trajectories. MAX irons combine the largest head size with an extremely low CG, making them remarkably easy to launch on a high, long-carrying trajectory. One women’s MAVRIK Irons model is available, MAX-W. All MAVRIK Irons will be available at retail in Europe from February 6, 2020.