McGrane returns to winning ways at The Heritage 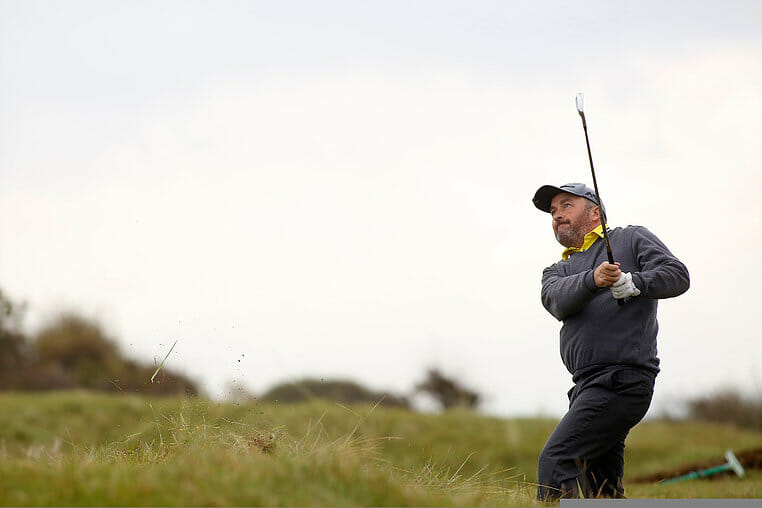 Damien McGrane looks like he is rounding into form just in time for a busy summer of golf.

The reigning Irish PGA champion has made a relatively quiet start to the season but he stamped his authority all over the 36-hole Just Golf.ie Heritage Challenge Pro-Am at the weekend.
His 67/69 total (-8) at the Seve Ballesteros designed course in Co Laois gave him a three shot margin of victory over Michael McGeady (Seamus Duffy Golf Academy) and Brian McElhinney (North West GC).
“I played lovely, it was nice to show a bit of form,” said Damien.

“I’ve struggled to get into a bit of a groove but the game is starting to come around which is welcome with the Irish PGA and Irish Open not that far away.
“The Heritage was in a great condition, it’s a tough test of golf.”

McGrane and Simon Thornton led the way on five under par after Saturday’s opening round.
Damien, the 2016 Order of Merit winner, reached the turn in one under 35, his solitary birdie coming at the par five eighth. He then birdied the 10th, 14th, 16th and 18th to come home in four under 32.
Thornton was out in two under 34, following birdies at six, eight and nine with a bogey thrown in at the par three seventh. He started the back nine steadily with a run of four pars but then clocked up three birdies in his closing five holes to join McGrane at the head of affairs.

A few squally showers made conditions more difficult for the players on day two but McGrane didn’t seem to notice and got off to a great start with a birdie at his opening hole, the par five 10th. He followed up with four more birdies, dropping two shots at the first and the 12th as he signed for the joint low round of the day, a three under 69.

Thornton, still working his way back to full fitness after foot surgery, carded a final round 73 to finish fourth which allowed McGeady (71) and McElhinney (69) to edge past him into a share of second.
The team prize was won by Tim Rice (Limerick GC) and amateur partners Dara O’Sullivan, Anthony Dillon and John Reilly who finished on 181 points over the two days.