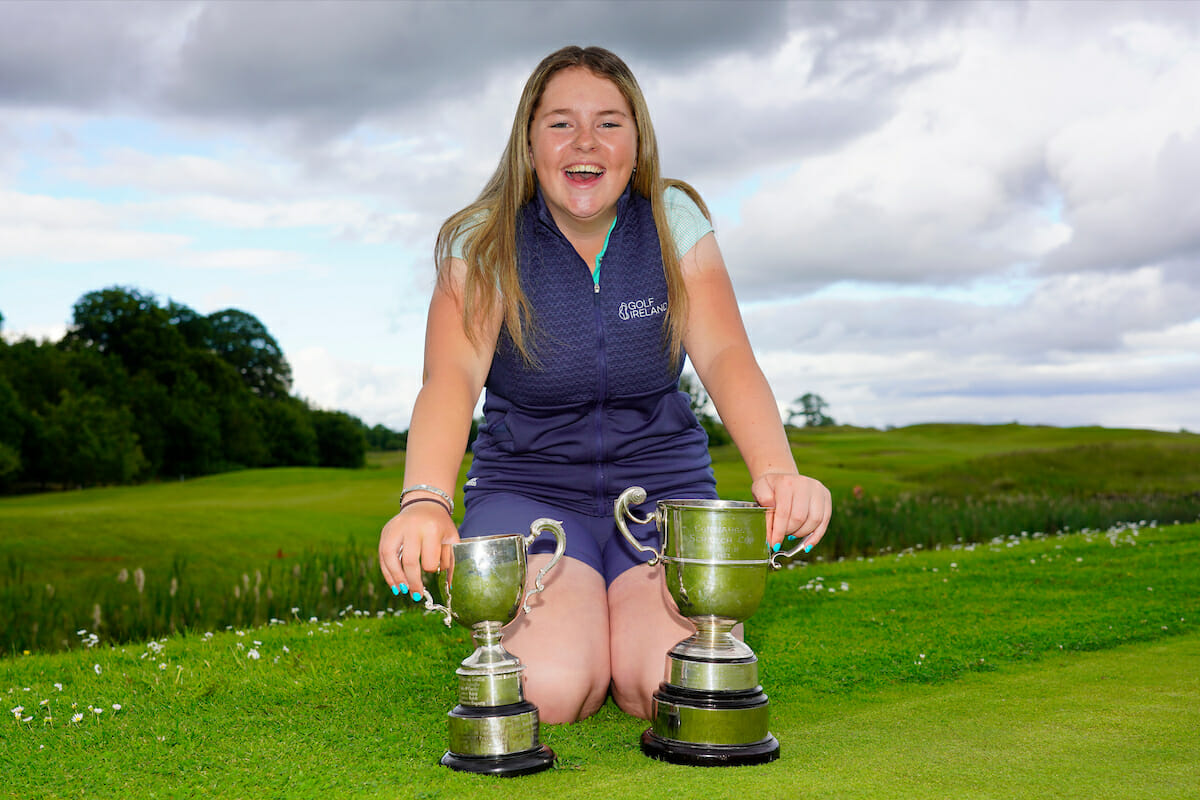 Katie Poots is the Connacht Women and Girls champion after a thrilling battle with Roscommon’s Olivia Costello at Castle Dargan Golf Club.

After the pair were tied at the top on nine-under after 54 holes it was Poots who reigned supreme in the sudden-death playoff as she added to her Irish Girls title earlier this season.

The Knock golfer recovered from an opening round of 75 with rounds of 67 and 71 to tie Costello who dazzled with a second round of 65. The 13-year-old carded a first round 77 but a bogey-free nine under second effort was followed up with a final round 71.

Costello had a one-shot lead playing the final hole and while Poots closed with successive bogeys the youngster carded a double-bogey six to bring the championship to a playoff.

Poots who ran Lorna McClymont close at the Irish Women and Girls Open in Baltray, birdied the first extra hole to take the Connacht title.

Co. Sligo’s Jessica Reynolds secured the junior title on sixteen-over after a final round of 83 finishing three shots ahead of Tralee’s Lucy Grattan.

The round of the day in the senior section came from Clandeboye’s Molly O’Hara who carded a seven-under 67 to soar into fifth place on level-par.