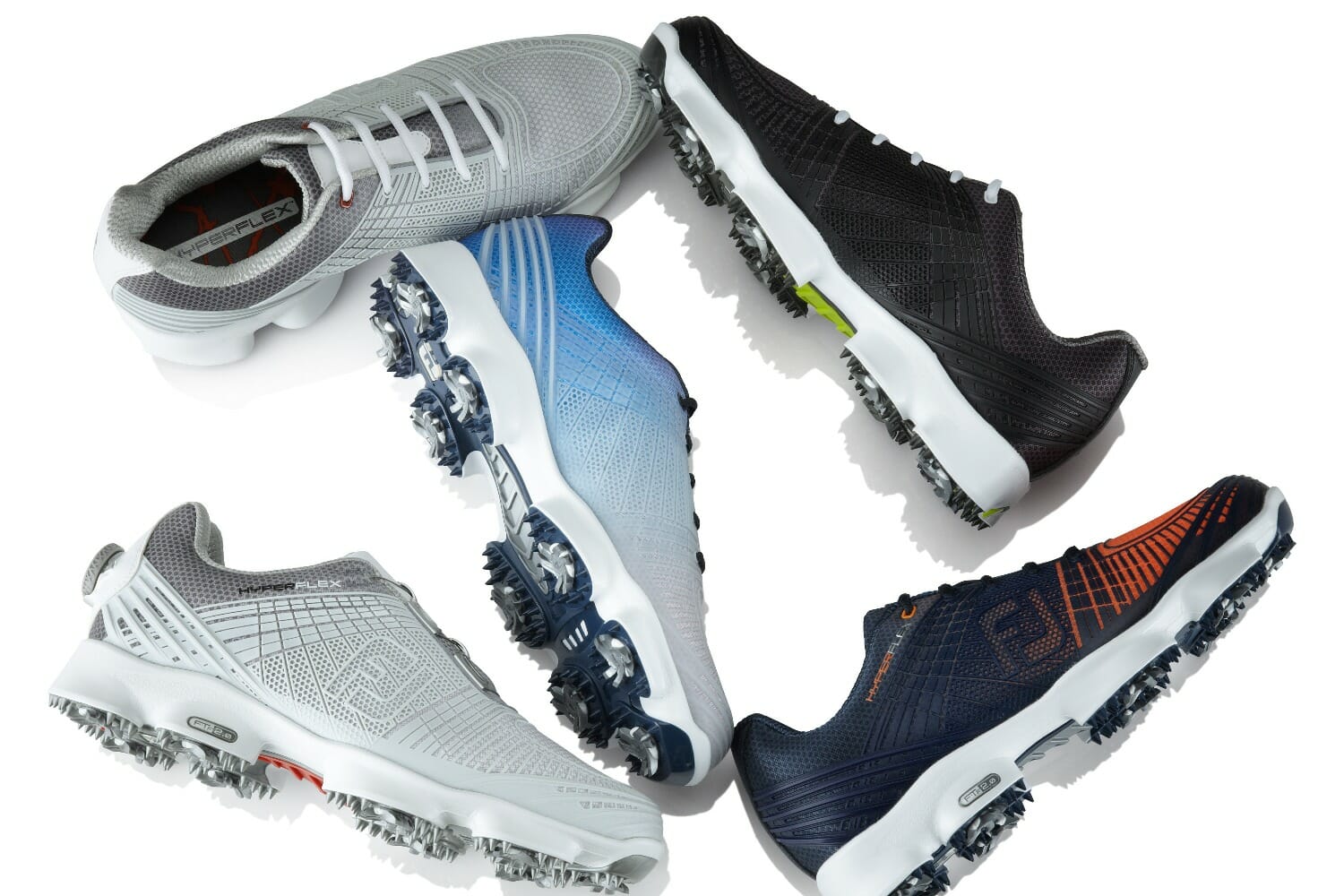 Since its inception, FootJoy’s Hyperflex shoe has been on the feet of several of the game’s best players and now, just over two years since we saw the first generation Hyperflex shoe, FootJoy has come up with its next generation of the model with its HyperFlex II.

The athletic-style shoe is designed to be lightweight while providing plenty of lateral stability. To do that, the company came up with a FlexGrid 3.0 BioMorph upper. Fused to the underlying mesh, the lightweight, soft, flexible, waterproof upper works in concert with the ligaments of the foot to allow for a natural movement and flexibility while walking and during the swing. The upper design was the result of studying the physiology of the foot to determine areas where flexibility was needed and where stability was required. The midsole also incorporates a softer and lighter EVA blend that provides additional cushion.

The new BioMorph pattern allows for more natural movement and flexibility whilst walking and swinging while delivering the required lateral stability.

“With the new BioMorph upper, our goal was to strike a balance between structure and flexibility and deliver those benefits in the exact locations they’re needed,” said Doug Robinson, VP of Golf Footwear WW. “We accomplished this by studying the physiology of the human foot and building an upper that worked in unison with the musculature and tendons of the foot to give the golfer a shoe that will move when they need it to and provide support when they need it.”

Mizuno has unveiled its new JPX921 Series of Irons engineered with the use of Chromoly in a full body Forged iron for the very first time.
Read more