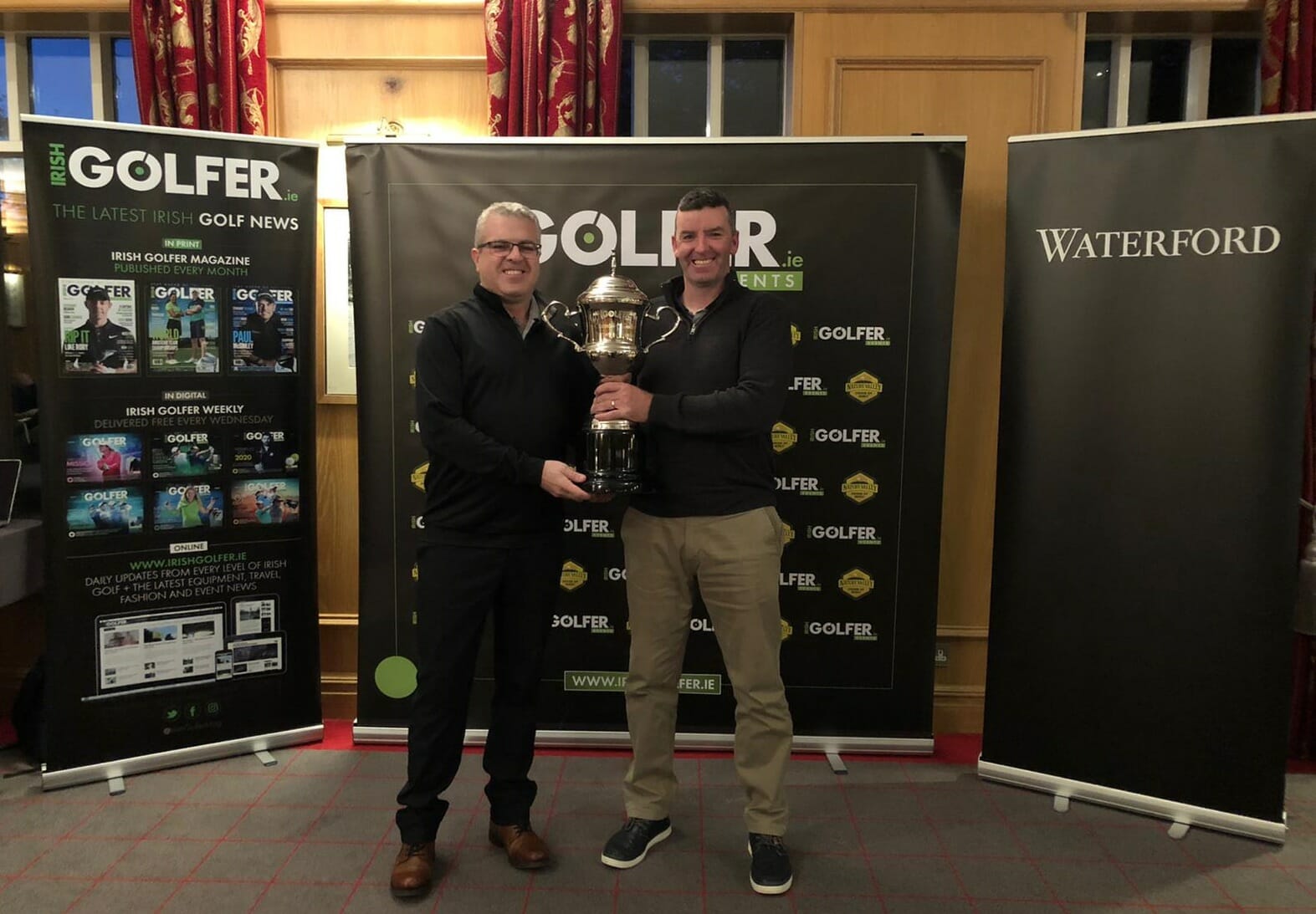 The curtain came down on the 2019 Irish Golfer Event Series as the Palmer Course at the K Club welcomed a limited field of championship contenders to Kildare.

The golfing gods shone upon the action with hardly a breath of wind and blue skies greeting the field to the Ryder Cup course and with placing everywhere in operation, players could hardly have asked for better scoring conditions.

That said, it’s no surprise that 38 points topped the pile with Jason Ryan a worthy 2019 Irish Golfer Series Champion.

The Rathdowney golfer was superb throughout and even survived a late scare on 18 to collect top spot and the tasty prizes that went with the title.

Not only did Ryan take home the gleaming Irish Golfer Series trophy but he can look forward to a custom-fit session that will culminate in a sparkling new set of Mizuno irons while he’ll be our guest of honour in 2020, qualified to play freely at every one-day event on the Irish Golfer calendar next year.

As for the other places on the podium, with a Motocaddy Electric Trolley on the line for second, Thurles’ Liam Hickey fired 37 points with his better back nine pipping Cill Dara’s Cormac Corcoran to a new set of wheels. Corcoran could be consoled by taking home a GolfBuddy Rangefinder for third.

There was a big raffle on the night with many of you aware that playing in an Irish Golfer Series Event brings about serious opportunity.

Each participant receives a Masters draw ticket that brings with it the chance to travel with us to Augusta National next year. A randomised electronic draw picked the winner and a phone call to the lucky person was made over loudspeaker on the night. Congratulations to Zenia Martin who’ll be brushing shoulders with the green jackets and sniffing the azaleas come tournament week of the Masters in April 2020. Zenia sounded thrilled!

Meanwhile, two Nearest the Pin prizes were also up for grabs on the day with GolfBuddy Rangefinders on offer. Throwing darts at 8 was Rathdowney’s Bobby O’Hara who stuck one in close while Cregmore Park’s Chris McNamara was most accurate on the 12th.

It’s been another great year for the Series and all that’s left is to thank everyone who makes it happen. Our sponsors, Waterford Crystal & Nature Valley have played an integral part in ensuring the Series went from strength to strength this year

To all those who teed up throughout the year, all of us here at Irish Golfer Magazine would like to thank you so much for the continued support. We’re already looking forward to spring kicking in and the 2020 season getting started and doing it all over again.

Winter well and see you all next year! 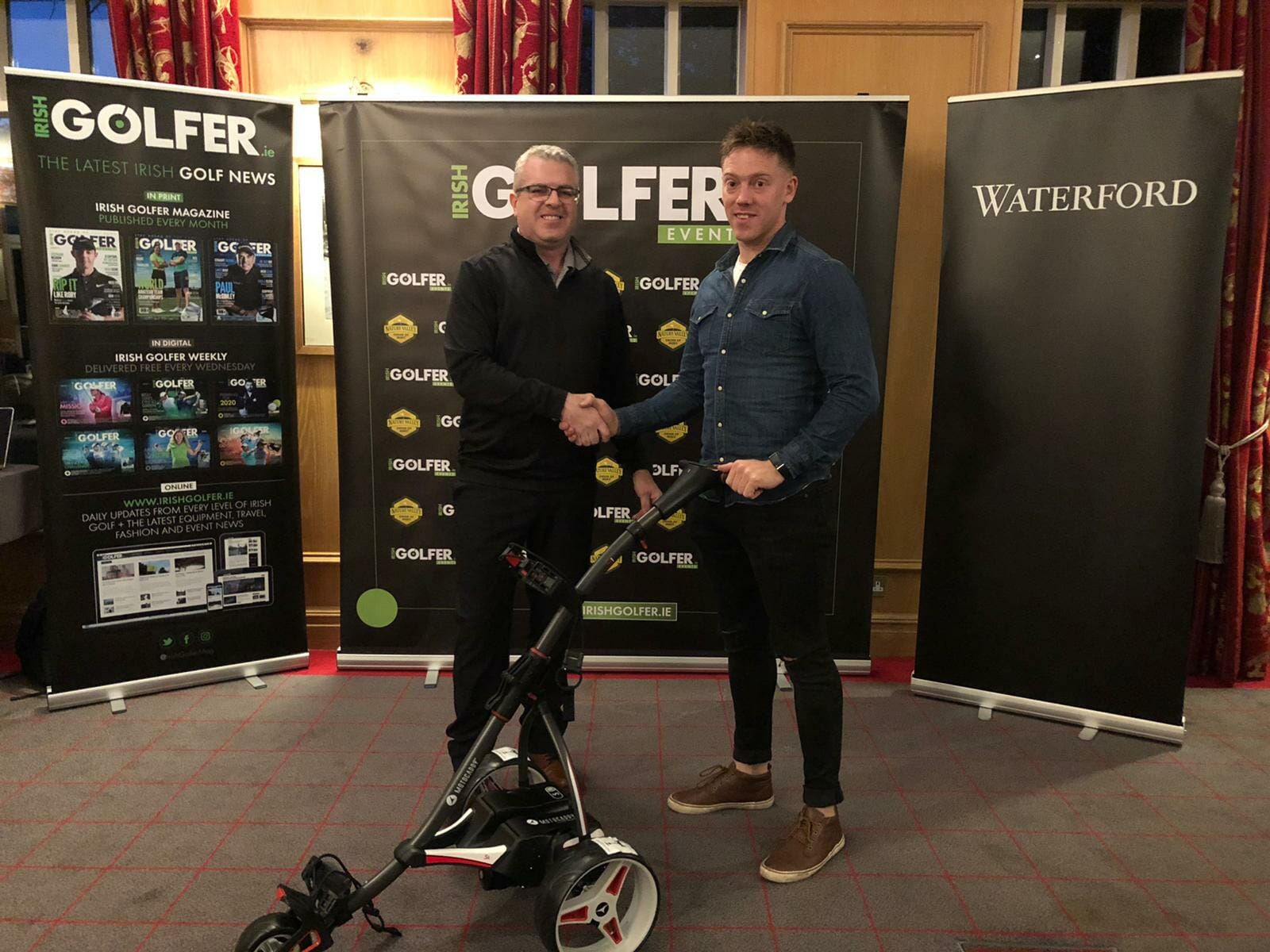 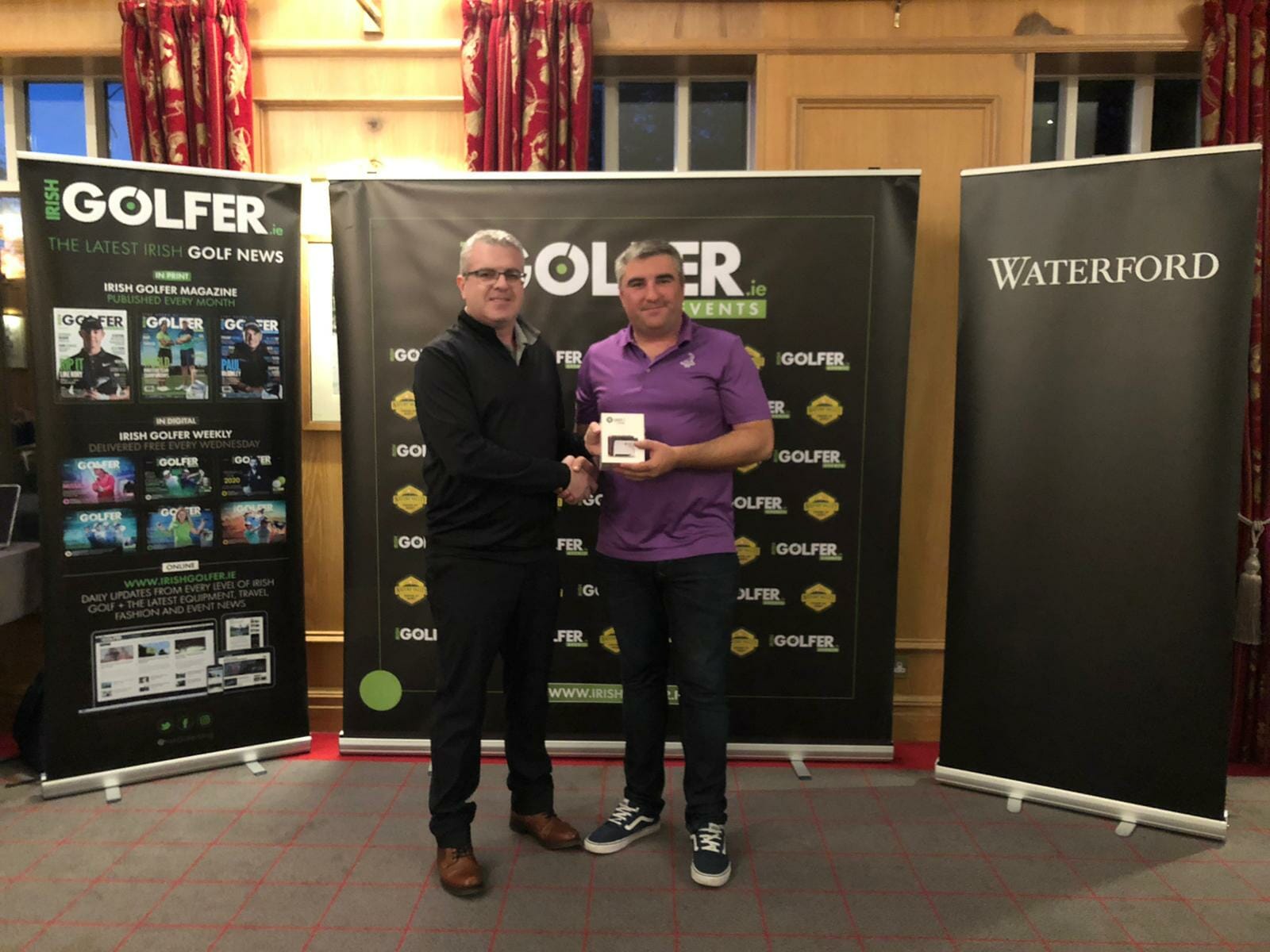 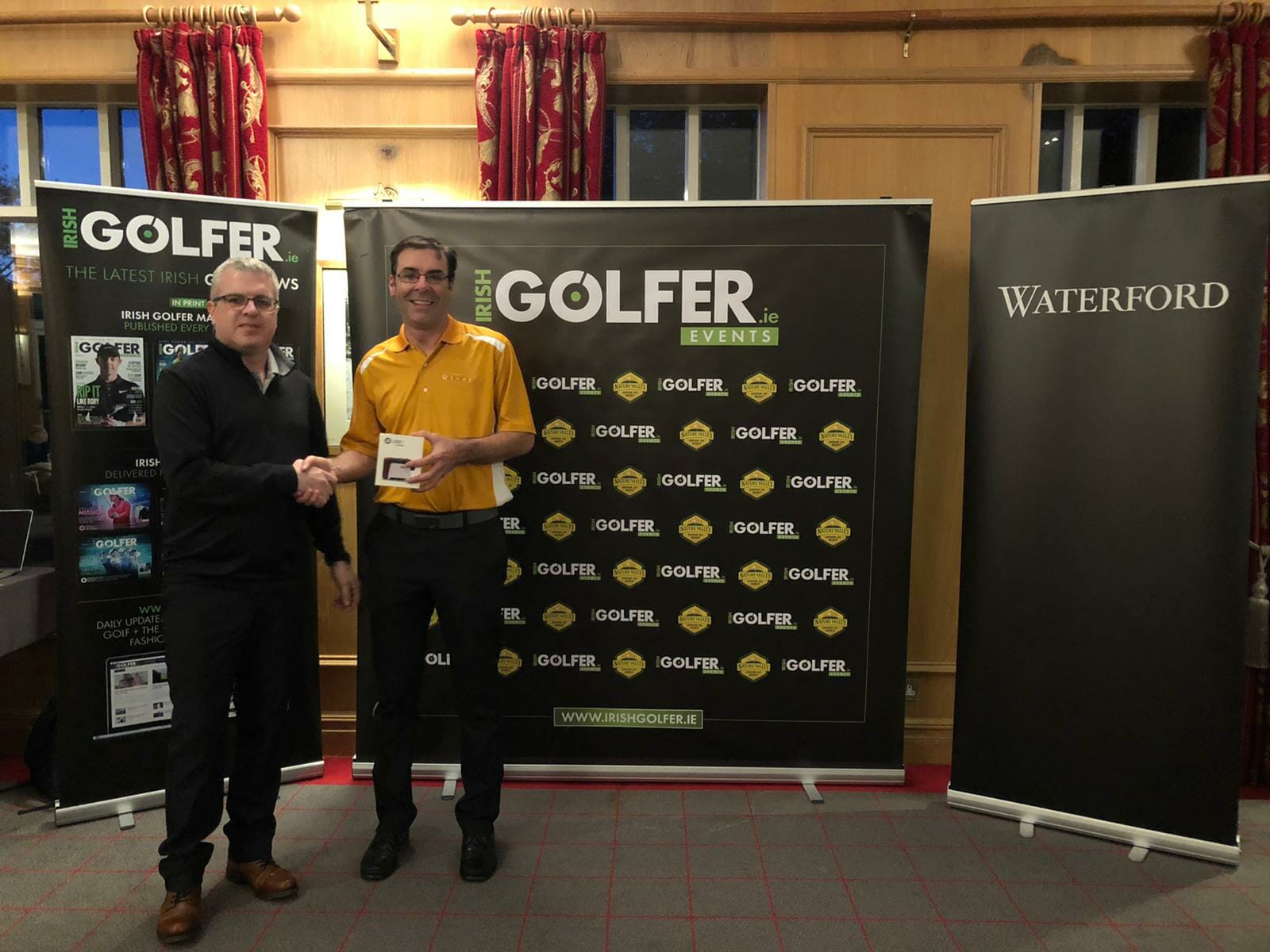 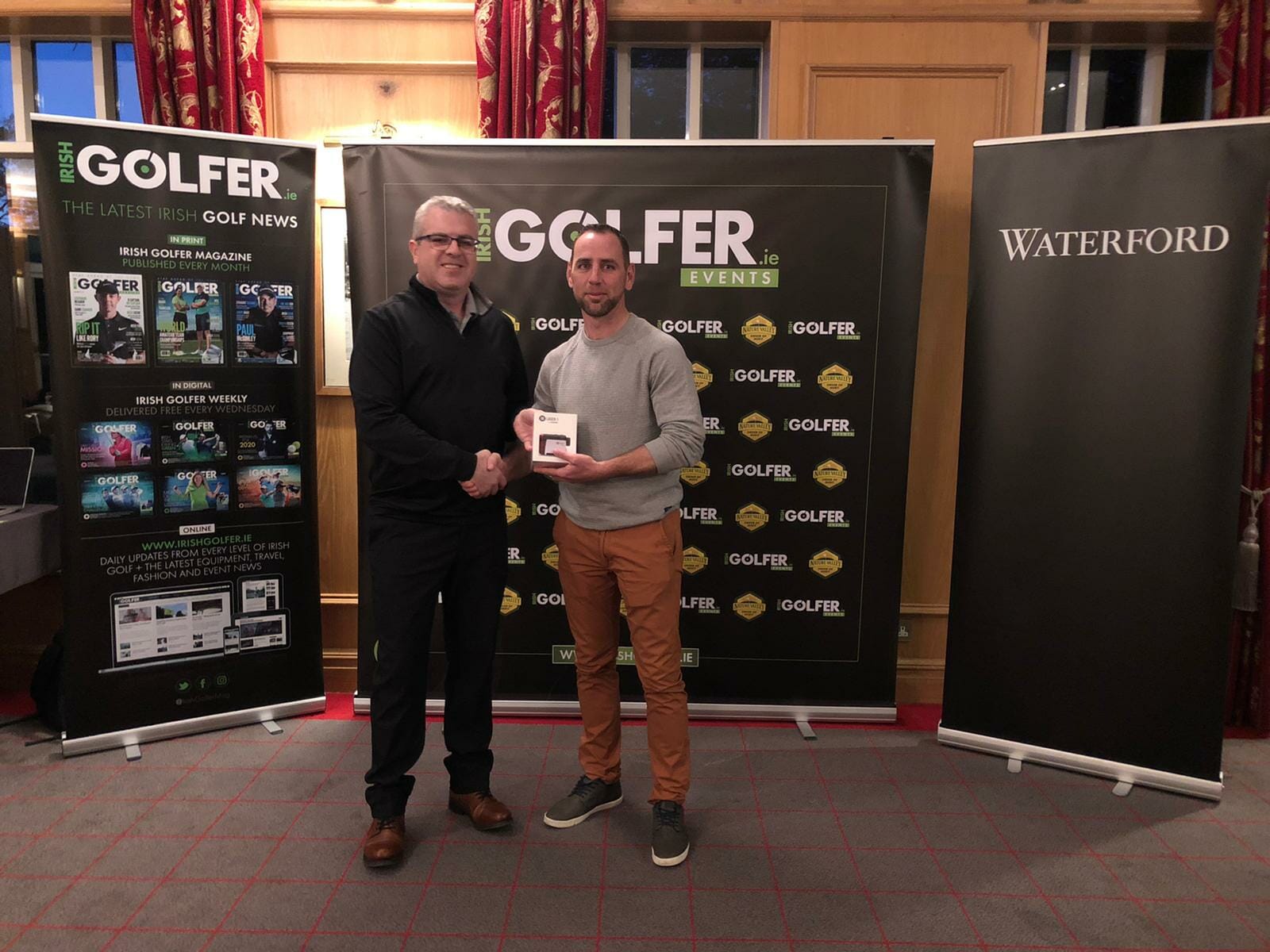