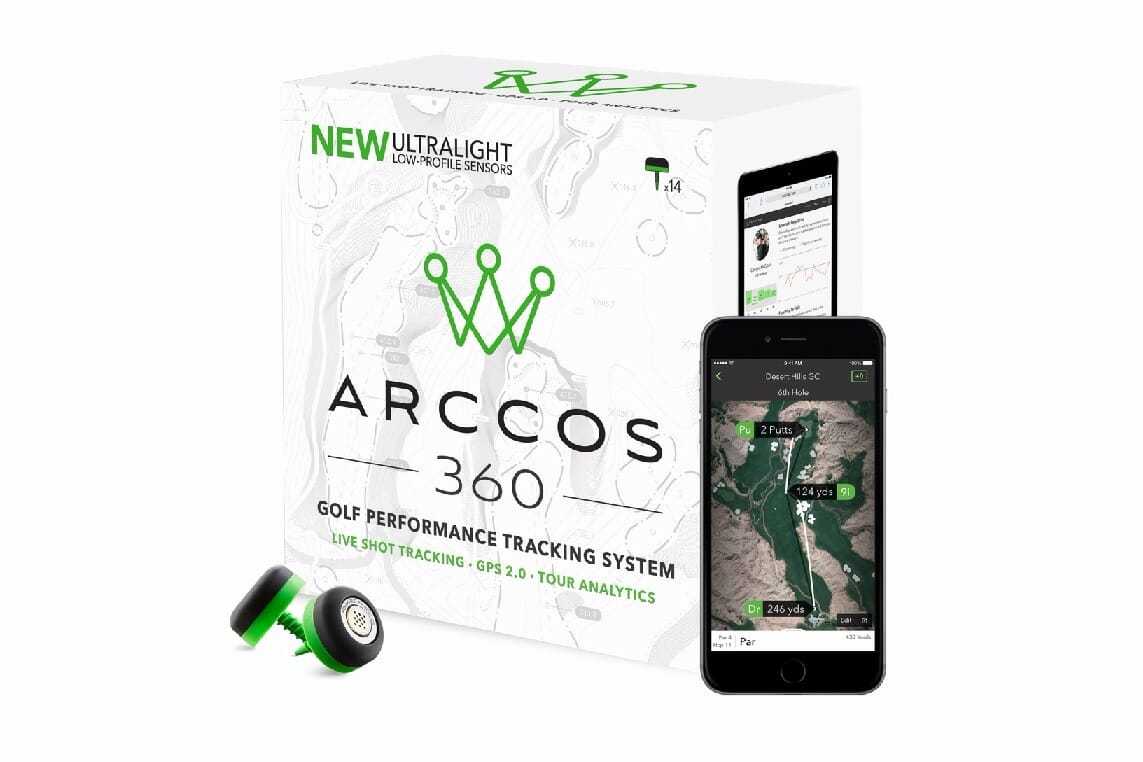 You may remember late last year when Arccos formed an industry-first partnership with COBRA Golf to launch The COBRA CONNECT Powered by Arccos range of connected drivers.

The new KING F7, KING F7+ and KING LTD Black models all come standard with an Arccos sensor embedded in the grip, providing users with GPS while capturing driving distance and accuracy stats.
Well that partnership was just the beginning of what Arccos had planned as the maker of Golf’s #1 Performance Tracker and a technology partner of Microsoft have launched its second-generation system, Arccos 360.

Consisting of 14 ultra-light sensors, one for each club in your bag, Arccos 360 automatically detects every shot a golfer hits without any need to tap or enter any data manually. It then uses an enhanced version of the Strokes Gained algorithm to provide any player, anywhere, with the same ShotLink-style analysis used by every player on the PGA Tour.
“Until now, amateurs haven’t had access to the type of data-driven insights that the world’s best players are using,” says Sal Syed, Arccos CEO and Co-Founder. “We’ve pioneered a system that does just that by seamlessly capturing and analysing every shot a golfer hits, helping them go beyond guesswork to lower their scores.”

Arccos 360 sensors communicate with a free app for iOS and Android devices, delivering data for distances hit, club averages, driving accuracy, greens in regulation, sand saves, putts and more. By accessing the Tour Analytics web dashboard, Arccos users and their instructors can gain valuable insights via deep dives into stats, playing patterns and rich data comparison for every club, shot, hole and round.

“In just over two years, we’ve recorded more than 50 million shots during nearly 600,000 rounds and the evidence is clear – our users improve rapidly,” adds Syed. “In 2016, the average Arccos user who played more than 10 rounds reduced their handicap by 2.77 strokes, a rate that’s 20-times faster than the average player in the USGA GHIN handicap system. This is just the tip of the iceberg in terms of the advanced analytics that will be delivered to the Arccos community through our work with Microsoft.”
Arccos 360 is quite simply a “Caddie in Your Pocket,” and was named the top product at the 2017 PGA Merchandise Show. The more you use it, this data hungry beast will tailor to your specific game needs and offer any information on your game you desire. With rangefinder GPS (in yards or meters) to any point on more than 40,000 courses worldwide it can even tell you which club to use in every situation using a Smart Distance™ data feature that is based on true averages for each club in your bag.

This will instantly give you feedback on what to practice to improve, as the proprietary Tour Analytics platform that provides insights about a player’s strengths and weaknesses, including handicap breakdowns for Driving, Approach, Chipping, Sand and Putting
The Arccos 360 is available now and has an RRP of €299 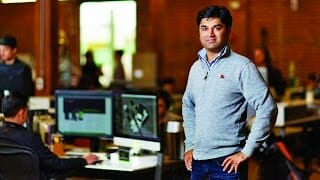