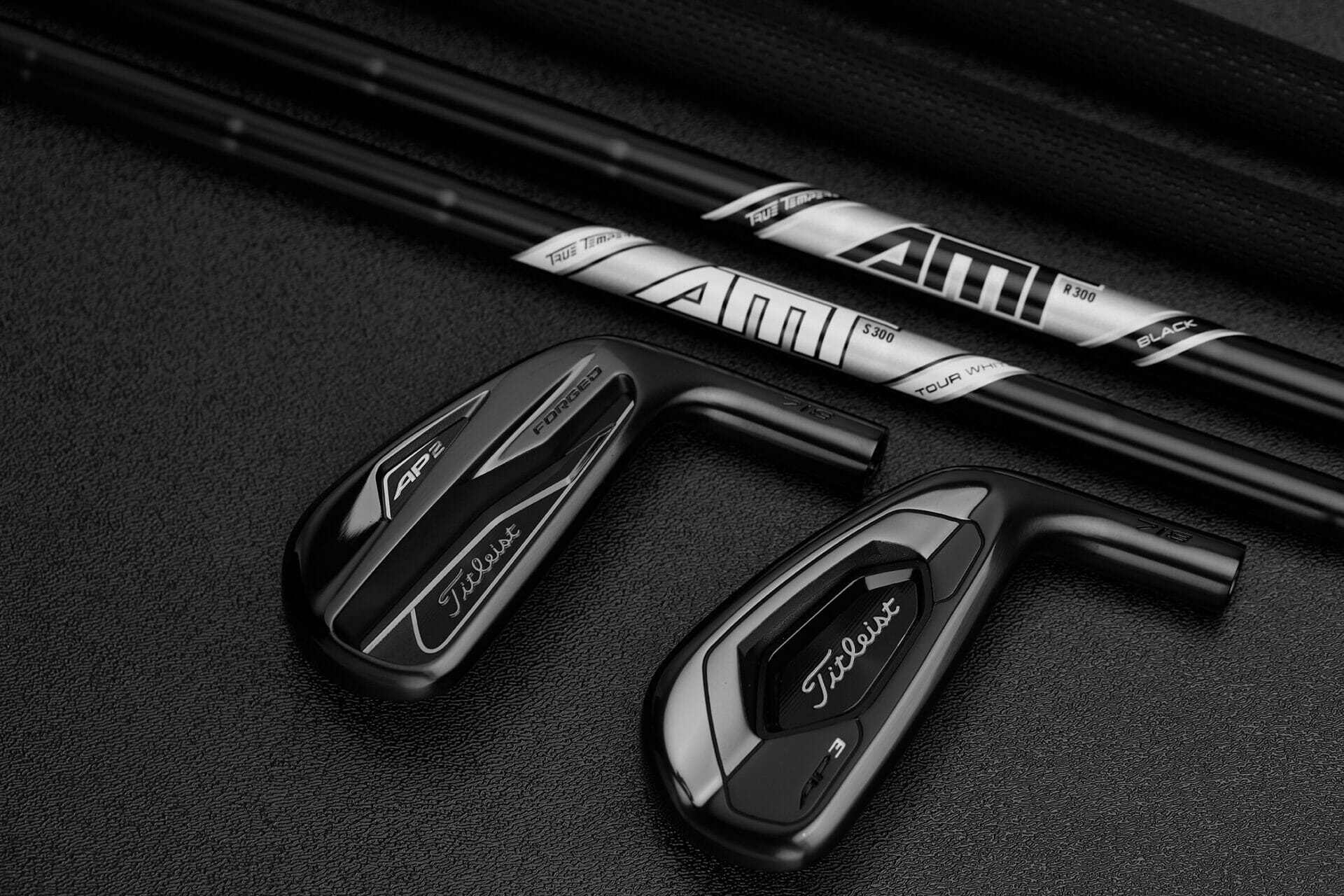 Two of Titleist’s iron models — the AP2 718 and the AP3 718 – will be released in all-black finishes as part of a limited-edition run starting on March 1. Titleist has been the number one iron on the PGA TOUR since 2005, according to the company, but some players were requesting a different look.

“One request we heard from both TOUR players and amateurs, particularly those who have gravitated toard our Jet Black Vokey SM7 wedges, was if they could have these same irons in a darker finish,” said Josh Talge, Vice president of Golf Club Marketing at Titleist.
That request has been granted.
The new Titleist AP2 Black and AP3 Black offerings will come equipped with a high-polish black PVD that will wear the same as the Jet Black Vokey wedges, according to the company. They will also come equipped with True Temper AMT Onyx shafts and black Golf Pride Tour Velvet 360 grips.
Aside from the finish, the AP2 Black and AP3 Black have the same designs and technologies as their chrome counterparts.
718 AP3 TECHNOLOGY:
718 AP3 is the player’s distance iron. An innovative hollow-blade design with high-speed face technology, AP3 merges everything R&D has learned from creating and advancing AP1 and AP2 irons to produce the longest, fastest Titleist player’s iron ever. “AP3 truly represents the best of both worlds,” Talge said. “We’re giving you the distance and forgiveness of a game improvement iron packed into the look and feel of a player’s iron.”

718 AP2 TECHNOLOGY:
718 AP2 continues to raise the bar, improving upon the technology and performance that have made AP2 the gold standard of modern tour irons. The co-forged, cavity back design provides ultimate playability with consistent distance and forgiveness, packaged in a tour-validated profile that delivers pure forged feel. “AP2 is the most popular tour iron globally because it combines the look and feel tour players demand with the precise distance control, they need to consistently hit their target, shot after shot,” Talge said. “For everyone else, it’s the tour iron within reach, because it is so forgiving.”