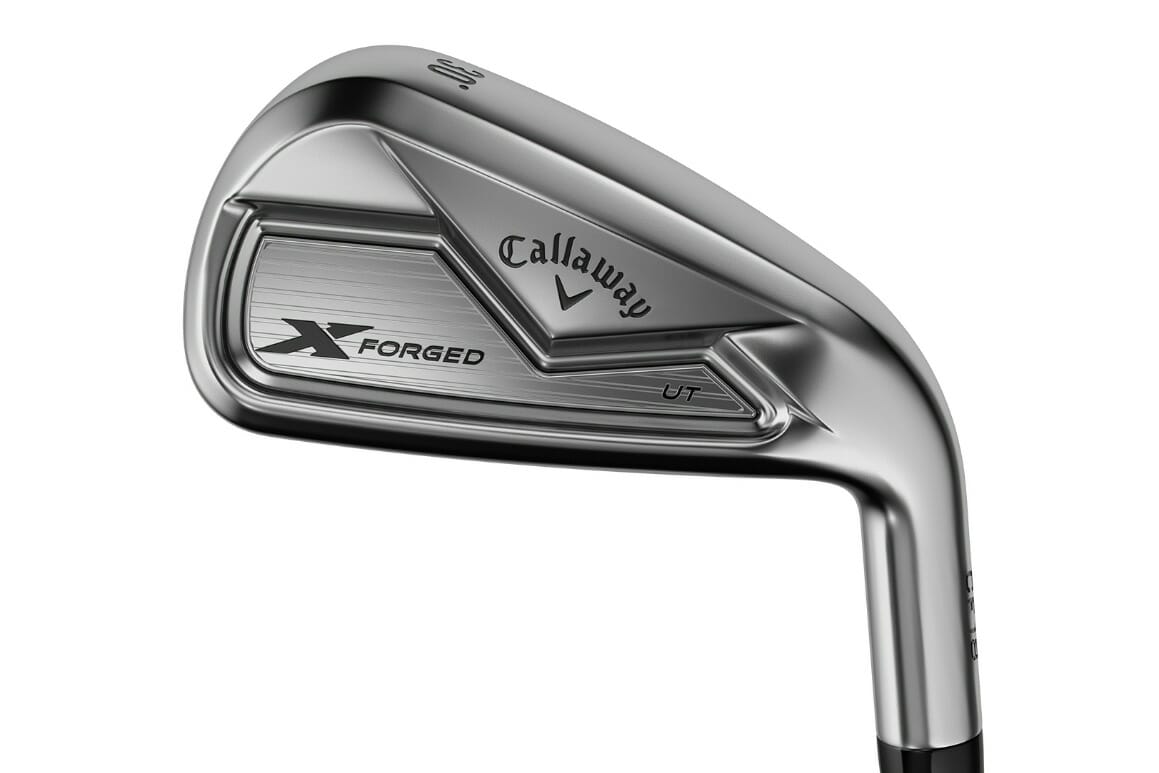 Sitting alongside the recently launched X Forged and Apex MB Iron ranges, these new UT Irons are primarily targeted at the more accomplished player having been developed with significant input from Callaway’s team of global Staff Professionals.

X Forged UT Irons are available in 18°, 21° and 24° lofts with Project X stepless steel shafts and feature a strategically-positioned CG location, sitting directly in line with the centre of the face, promoting straighter ball flights and maximum ball speed.

X Forged UT Irons give golfers extreme versatility and control from the tee, further enhanced by a tungsten-infused insert to increase MOI (resistance to twisting), making it simple to control ball flight, with easy launch and longer carry.

These irons have already been seen on Tour in a number of players’ bags, including new Callaway Staffer, Sergio Garcia.

Dr. Alan Hocknell, Senior Vice President, Research and Development at Callaway Golf, commented: “Utility irons have become increasingly popular on Tour because they are giving players an injection of confidence to hit the fairway or the green, especially when they need to fit the ball into tight landing areas.

Caldwell best of the Irish at inaugural Celtic Classic

It's not often your opening round of -3 sees you 9 (yes nine) shots off the leaders pace. Welcome to the Alps Tour, these guys are good!
Read more
GUI / ILGU News

Challoner and Higgins turn up the heat in Tuam

Final few places available for the Newry, Mourne & Down Trophy 2020

In the year of the Staycation, golf enthusiasts need look no further than this three-day tournament that finishes with a flourish on the fairways of Royal County Down
Read more
Nature Valley Order Of Merit

The updated Nature Valley Order of Merit is here and with the Carton House event this weekend (August 16th) cancelled due to Covid-19 restrictions, your next chance to take part will be at PGA National Slieve Russell.
Read more