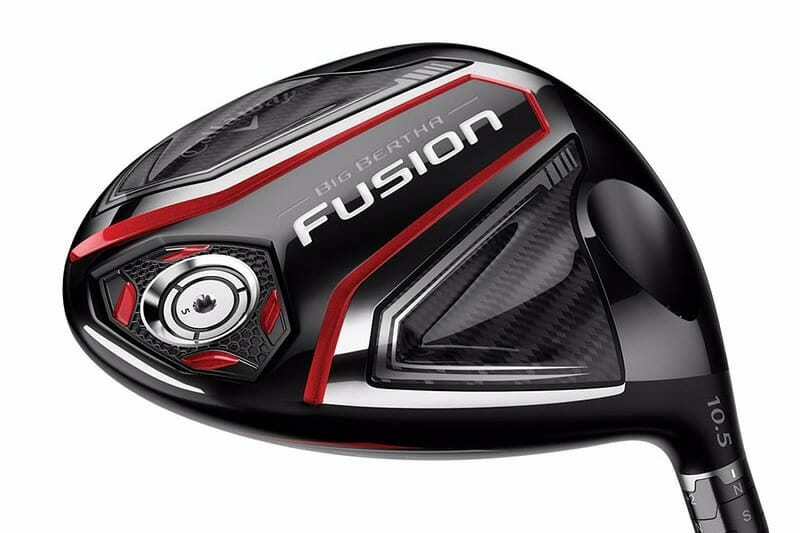 The golf market is generally a very crowded place with products from the different manufacturers usually challenging for a lot of the same space in your golf bags. However, every now and then a design comes along that stands head and shoulders above the market offering. Each season we hold our breath waiting to see what tweaks and twists the world’s club design talent produces.

Well this is one of those times when a design comes along that literally blows me away. The good news is that we spotted it here at Irish Golfer as I believe that this model might get lost in the eclipse of its bigger brother that is due to launch later this month.

If you are in the market for a driver and you are a mid to high handicapper who struggles to keep the ball in the fairway. If you are the kind of golfer who is quite erratic off the tee and normally prefers to use a 3 wood or even an iron. If you end up hitting it too high with the 3 wood or iron and wish the ball flight was a bit lower. If you know you struggle to hit the ball in the centre of the driver and are well and truly fed up with missing another fairway and ruining a good scorecard then your wait is over.

The Callaway Fusion driver is, in my opinion, the BEST EVER driver head Callaway have produced since the original Big Bertha that revolutionised the driver market back in the early 90’s and changed tee shots forever.

Back in the day Ely Callaway built his company around wanting to produce golf clubs and especially drivers that made the ball fly in the air quickly and were easy to hit. He designed a lot of his early prototypes for his ageing friends who he used as soundboards for his designs. He reckoned that if his buddies could use them and score well with the early prototypes then the product had a place in the market.

This is one of those moments where Mr. Callaway hopefully is looking down with a nod of approval as this Fusion masterpiece delivers the kind of consistent ball flight and strike numbers that make guys like me sit up and take notice. 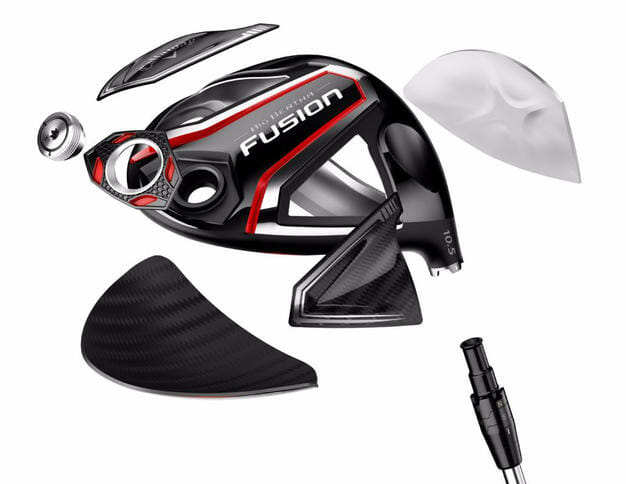 TECH:
The head is a “fusion” of carbon fibre in the crown and a titanium face frame. The crown uses a tri-axial construction with the carbon fibre which allows it to be ultra-lightweight but very strong. The importance of making this part of the club very light is that it then allows for that saved weight to be placed or focused elsewhere and more specifically at the very back of the head.

The sole then uses more carbon fibre to form the chassis of the driver so that the strength chambers and sound dampening framework can be put in place. The face frame needs to be supported from the top and bottom but taking all this weight from the sole and crown means the parts between the face and the back of the club are the lightest they have ever been.

With all this weight saving, the driver then has a very important weight chip at the back. This weight chip moves the CG (Centre of Gravity) in the driver lower and, thanks to a very clever cone shape head, as far as possible from the face. This “stretched” weight position creates the highest MOI (Moment of Inertia) I have ever seen in a driver*. NOTE: (*only from the 44.5” shaft length driver).

MOI works a lot like a set of stabilisers for the golf club. The deep back weight is focused so far from the face that and strike area that it keeps the head incredibly stable on off centre hits (usually a disaster for club golfers). This also means you can swing as hard as you like with the club as the stable head and shorter shaft help to keep the ball really straight off the tee.

The key performance factor in this driver is the shaft length. You have to get the 44.5” shaft length for this driver to show you what it’s really good for. Just be aware the new drives won’t be the longest you’ve ever seen from a driver but the consistency of the distance and direction will be mind-blowing. Ideally go for the UST Recoil graphite shaft and make sure you go for the heavier head of the two (There are two weighted heads for the shorter length and one for the longer length but you need the heavy head so it balances with the shorter length shaft).

Under testing I actually saw on our TrackMan 4 an average smash factor (ball speed divided by clubhead speed) on 11 drives go to 1.51!!! Just to note I have NEVER seen a smash factor average above 1.48 when testing clubs.

If you struggle off the tee, are in the market for a new driver and have been waiting for something special then don’t let the new Fusion pass you by. This model will take some beating and I firmly believe that this one really could be THE ONE.

The Fusion driver and its comparable fairway wood are available in stores now. Don’t say we didn’t give you the heads up!!

Derek Murray is Ireland’s leading golf equipment technician and is Irish Golfer Magazine’s equipment & technical advisor. He owns and runs ForeGolf at Killeen Castle, Dunsany, Co. Meath where he oversees his custom club fitting and club making business. His unique system of fitting clubs for golfers of all abilities and top golf professionals has won him a number of awards including the prestigious World Clubmaker of the Year in 2010. For more information see www.foregolf.ie

McIlroy leads by example with act of class in round two

After his ball was trod on, Rory McIlroy found himself on the receiving end of a drop too good, uncomfortable that the lie he was given compromised the integrity of the game
Read more
Tour News

Meadow in the mix at LPGA’s Marathon Classic

Leader Haotong Li was full of praise for a Dubliner's influence on his career but not many other Irish eyes were smiling after frustrating days for McIlroy, Lowry and McDowell
Read more
Tour News

McIlroy & Lowry with it all to do at TPC Harding Park

Restrictions for golf in Kildare, Offaly and Laois

Those of you with a game of golf planned this weekend may want to have a look at the latest restrictions, not just for the three counties in question but those outside them too
Read more