FootJoy upgrade its Pro|SL Carbon series to include BOA

The Pro|SL Carbon, one of FJ’s most popular and most technologically advanced shoe designs, has just unveiled an upgrade with the addition of its BOA WRAPID fit system.

The shoe’s new addition of a Boa Wrapid Fit System will further elevate its comfort and performance to create an impressive model joining the Pro|SL family, and builds on from the success of the Pro|SL as the #1 Shoe on Tour. Following the launch of the HyperFlex Boa at the beginning of the year, the Boa Wrapid fit system has proven particularly popular with golfers, who are increasingly surprised at the genuine difference in fit and performance the non-laced, dialled mechanism provides. 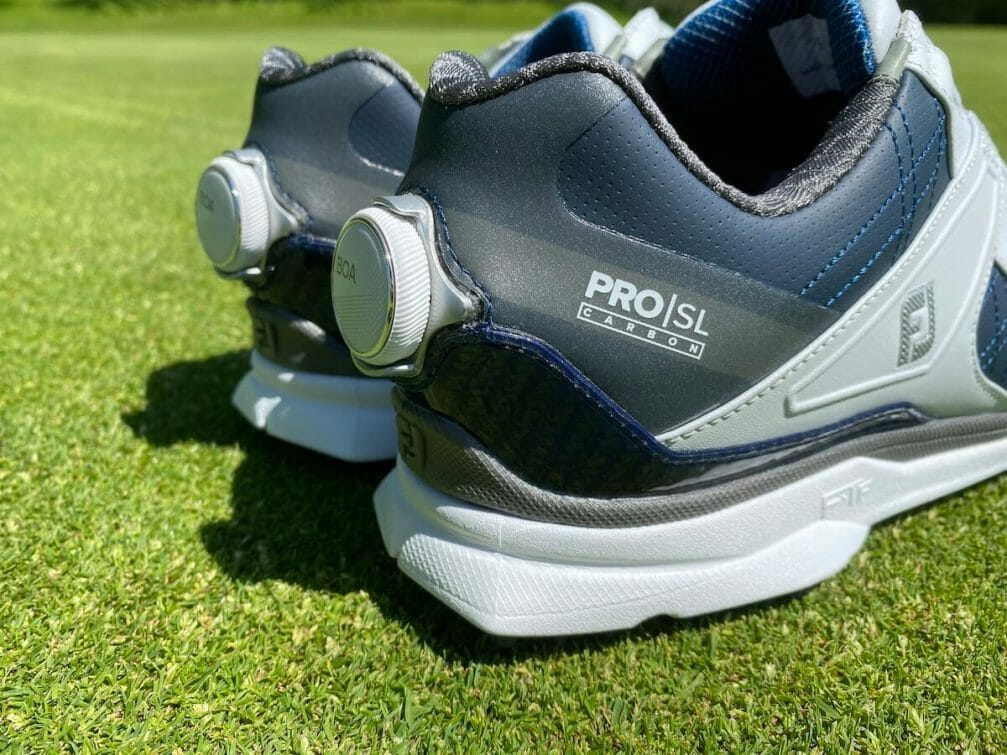 Since launching in 2019, the Pro|SL Carbon (laced) has provided golfers a carbon fibre insert within the midsole to offer exceptional stability and motion control. Its carbon fibre inlay flexes and elastically snaps back to its moulded position to recover energy expended when walking between shots and reduce foot and leg fatigue at the end of the round. The combination of the two, Boa and the Carbon fibre inlay, featured in the all-new Pro|SL Carbon Boa presents a highly advanced and welcomed footwear option for golfers looking for a step up in spike-less performance.

As the #1 Shoe in golf, this latest addition to the Pro|SL category continues to demonstrate FJ’s commitment to setting the standard in golf footwear, with golf-specific innovation and a single-minded focus on golf performance.