PUMA Golf is continuing to pay homage to The King at the 2021 Arnold Palmer Invitational with some exciting, new Limited-Edition gear inspired by the life and career of Mr. Palmer. In addition to the expansive PUMA x Arnold Palmer Collection that launched on February 10, National Umbrella Day, the LE gear launching includes caps featuring the iconic umbrella logo and Arnold Palmer Iced Tea graphic designs in multiple fun colorways. The LE gear will also include three new footwear options designed to honor the life and career of golf’s most beloved figure, while offering the same great performance and comfort golfers have come to expect from PUMA’s shoes.

Throughout the week, Rickie Fowler is slated to wear some of the LE API gear including a new pair of PROADAPT Delta Arnold Palmer shoes.
Additionally, PUMA has partnered with Rickie and the Arnold Palmer team to once again raise funds for the Arnold & Winnie Palmer Foundation, creating the Ultimate Golf Package that will be included in a sweepstakes and open to anyone who makes a donation to support the Foundation.

The grand prize will include a once-in-a-life-time trip for the winner and a guest to attend the 2022 Arnold Palmer Invitational with the chance to play the iconic Bay Hill course and receive a private tour of Arnold Palmer’s office, along with head-to-toe PUMA Golf gear and a COBRA RADSPEED Driver. Additional prizes for donations will include LE PUMA API caps, shoes and bags, personally autographed by Rickie and PUMA athletes Gary Woodland and Bryson DeChambeau. 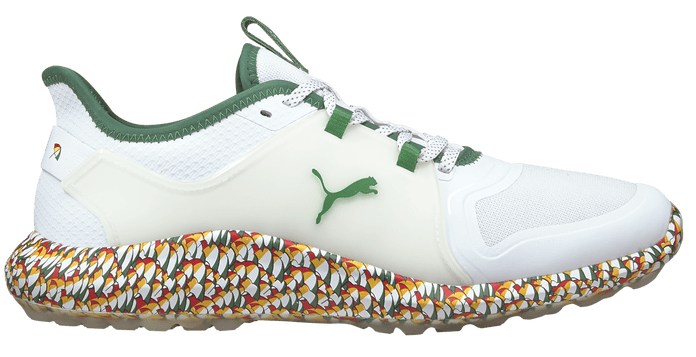 • IGNITE FASTEN8 Arnold Palmer (€160) – Featuring an overlapping Umbrella design on the sole, Mr. Palmer’s signature on the heel in a white with hits of green colorway.

• IGNITE PWRADAPT CAGED Arnold Palmer (€150) – Featuring an overlapping Umbrella design on the sole, Mr. Palmer’s signature on the heel in a white and green colorway. 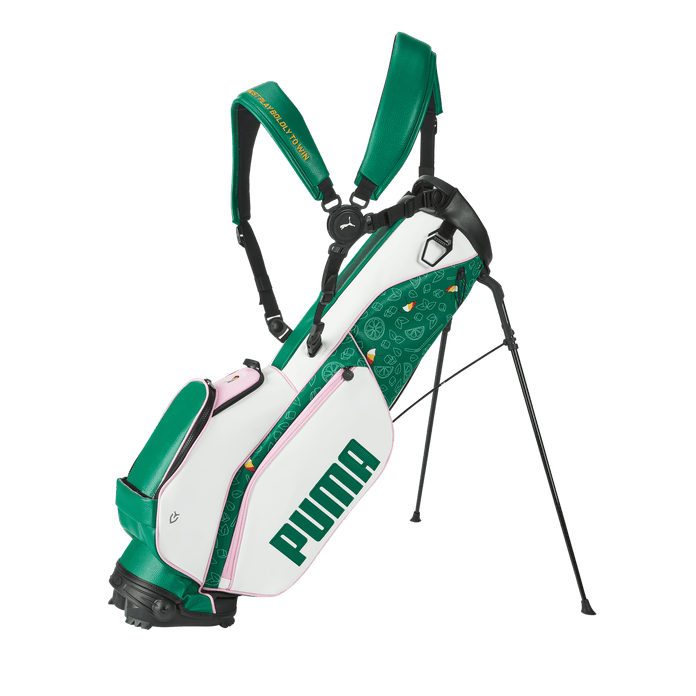