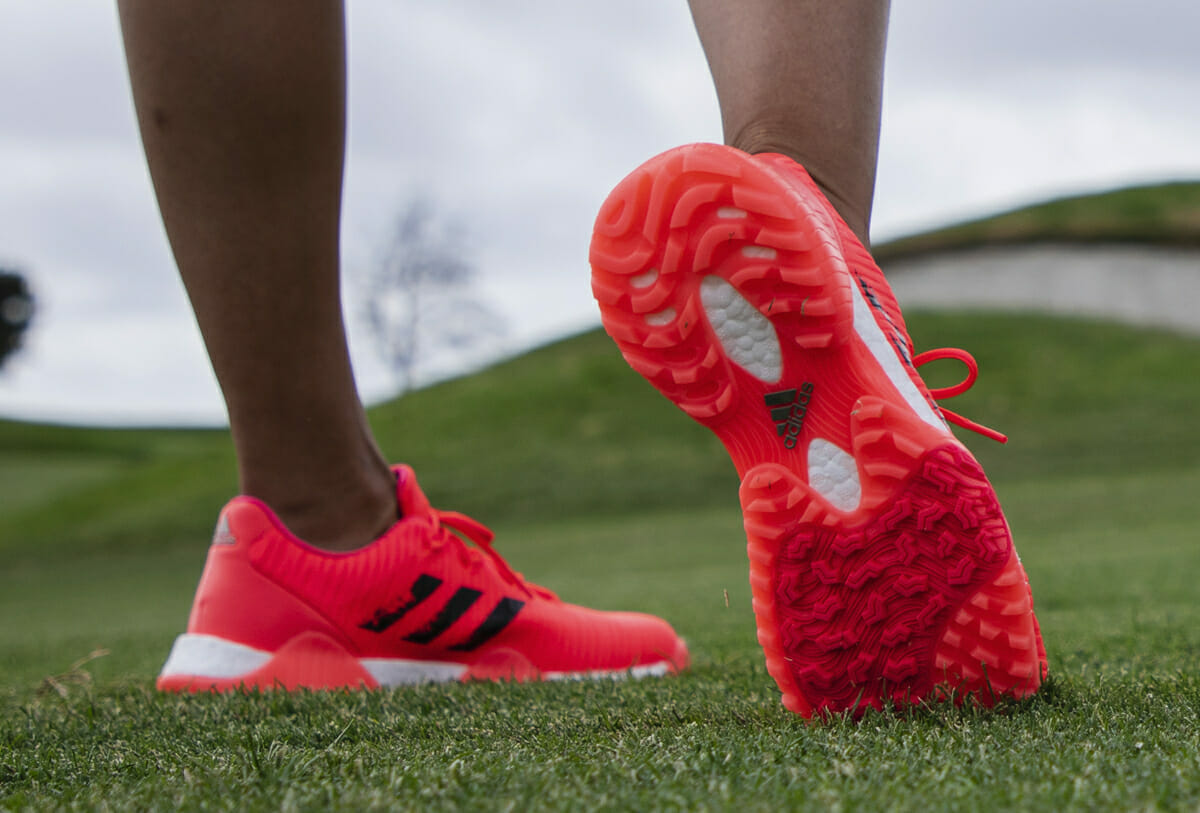 Exactly one year from today, thousands of the world’s best athletes – including 120 golfers – will finally be in Tokyo to get their chance at competing for a coveted spot on the podium. That means the likes of Leona Maguire, Rory McIlroy, Shane Lowry and Stephanie Meadow have one more year to prepare their bodies for maximum output on the biggest stage of all.

Adidas is commemorating this moment by uniting athletes and fans everywhere through a special capsule –the Tokyo Collection – made up of 41 footwear silhouettes across 19 sports, all purposefully designed in a signal pink colourway meant to connect athletes without words. 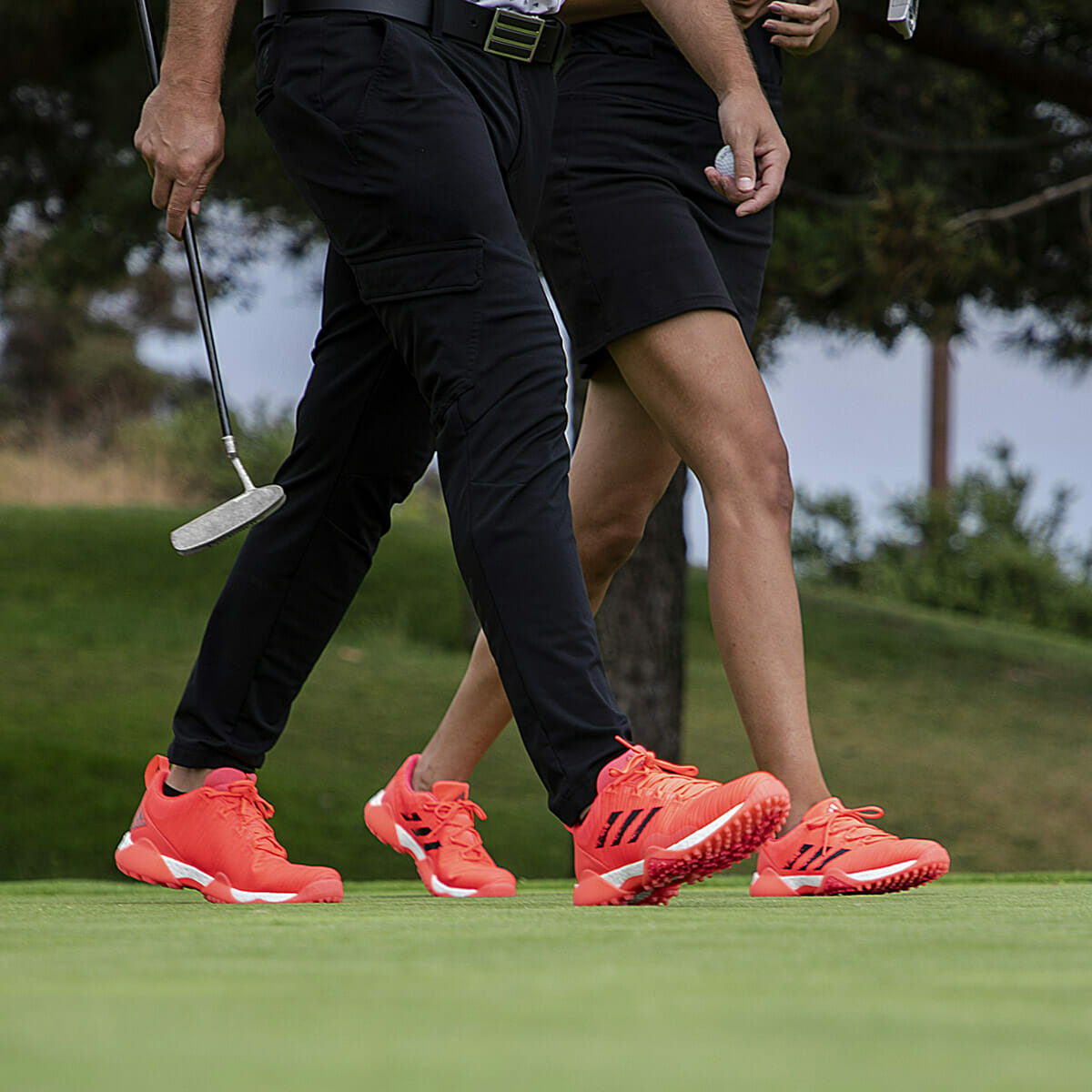 While the footwear was originally intended to be worn in Tokyo by all adidas athletes during their respective events this year, the repurposed collection now unites this same community in a different way as they continue to train and inspire in preparation for 2021.

As part of this collection adidas Golf is releasing a limited edition Codechaos model in this signal pink colourway for both men (€169) and women (€149).

Codechaos, announced earlier this year, challenges the definition of what a golf shoe can be by mixing the perfect blend of comfort and performance in a sleek and athletic silhouette.

The Codechaos “Summer of Golf” was not only a rally cry and declaration, but also a representation of how golf has offered thousands of people some solace in recent weeks by playing the sport.

Originally inspired by the 1967 “Summer of Love” phenomenon that took place in San Francisco, this tie-dyed version of adidas’ new Codechaos footwear was intended to commemorate the locale for the second major of the year.

At the heart of the colourful tie-dyed footwear the words ‘Summer of Golf’ are emblazoned on the tongue. While they certainly are a play on words in homage to the historic events of 1967, it evolved to become a pronouncement to golfers everywhere in 2020.

In the absence of live professional sports and many people losing the opportunity to play most sports recreationally, golf has emerged as a unique outlet to fill this void. With social distancing guidelines and increased attention around health, many golfers, both veterans of the game and new to the sport, have appreciated how golf offers the opportunity to safely play, exercise and interact with others.

“When we designed this shoe roughly 18 months ago, we clearly had no idea there would be a global pandemic that would impact all sports including our own,” said Masun Denison, global footwear director, adidas Golf.

“We knew that adding those three words on the tongue would make this shoe special, but those three words mean so much more now that we are actually able to get outdoors and play the game we love. It’ll definitely be a memorable summer in the history of our sport.”

Codechaos is the latest model from adidas to challenge the definition of what a golf shoe can be. The sleek spikeless silhouette was designed from the ground up. It features Twistgrip technology to give players precise traction where they need it most and Boost cushioning for unparalleled comfort in every step.

The footwear is available now while stocks last HERE