The JPX Series irons led a resurgence for Mizuno, starting with the JPX900 Tour and more recently the JPX919 Tour, residing in the bag of the back-to-back 2017/2018 US Open and 2018/2019 USPGA champion. Now Mizuno has unveiled the next evolution of JPX – the JPX921 Series, a highly engineered family of irons that has been developed alongside Mizuno’s comprehensive custom-fitting programme to deliver exceptional performance and help all golfers get the very most from their games.

The JPX921 Forged offers the fastest ball speeds Mizuno has ever produced from a fully Forged iron; JPX921 Tour blends precision with enhanced stability from off-centre strikes; the JPX921 Hot Metal and Hot Metal Pro represent the 3rd generation of Mizuno irons to be crafted from high-strength Chromoly 4140M. Despite design differences, all members of the JPX921 family of irons are unmistakably Mizuno in profile and sensation through impact.

Grain Flow Forged HD in Mizuno’s legendary facility in Hiroshima Japan, the JPX921 Forged irons offer an identifiable and unsurpassed Mizuno feel. The integration of Chromoly 4120 allows for a clubface up to 0.5mm thinner which delivers the fastest ball speeds Mizuno has ever produced from a full body Forged iron.

Despite this, the JPX921 Forged irons offer a sleeker, compact profile – a shorter blade length throughout, a bevelled training edge and reduced offset. The feel is that of a traditional forged iron as the JPX921 Forged gets noticeably sleeker through the set. 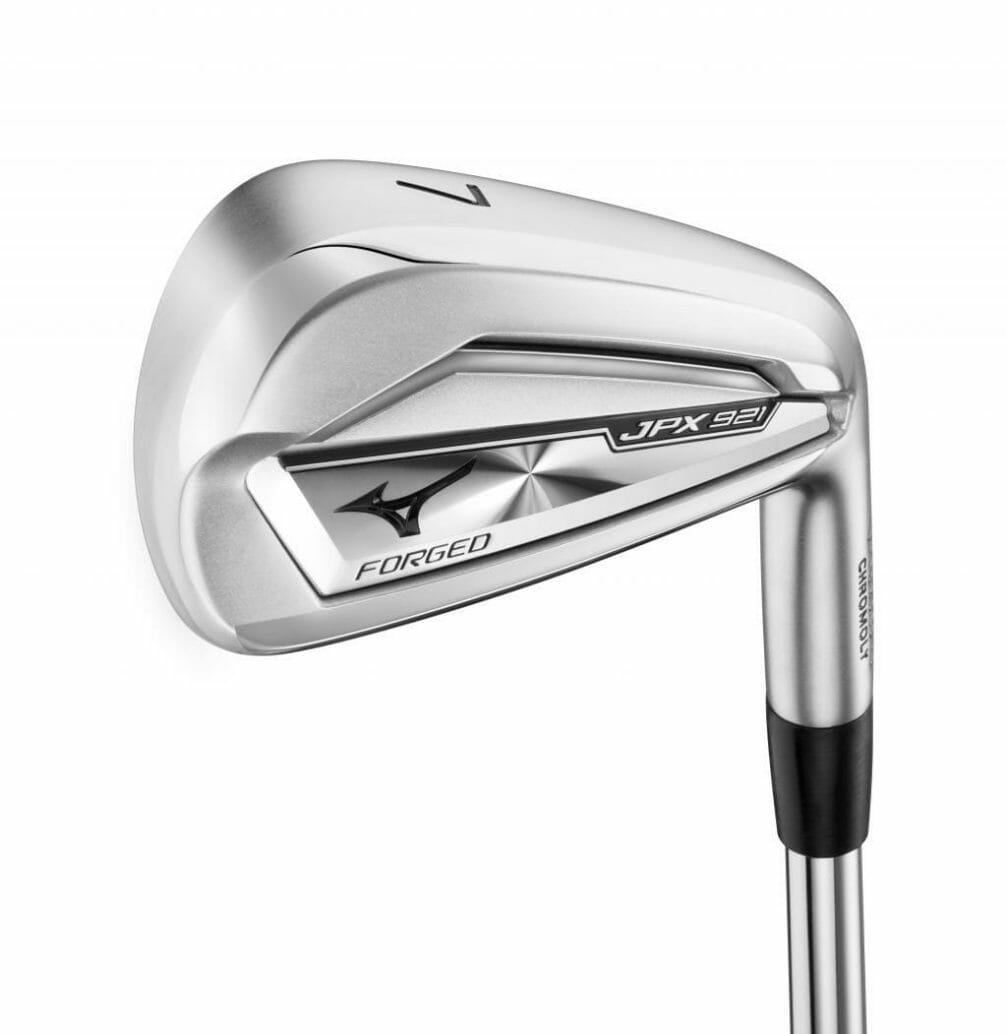 The most chosen Mizuno model on the Tour among non-contracted professionals – the JPX900 Tour and JPX919 Tour were both played to win Major championships. The stunning new JPX921 Tour maintains its predecessor’s surprising fusion of precision with stability from off-centre strikes. Now even thicker behind impact for an enhanced, softer feel with tour refined short irons for smoother turf interaction.

The shorter irons feature a narrower sole for improved turf interaction while a thicker cavity pad throughout the set, evolving from Mizuno’s study of vibration patterns, produces a harmonic impact that can be felt for a fraction longer.

With a pearl brush, anti-glare finish to minimise distractions over the ball, the JPX921 Tour offers the sharper, stripped-back functional look that the modern player appreciates. 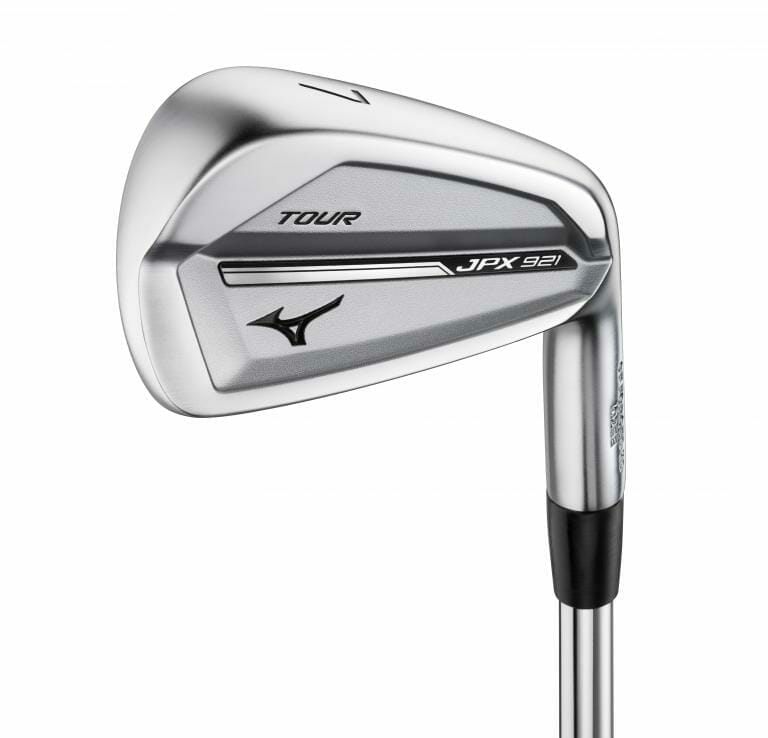 The JPX921 features Mizuno’s most complex face geometry to date, to produce additional energy from the clubface; the Hot Metal Pro version offering a more compact profile with reduced offset.

The use of Chromoly 4140M and a re-engineered CorTech face, now 0.2mm thinner across the centre point, creates exceptional ball speeds. These are further enhanced by the Seamless Cup Face featuring a variable thickness sole design that allows the leading edge to act as a hinge, generating greater flex. 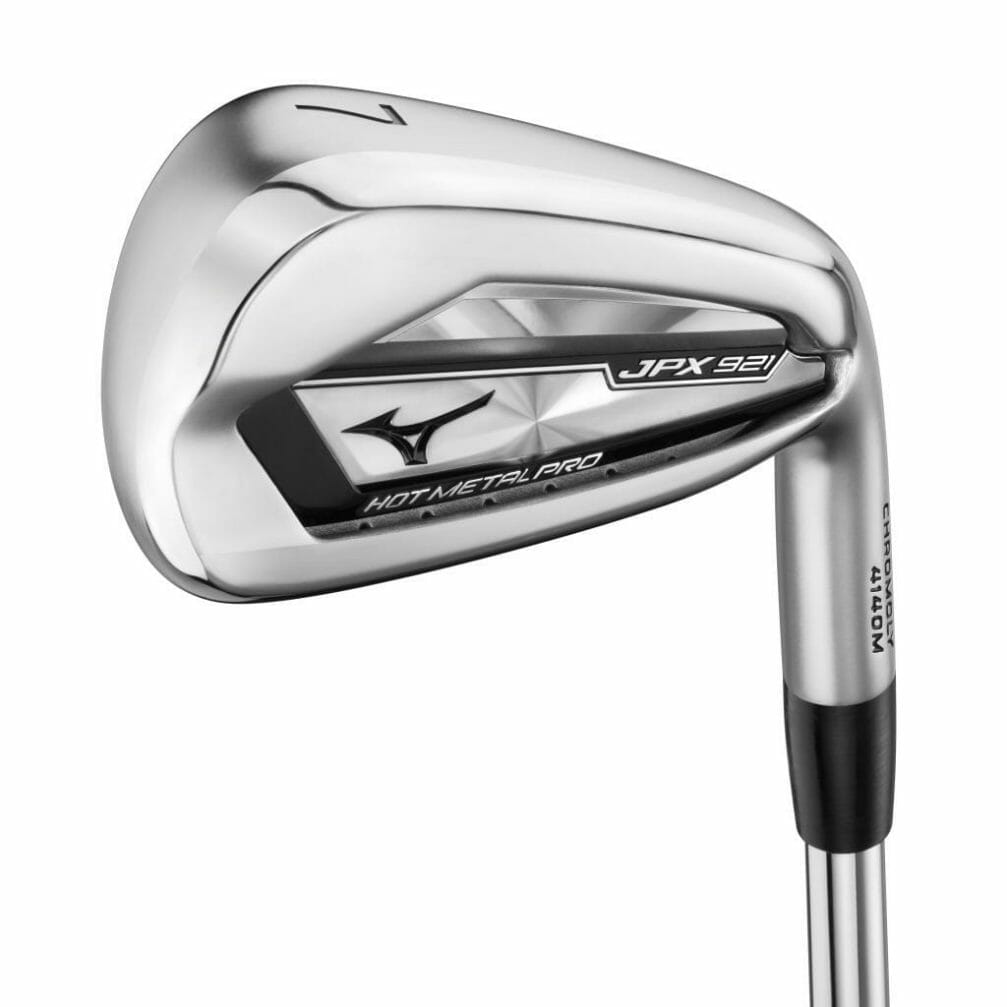 The first left-handed Mizuno JPX Tour irons since it’s conception in 2016. Built into a combination set with JPX921 Forged long irons (#4 and #5) and JPX921 Tour mid and short irons (#6-GW) for the perfectly balanced set-up. Lofts have been pre-adjusted for perfect distance gapping between the models. 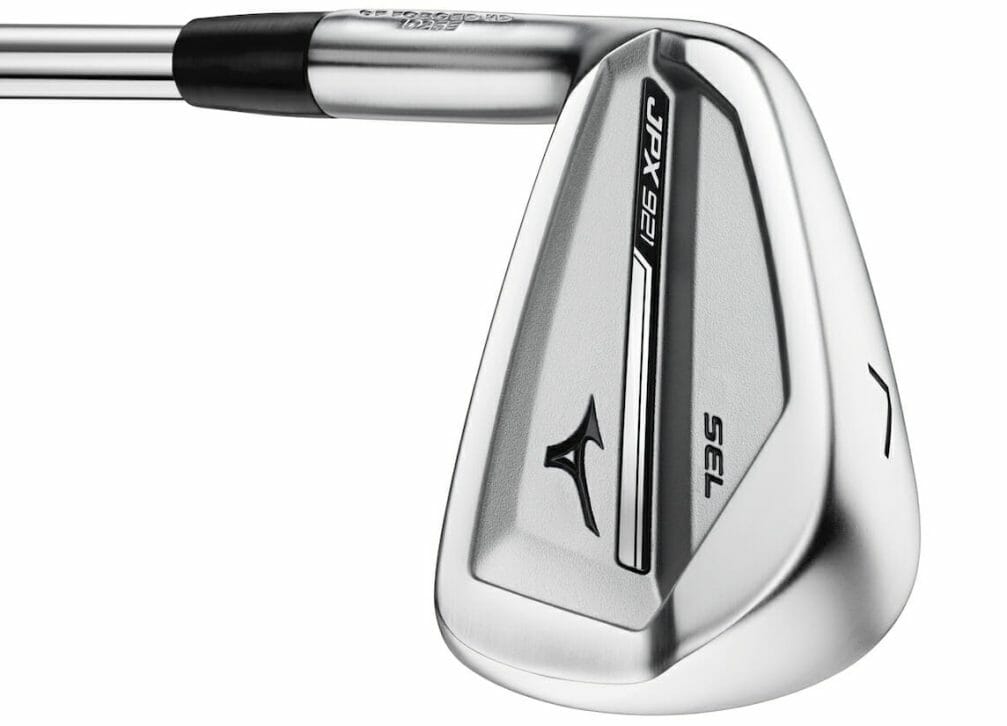