Founded in 1959 in Japan, HONMA is one of the most prestigious and iconic brand in the golf industry, synonymous with intricate craftsmanship, dedication to performance excellence and distinguished product quality. The premium Japanese brand, has blended revolutionary technology with cutting-edge design to create the new HONMA TWorld747 range for the 2019 season.

Headlined by the TWorld747 455 and 460 driver models which are both designed using HONMA’s ground-breaking Proprietary Adjustability System which allows golfers to adjust the loft of the club to create their desired shot shape, without rotating the spine of the shaft, which improves ball flight and distance.

The crown of the TWorld747 driver is crafted from an extremely light ET40 carbon with a ribbed grooving. Behind the clubface, HONMA’s new 4 Fang Technology deploys four metal studs that due to their strategic position, increases strength and energy along the face to deliver faster ball speeds and greater distances.
The 455 is the smaller of the two models that uses a weight system to maximise MOI to generate higher ball speeds, while the 460 model is slightly more forgiving and uses interchangeable weights to create the desired shot shape.

“The new TWorld747 series is truly a world-first, which combines distance innovation and supreme craftsmanship,” said Alejandro Sanchez, General Manager of HONMA Golf Europe, based in Switzerland. “The non-rotating spine system in the driver is brand-new technology and the distance benefits will be obvious from the first swing,” he added.

Justin Rose will game the TWorld747 for the 2019 season after leaving TaylorMade Golf to sign a multi year equipment contract with the Japanese brand “I’m extremely excited to be joining HONMA.” said Justin, “Coming off one of my best years professionally, I wanted to make it a point to get better. I believe HONMA equipment and the legendary HONMA craftsmanship can help make me better.” 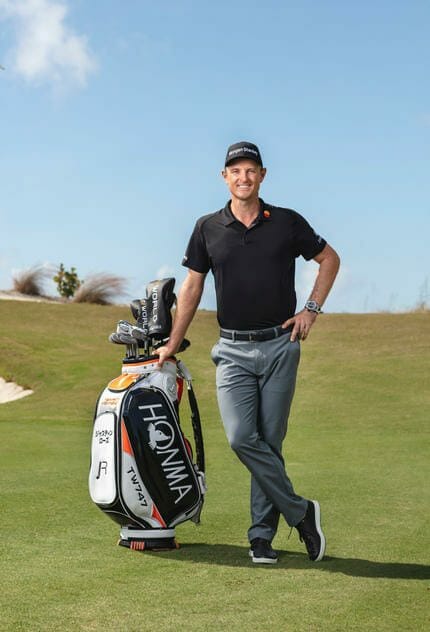 Mr. Liu Jian Guo, Chairman of HONMA Golf, commented, “when we thought about the ideal golfer that aligns with our company values, everything pointed to Justin Rose. Justin is a world-class player, and beyond that, a gentleman and family man. We are ecstatic to have him on the HONMA team. Besides, we strongly believe that with Justin’s local and international influence in the sport and his media coverage and social media following, the partnership will create an immediate and positive uplift of HONMA’s brand image and product awareness in mature markets such as North America and Europe which will in turn accelerate the implementation of HONMA’s growth strategies in these markets.”

The 2019 generation of Honma Golf distance clubs feature two brand new driver models, fairway woods, hybrid and two iron models to cater for both the better player and game improver. Reviews for all can be found in our equipment section.