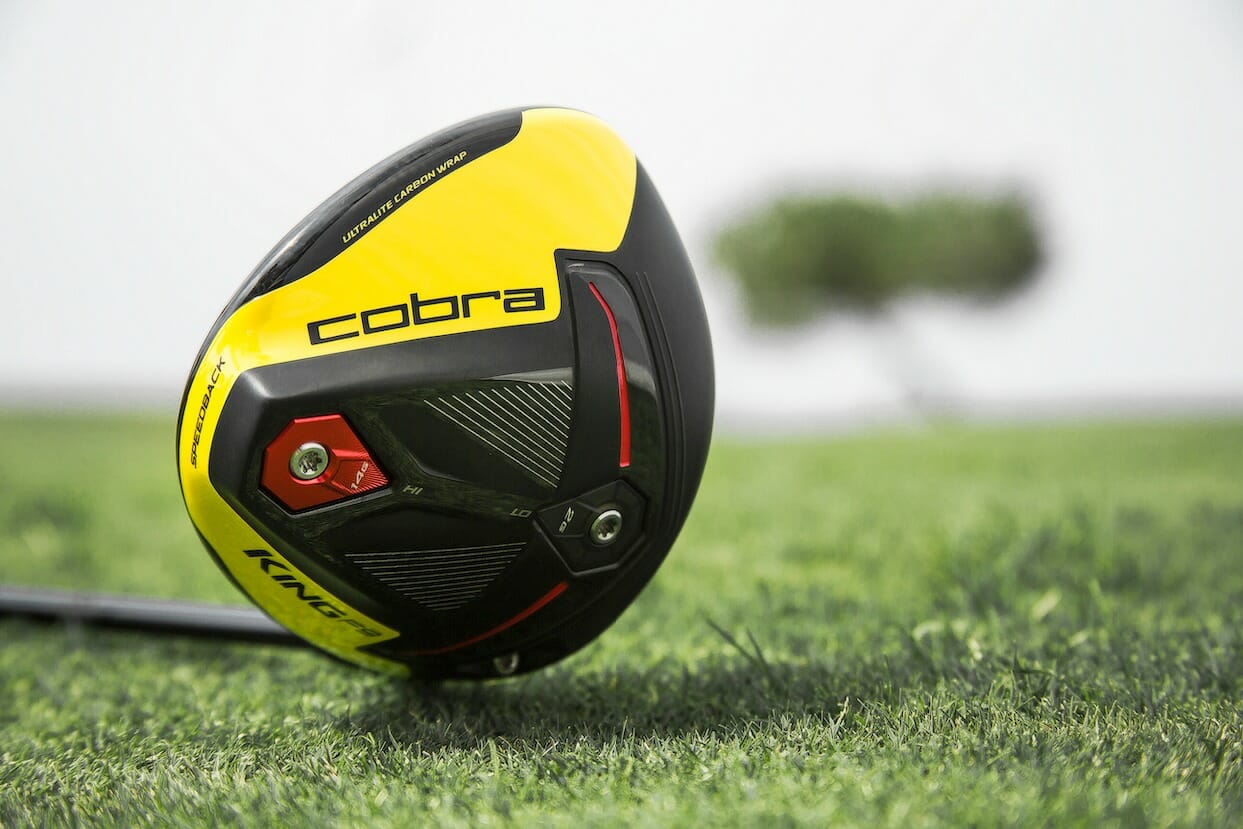 With F8, Cobra had the most forgiving face in golf this season so it’s no surprise that the next evolution in Cobra’s F family, The F9 Speedback, was going to be more focused on speed.

For Cobra’s R&D team that meant taking on the tough task of successfully combining a highly aerodynamic clubhead shape with low CG.
Historically, aerodynamic heads designed for speed have come at a cost to overall forgiveness due to a centre of gravity location that can’t be positioned low and back in the head.
With F9, Cobra is attempting to break aerodynamic design constraints with the help of the company’s new Speedback Technology. The design begins with an aerodynamic shape that comes from a raised perimeter skirt, aft, crown and rounded leading edges designed to reduce drag and improve overall stability and clubhead speed. The perimeter skirt on the back of the head is meant to mimic the diffusers found on the underbody of a car that redirect airflow upward, improving downforce.
It’s difficult not to be struck by the black and yellow colour of this new driver. When Rickie Fowler first tested the F9 Speedback his first impressions were “Business on top, party on the bottom”

F9 Speedback features a host of other technologies from previous Cobra models, including strategically placed PWR Ridges designed to add rigidity to the carbon crown for a more efficient energy return and Cobra’s CNC milled face.
The F9 face is 3 percent lighter and 10 percent thinner than its predecessor, which allows the face to flex more effectively at impact. The face also features, for the first time, an optimized bulge-and-roll curvature for different lofts and swing speeds.
With more roll on the top half of the face and less on the bottom half, launch conditions are improved, regardless of where the ball is struck at impact.
Polymer trips were added to the front portion of the crown — similar to what’s currently found on King F8 — to further improve airflow and overall efficiency. The trips are one-tenth the weight of titanium and allow the air to glide around the head.
The new overall shaping is 17 percent more aerodynamically efficient than Cobra’s King F7 driver from two years ago; it’s 5 percent more efficient than last year’s King F8.

Added to the equation is a carbon fibre crown that wraps around the perimeter of the head, further reducing the amount of titanium used in the overall design. By increasing the carbon fibre area by 12 percent, engineers were able to save 10 grams of discretionary weight.
Weight savings in the crown led to the addition of an adjustable port in the back of the head housing a 14-gram weight. The design of the port pushes the weight deeper in the head, lowering the club’s overall CG. The 14-gram weight can also be positioned closer to the face to optimise launch and spin characteristics.

Price and specs
Cobra’s King F9 Speedback driver will be available on January 18, 2019 and will have an RRP of €399 with the fairway woods available for an RRP of €249.
Cobra’s F9 Speedback will be offered in three standard lofts (9, 10.5 and 12 degree) with an adjustable sleeve that can go up and down in loft by 1.5 degrees. MyFly8 with Smart Pad technology affords golfers the choice of 8 loft settings (and 3 draw) to fine-tune trajectory and launch conditions while Smart Pad ensures a square clubhead at address.