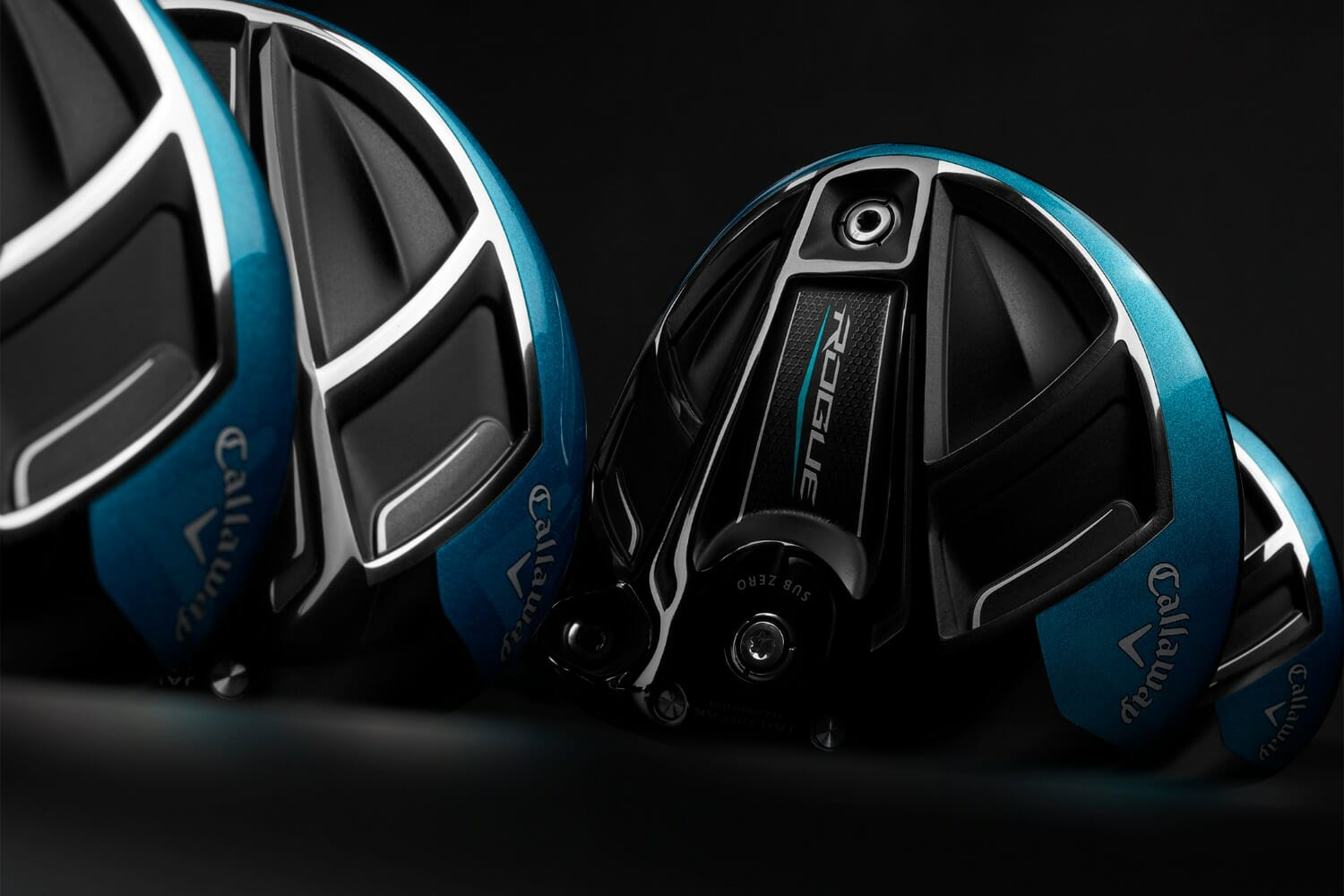 You could not help but be impressed with Callaway last year, 2017 really was an Epic year for them. The enhanced distance they generated with the new Jailbreak design as well as the level of forgiveness, ball speed and playability were an instant success globally. Not surprisingly the engineers at Callaway took the Epic Jailbreak design and went to work improving it for 2018. The result is the new Callaway Rogue line of drivers and fairway woods.

Jailbreak in Rogue Drivers incorporates two hour-glass shaped titanium bars positioned parallel to each other behind the face connecting the crown and sole. This creates a dynamic relationship between the crown, sole and face of the driver.

The stiffer body created by Jailbreak allows the face to take on more impact-load to promote faster ball speed, and allows a new X-Face VFT face architecture, which achieves fast ball speed across an expansive area of the face. Together, Jailbreak and X-Face VFT work together to create the ‘Jailbreak Effect’, which promotes a remarkable boost in ball speed and distance.

Dr. Alan Hocknell, Senior Vice President, Research and Development at Callaway Golf, commented: “Designing a driver that would surpass the performance of the current #1 Selling Driver in Golf was a significant challenge and Rogue is the result of exhaustive research and a new ball-speed recipe we call ‘Jailbreak Effect’ – specifically, how Rogue’s new Jailbreak hourglass-shaped titanium rods work in tandem with Callaway’s new proprietary X-Face VFT face technology.”

“In Rogue, we now have a new, formidable family of drivers that not only create greater ball speed and enhanced distance, but we have also made them easy-to-use too.”
Here are the three models available in the Rogue line up for 2018

Callaway Rogue
The standard Rogue driver features what Callaway is calling “The Jailbreak Effect,” which comes from an enhanced version of the original Jailbreak design with hourglass shaped titanium bars connecting the crown and sole. The new bars, which are significantly lighter than the originals, still reduce crown and sole deflection at impact, but allow for a thinner face and more flex and ballspeed. In addition, an improved X-Face design improves the variable face thickness architecture, providing enhanced performance on off-center hits and faster speeds and distance overall.

Other features of the new Rogue driver include a more forgiving shape and larger footprint at address, as well as very light and strong triaxial carbon crown that allows for more weight to be positioned along the perimeter of the clubhead for greater stability on miss hits.
The Speed Step technology that helped improve the Epic’s aerodynamics, (with some help from Boeing) is further improved with a new leading-edge design for better airflow and less drag during the swing. 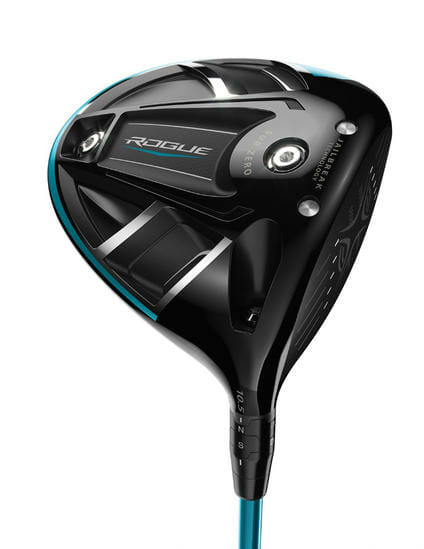 To compliment the standard Rogue driver is the Rogue Sub Zero, a very low-spinning iteration aimed at Tour-caliber players and others who need reduced spin rates.
The Sub Zero features two interchangeable weights in the front and rear of the sole (14g and 2g), which makes it possible to add or subtract up to 200 rpm of spin depending on weight placement. Like the standard Rogue, the Sub Zero is built with the Boeing Aero Package for reduced drag during the swing and faster overall speed.

The Sub Zero includes the same improved Jailbreak Technology and X-Face architecture as the standard Rogue, as well as an extremely light triaxial crown that allows for more weight in the perimeter of the club head for enhanced stability and forgiveness. It also features a low and deep CG and more neutral shot bias for those who want plenty of forgiveness with shot shaping versatility. 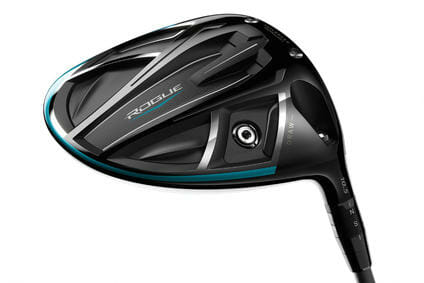 Rogue Draw
Rounding out the Rogue driver line is the Rogue Draw , a model specifically designed to help fight slices and produce straighter overall ballflight. The key to the slice-fighting design is a 5g-weight screw in the heel area of the sole as well as significant internal weighting in the same area. The result is a heel-bias CG location and improved gear effect that fights slice spin, even when the face is slightly open at impact. The Rogue Draw is built with all the same key technologies as the other members of the Rogue family including improved Jailbreak and X-Face, lightweight triaxial crown, and improved aerodynamics via the Boeing Aero Package.