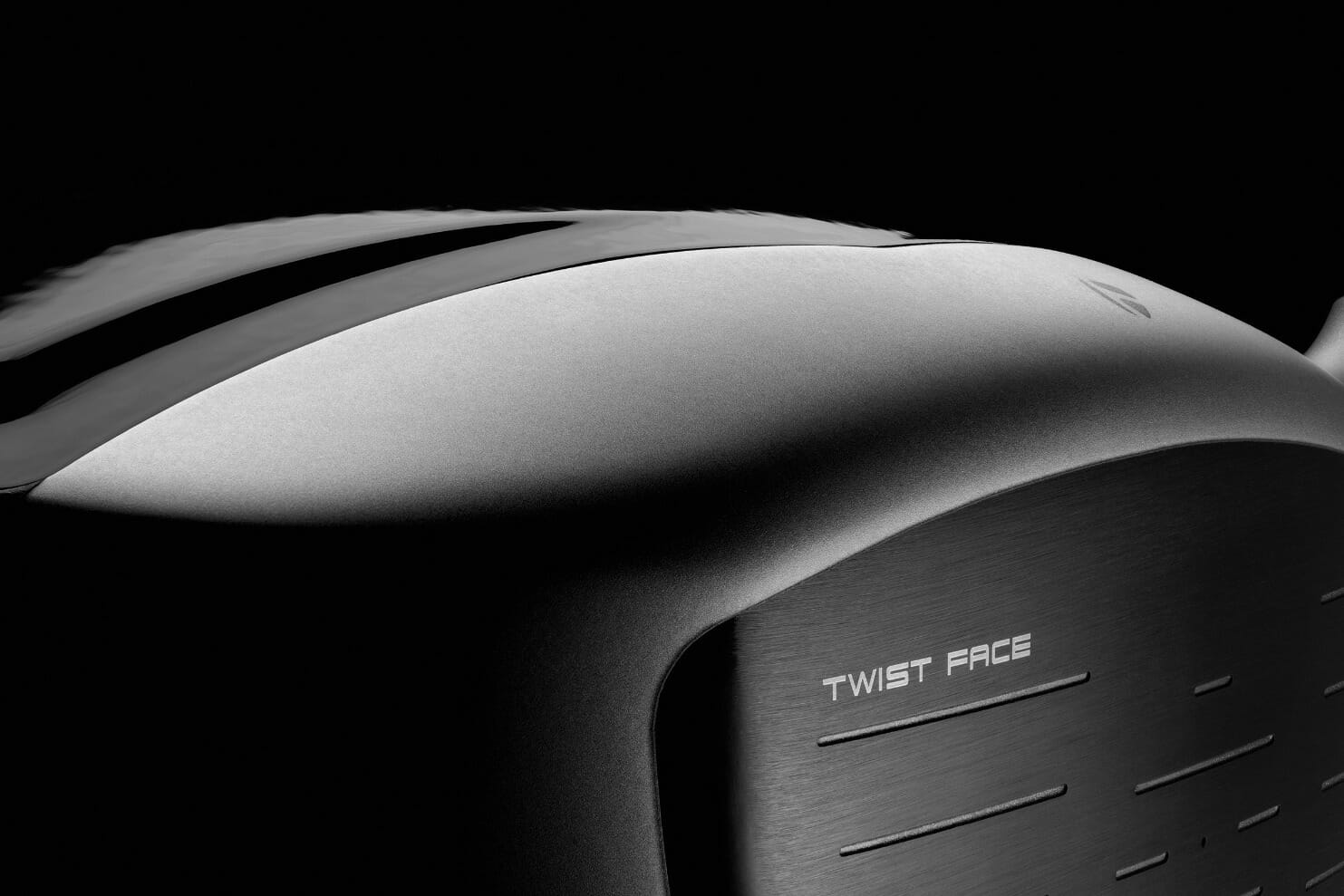 TaylorMade Golf are changing the face of driver technology with the unveiling of the new M3 & M4 Metalwoods for 2018.

Every year a new driver model is released they have claims of more distance than the year before. In a bold move for 2018 TaylorMade are changing the face of both the M3 and M4 and the message is not all about pure distance gains but more focused on straight distance.

From our initial tests, there is no question that the M3 (which replaces last years M1) and M4 (M2 replacement) are both longer than their predecessors. Both offer more forgiveness, thinner faces for more speed, more customisation options, and a higher MOI than last year’s M1 and M2.
Both models feature a new hammerhead slot which sits just behind the face of both the M3 and M4 offering a larger sweet spot and enhanced face stabilisation but the main story in both driver models this year is Twist Face technology.

So, what is Twist Face?
Twist face broken down to its most simple explanation should mean longer straighter shots. In a nutshell It’s designed to correct the face angle at impact for the way golfers present the golf club to the ball.
You may be familiar with terms like “Bulge & Roll” and how the “The Gear Effect” works in all driver faces? If not here is a quick explanation for you. 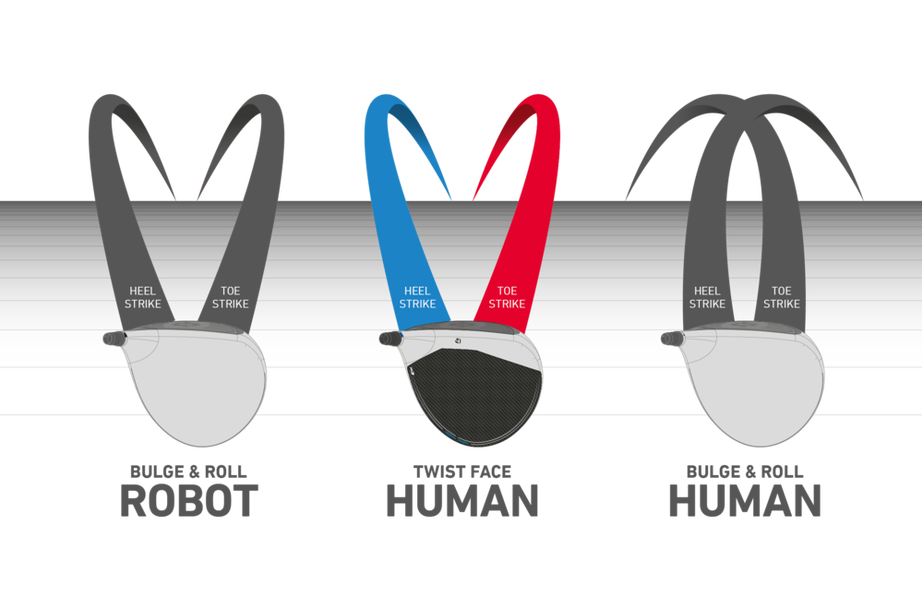 Pretty much every face that has been designed by all equipment manufacturers started with the same idea. If you look down on the face of your current driver it has curvature out from heel to toe (bulge) and from the from top to bottom of the club face (roll). The main reason for this is if you miss the centre of the club face the curvature is designed to move the ball back to the desired target line. If you face map a driver and put it onto a robot and hit shots from all over the face, every one of those balls will naturally curve back to your intended target line, this is the gear effect.

The problem with this is people are not robots. We are inconsistent and do not always deliver a square face to the ball on impact and this is where TaylorMade have discovered that face design is slightly flawed. Studying data captured from more than half a million shots that simultaneously tracks head presentation (in-out path, angle of attack, loft, impact location), initial launch conditions and final landing location of the golf ball, TaylorMade engineers discovered there was a flaw in the traditional bulge and roll.
By studying the performance in each quadrant across the face of all golfers’ levels, researchers determined these shots were not averaging to be on the centre line. In fact, high face shots and high toe shots have a left tendency of the target line and spin significantly less. Similarly, low face and low heel shots tend to land right of the target line with a significantly more spin.
Twist Face is TaylorMade’s solution to counteract golfers’ most common misses, more specifically, those resulting from the high toe and low heel impacts.

To counteract the high-toe miss (a hook), the driver face has been ‘twisted’ open (loft increased & face opened) on the high-toe to help straighten ball flight. Similarly, to counteract the low-heel miss (a slice) the driver face has been twisted closed to de-loft and close the face in the low heel area. Ultimately, TaylorMade’s Twist Face technology delivers a corrective face angle when hit off-centre for longer, straighter shots.

“From the creation of the first metalwood in 1979, TaylorMade has established a legacy of breaking from tradition to reach new thresholds of performance. In 2018, we have once again uncovered a new frontier of driving potential with Twist Face Technology — a radical departure from traditional driver-face design, engineered to correct for inherent human swing tendencies in real-time, giving golfers a tangible competitive advantage.” —Brian Bazzel, Vice President, Product Creation 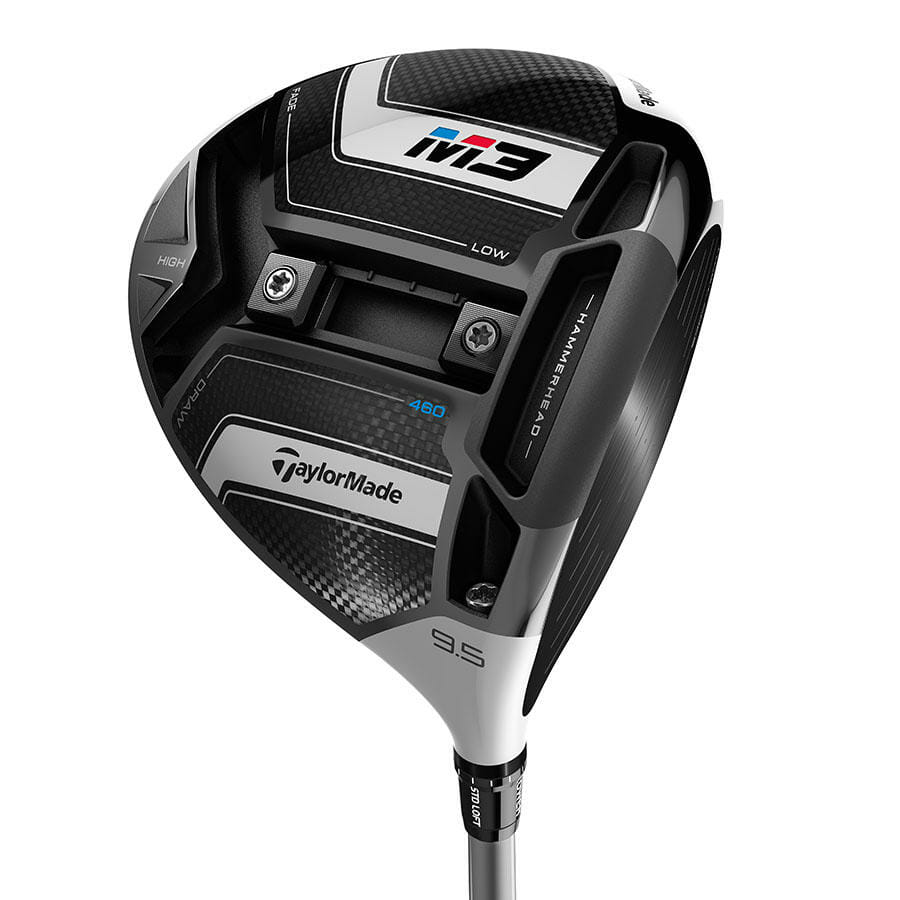 The M3 sees a new Y-Track adjustability system that allows for CG adjustment of the head to obtain desired, optimal ball flight parameters. Dissimilar to the T-Track on both the ’16 & ’17 M1 drivers, the heel to toe track and front to back track on the M3 are connected, allowing all 22 grams (two 11g weights) of moveable mass to be utilised for both the benefit of heel to toe control as well as front to back CG adjustment. The Y-track gives the golfer more precise CG adjustability than ever before with more than 1,000 unique CG configurations — more than double the number of positions in the 2017 M1. Add in TaylorMade’s 12 position, 4- degree ultra-lightweight aluminum Loft Sleeve (back sleeve compatible) and the result is an unparalleled level of personalisation.

The flat curvature of the front/back track provides the lowest CG possible regardless of the weight setting. In fact, when the weight is in the back position versus M1 2017, the 2018 M3 CG is 36% further back. This makes the moment of inertia (MOI) 10% larger without raising the CG projection on the face. TaylorMade engineers were also able to increase the total amount of front / back CG movement by 83%.

For the first time ever, TaylorMade has engineered a slot housed in the sole of their flagship driver. The new Hammerhead slot was engineered to work in combination with Twist Face and Inverted Cone technologies to deliver maximum ball speed across a larger area of the face and thus, resulting in a larger sweet spot.
The Hammerhead slot’s design is defined by three design elements; the central Speed Pocket, the face geometry and the stiffening ribs.
By dividing the Speed Pocket into zones, TaylorMade was able to increase its overall length from 82mm to 100mm — a 22% increase. Additionally, it allowed for the creation of a larger flexible centre zone, designed to increase ball speed on low face impacts and drop unwanted backspin.

By using the new ribs, engineers were able to decrease the thickness and weight of the face allowing for a more flexible face designed to deliver higher ball speeds across a larger area of the face. Engineers challenged themselves to evolve the construction and performance of the Speed Pocket; their answer was Hammerhead, a radical technology engineered to deliver longer drives.

M3 440
Following the success of the smaller 440cc version in 2017, the M3 will again be
available in a 440cc model, which utilizes a slightly smaller head, deeper face and 22g of moveable weight, working in unison with all of the same technologies as its larger 460cc counterpart.

Both the 460 and 440cc models come equipped with MCA’s popular Tensei CK Red (high launch), Blue (mid launch) or White (low launch) shafts in R, S & X flexes along with a Lamkin UTx cord grip. As the company has offered for the past few years, TaylorMade is also once again offering more than two dozen additional premium custom shaft options at no upcharge.

Availability & Pricing
Available on February 16 for €599, the M3 460 driver will be offered in 8.5°, 9.5°, 10.5° & 12° loft options, while LH models will be offered in 9.5° and 10.5° lofts. The M3 440 driver (RH only) will be offered in 9° & 10° loft options.
M4 Driver
Complementing the M3 driver is the M4 driver, which differentiates its design by putting an emphasis on forgiveness with straight distance. The M4 driver not only utilizes TaylorMade’s new 2018 technologies (Twist Face & Hammerhead), it also incorporates Geocoustic engineering we first seen in the 2017 M2 which combines geometry and acoustical engineering to unlock more forgiveness and a superb sound. 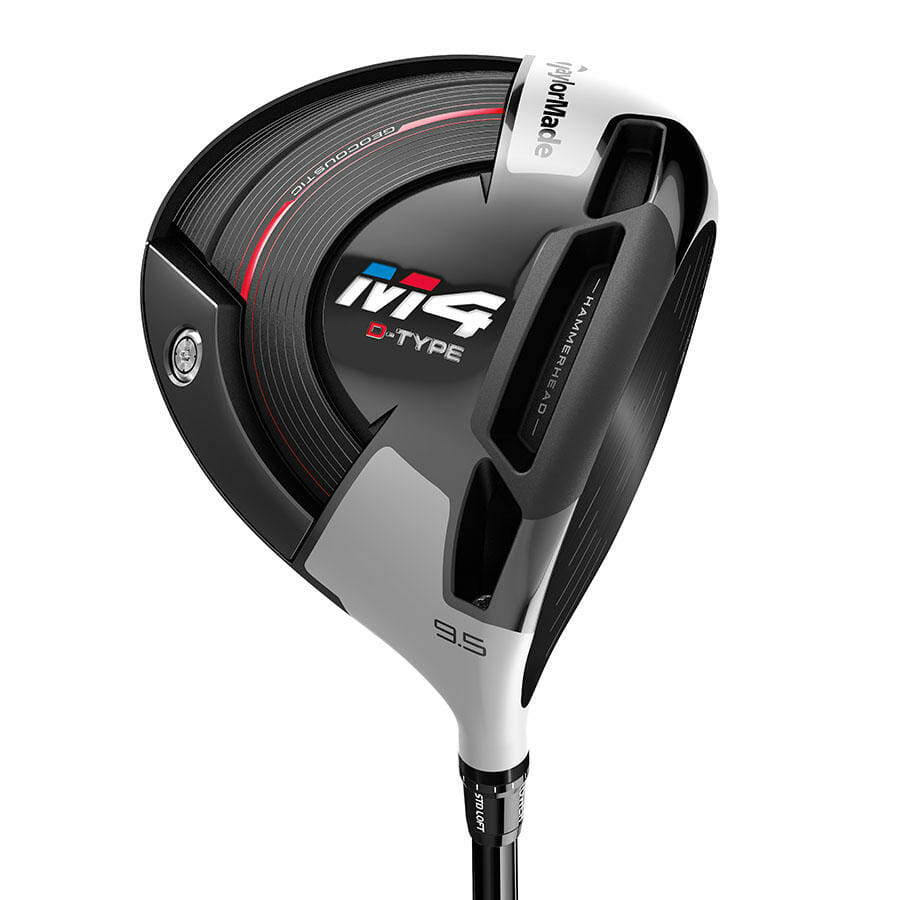 Driver heads with low back centres of gravity typically have low frequencies because they tend to have fairly flat soles. Geocoustic sole shapes allow for a low CG and larger head size, but with a more curved sole which has inherently higher frequencies, leading to better sound and feel. The Geocoustic sole design of the M4 driver freed up discretionary volume that allowed engineers to increase the overall face size and also improved sound and feel.
Hammerhead Slot

Similar to the M3, the M4’s Hammerhead slot features reinforced outer portions for a lighter, more flexible face, which results in a larger sweet spot. The centre portion of the slot increases ball speed low on the face and drops unwanted spin for straight distance.
Additionally, the newly designed face saves 8g of discretionary weight. To increase the stability of the driver, the rearward mass pad has been increased from 22 to 41 grams – an 86% increase on the 2017 M2. 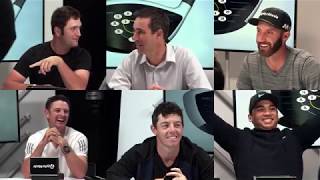