The winning momentum on Tour continues for KBS, the pioneering golf shaft brand that offers a high-performance shaft for every club in the bag, as players choosing to play its innovative shafts have picked up seven wins across the PGA, DP World, Korn Ferry and LPGA Tours already this season.

This included the record-breaking week in January at the Sentry Tournament of Champions in Hawaii, where the 28-year-old Australian champion, using KBS TOUR 130X Custom Black shafts throughout his bag finished on 34-under par with rounds of 65-64-64-65, marking the most under par four-round PGA Tour event in history. 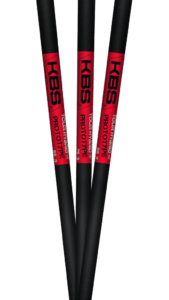 Another PGA Tour victory came during the same month at the Farmers Insurance Open at Torrey Pines, with the American winner using KBS Tour-V 125 in his irons to claim a first Tour title.

On the DP World Tour towards the end of the month, the popular Norwegian golfer claimed the SLync.Io Dubai Desert Classic – his 3rd win in 5 starts – using KBS Tour-V 120 in his irons and Tour V 130g in his wedges. He currently sits as the third best golfer in the world.

A win for the Tour Graphite Hybrid Prototype shaft (105x in his 2-iron) quickly followed in the desert in February with the big-hitting New Zealander claiming his second Tour title by five shots at the DP World Tour Ra al Khaimah Classic. The same shaft claimed another win at the Kenya Open last week. The talented Chinese golfer claimed his fourth DP World Tour title with four rounds in the 60’s for a four-shot victory.

“It’s not just the number of wins achieved with KBS shafts on Tour that’s impressive, but the manner of them,” said Rhett Taylor, Global Marketing Manager at KBS. “And it’s not just our iron shafts that are doing the business, but it’s great to see the Hybrid and wedge shafts in the winner’s bag too.

“These players choose to play KBS shafts because they’re the best around and when you have someone like Kim Braly designing and overseeing the operation, golfers can immediately put their trust in a shaft because they know it’s going to work for them. We also have a great Tour team out at pretty much every event tweaking things here and there and we work with every manufacturer in the game, so there’s not a player out there we can’t help if they need it.”

History was also made on the LPGA Tour recently as the first Irish female golfer won on the tour. The 27-year-old, using KBS TGI (Tour Graphite Iron) 80 in both irons and wedges, finished with a three-shot victory, following three rounds in the 60’s.

There were also wins on the Korn Ferry Tour as The Panama Championship was claimed using KBS Tour 130x in both irons and wedges and The Bahamas Great Exuma Classic winner at Sandals Emerald Bay used KBS Tour S Taper 125 in his irons, Hi Rev 2.0 wedges and a 95x Tour Graphite Hybrid Prototype shaft.

Cultivated by world renowned shaft designer Kim Braly, KBS offers 31 different shafts through the golf bag, including 18 iron options featuring different weights and flexes. There is also the TG Graphite Wood shaft; popular Graphite hybrid and irons options, four wedge shafts offering different weights, flexes and trajectory; and two putter shafts, including the new 1 One Step. All KBS shafts are designed to benefit the game of the broadest range of golfers – from global Tour stars to accomplished amateurs and juniors.