TaylorMade have today announced its new third generation P·790 Iron, the updated version of the company’s most successful iron. This success is based on their appeal to all types of golfing ability and over the last four years, they have been one of the best-selling iron models in Ireland.

In the TaylorMade iron family, P·790 sits as the gateway from the game improvement SIM2 iron to the aspirational P700 Series family that TaylorMade updated earlier this year comprising of the Tour inspired P7MB, P7MC and P·770 line-up.

While the SIM2 and the P700 Series each appeal to a very select player, the success of P·790 is built on the fact that they will appeal to every category of golfer from scratch to high handicap players.

The problem with updating a hugely successful iron like P·790 is something TaylorMade engineers managed well in 2019 as they successfully introduced the second generation forged hollow body construction with subtle visual improvements from the original launched two years previous. Less offset, a bigger sweet spot and a thinner topline were just a few of these tweaks. For the new third generation this task was far more than small improvements as TaylorMade engineers focused on the feel, performance, and design of P790 while trying to keep much of the DNA that has made this its most dynamic iron franchise for over five years. 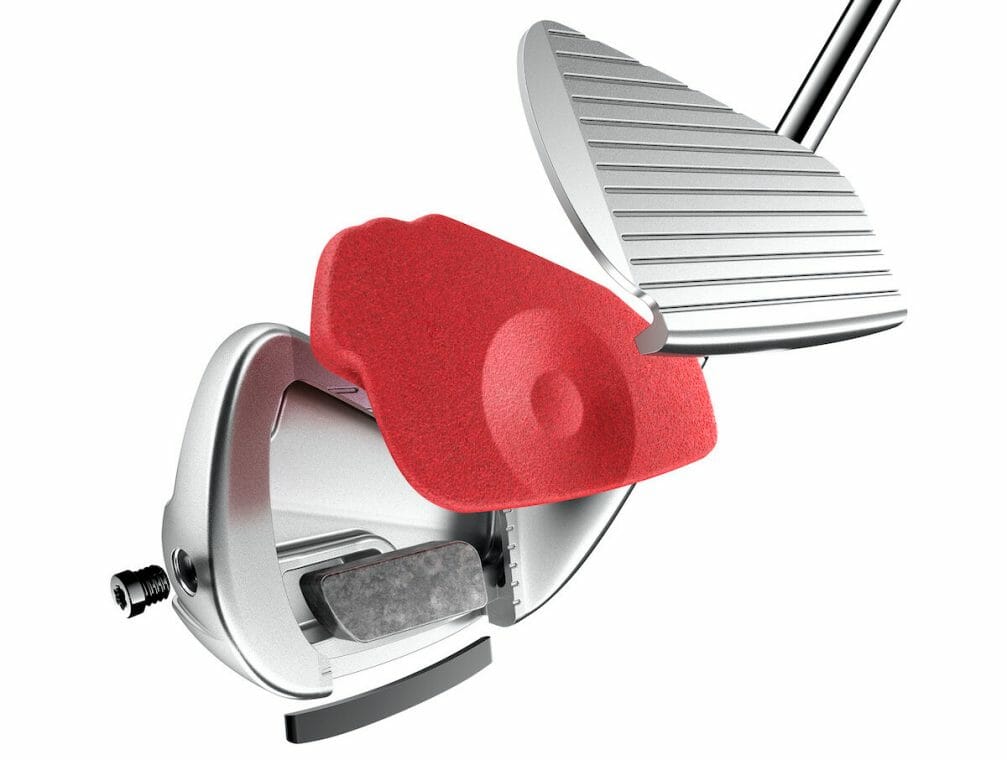 One of the most common criticisms of the first two generations of P·790 was the fact that flyers off the face were common. If you had a fiddly half shot with a short iron into a green and tried to hit it easy, it could easily jump a little and fly too far.

For the new P·790, TaylorMade Engineers  began by redeveloping the technology that sits at the centre of it all.  They have developed a new polymer filling called SpeedFoam Air, an ultralight urethane foam inside the forged hollow body construction which is 69% less dense than the prior generation.

In a world where minor adjustments  can lead to major results, the switch to SpeedFoam Air accounted for some weight savings but more importantly it has had a huge effect on feel. The new heads just feel softer through impact and through early testing we have conducted, that soft forged feel lends itself to control too as those in-between shots are far easier to feel, as you would expect from a forged face.

As well as SpeedFoam Air accounting for significant weight savings – an average of 3.5g in respective irons – P·790 iron heads are crafted from an 8620 carbon steel that maintains strength and durability while allowing for a new thinner walled design adding to the overall weight saving benefits of SpeedFoam Air. This reengineered Forged Hollow Body Construction pairs with a  1.5mm forged 4140 steel Face to promote supreme flexibility, fast ball speeds and distance  while  upholding a premium forged feel. It’s the thinnest face of any P790 design and allowed for the creation of an intelligent sweet spot.

The company’s iron development team then charted data from thousands upon thousands of golf  shots and determined the most common impact points on the iron face. Utilising this data,  engineers strategically shaped and positioned the sweet spot to capture more of those shots.  Results include measurable upticks in ball speed and distance compared to the prior  generations. It’s 30% larger than the 2019 model and a huge 60% bigger than the first 2017 model. Overall, the sweet spot has been better aligned with centre  face to naturally  provide  performance where golfers need it the most.

Heavy tungsten weighting, up to 31g in an individual iron head, is strategically  positioned  to deliver  both stability  and forgiveness.  The now familiar  Thru-Slot Speed Pocket on the sole continues to provide increased face flexibility while preserving ball speed and distance on low face strikes.

Clean and classic aesthetics complete the look of this artfully designed iron. The new sleek design has toned down how aggressive previous generations may have looked to some and the new head blends perfectly into the P·700 Series family making P·790 the ideal pairing for combo sets with P·770, P·7MC  and even P·7MB in some cases. The removal of black lines and a new premium two tones polished look really does date older generations from an aesthetic point of view.

You may not see P·790 sets creep their way into the bags of Tour players but at the top end of the bag, the new P·790 UDI will also be available next month and features all of the same performance attributes of P·790 but in a low spin fairway finding package that will find its way into a lot of Tour bags at certain stops this season.