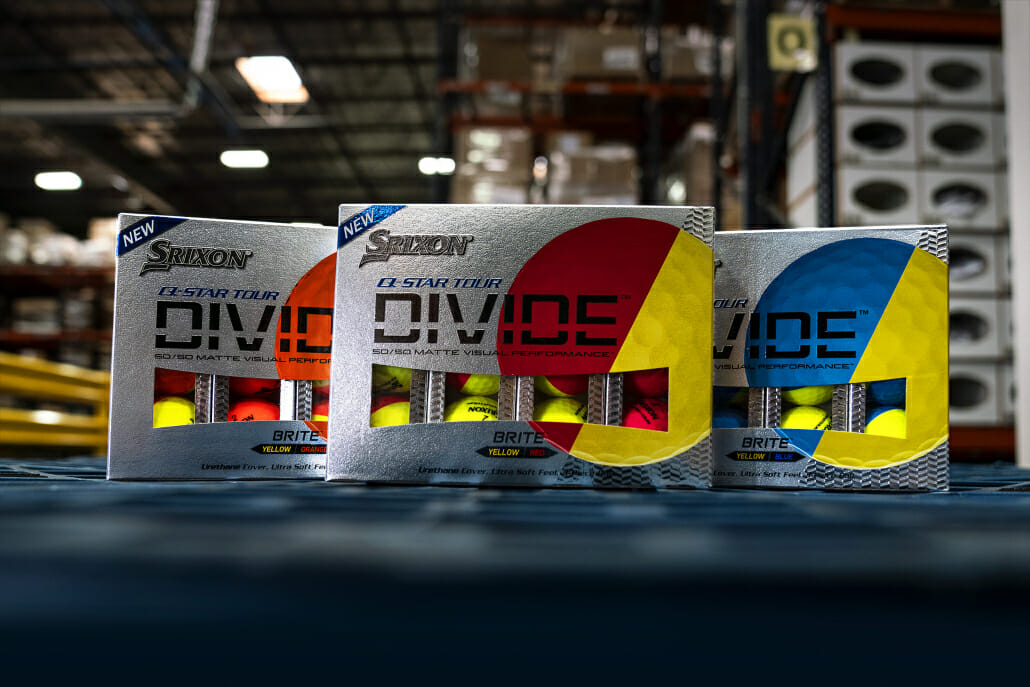 SRIXON have announced the all-new Q-STAR Tour Divide golf ball. The Q-STAR TOUR DIVIDE is different, featuring a new thermoplastic urethane cover that has been infused with bright pigments rather than being painted on. The 50/50 Matte Urethane Cover delivers a high contrast, matte cover that provides the same tour-level spin and stopping power you’ve come to expect from the original Q-STAR TOUR.

“The new Q-STAR TOUR DIVIDE looks great, but it’s so much more than that,” explains Joe Miller, European Product Manager. “Easier putting alignment and increased visual feedback on your chip and pitch shots really adds to the greenside performance. It’s a ball every golfer must try.”

With DIVIDE’s unique two-tone cover construction, putting alignment comes easy with a 360° line, while every shot will produce a strobe effect to help show off the speed and direction of spin.

DIVIDE might not look like a classic golf ball, but it still delivers true tour performance. Featuring the same FastLayer Core and 338 Speed Dimple Pattern found on the classic Q-STAR TOUR, DIVIDE provides the distance and control expected from a tour-caliber golf ball.