TaylorMade Golf has unveiled its 2021 driver line-up with the all-new SIM2, SIM2 Max and SIM2 MaxD drivers. With the original SIM, the company focused on reshaping the driver to deliver speed and aerodynamics and now TaylorMade has reinvented the way drivers are constructed with an increased focus on enhanced forgiveness while maintaining speed and optimal launch conditions.

Forgiveness equals confidence and in 2020 the original SIM was a driver that was aerodynamic, promoted favourable launch properties and had one of the hottest faces in golf. To unlock a new dimension of forgiveness, TaylorMade engineers were forced to completely rethink how their drivers are built from the ground up. By fixating on the process and materials, they discovered a hidden key in the form of a new design called Forged Ring Construction. Utilising a lightweight and high strength aluminium that’s precision milled, the adjoining feature unites the critical components of the driver head into a singular force.

As the defining component of SIM2, SIM2 Max and SIM2 MaxD, the forged aluminium ring is one of four crucial elements of the unique construction – each serving a vital function that allows the driver to be forgiving, fast and powerful. The other modules are the carbon crown, carbon sole and milled back face cup. 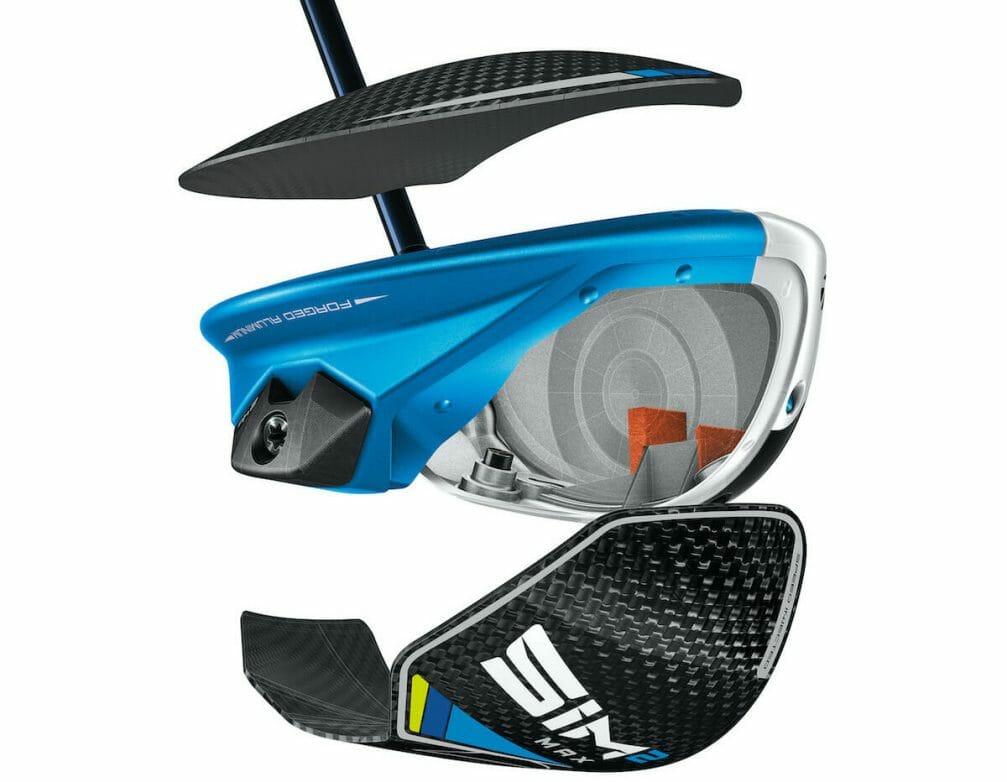 A new high-strength carbon was developed precisely for the sole and designed for enhanced durability in protection against damage from turf interaction while simultaneously shaping the asymmetric Inertia Generator, which is designed to produce faster club head speeds through aerodynamics.

The expanded use of carbon saves a considerable amount of weight that has been redeployed onto the Inertia Generator in the form of a heavy rear weight (16g SIM2, 24g SIM2 Max and 22g SIM2 MaxD). Placing this substantial weight low and back in the club moves the CG projection to centre face, optimises launch conditions and maximises forgiveness.

SIM2 also features a milled back face cup which is internal CNC milling that varies face thickness and makes SIM2 much more forgiving on off-centre hits. Relying on the data used to develop Twist Face, the company mapped the most common impact locations among golfers of all skill levels – which revealed a mis-hit pattern that extends from low heel to high toe. The milling process allows the company to precisely tune the thickness of the face to promote peak speed in those areas. This intelligently engineered sweet spot has an oval shape and stretches diagonally from the high toe toward the low heel. Ultimately, it results in a sweet spot that is designed to capture more shots where golfers are more likely to hit it on the face. Speed injected twist face remains so each driver head is inspected, measured and tuned for maximum speed and to ensure the ball speed off the face is pushed right up to the legal limits.

Visually the two speed ports have disappeared from the face of the driver and now only one injection port has been relocated to the outer toe and the familiar Thru-Slot Speed Pocket rests on the sole of the driver, maintaining the marquee purpose of protecting ball speed and performance on shots struck low on the face.

SIM2
For the first time in over a decade, the flagship TaylorMade driver has no movable weight track. Instead, the reconstructed SIM2 delivers high MOI properties with a heavy 16g steel weight positioned on the Inertia Generator. The TPS Front Weight is strategically located behind the face to encourage optimal launch with low spin characteristics, delivering complete performance that is low on spin and high on forgiveness.

SIM2 Max
With an intense focus on speed and forgiveness, the SIM2 Max delivers high MOI properties with a heavy 24g tungsten weight positioned on the Inertia Generator. The TPS Front Weight is strategically located on the sole of the club to encourage the optimal mid-to-high launch with mid-to-low spin properties, delivering complete performance and max forgiveness. 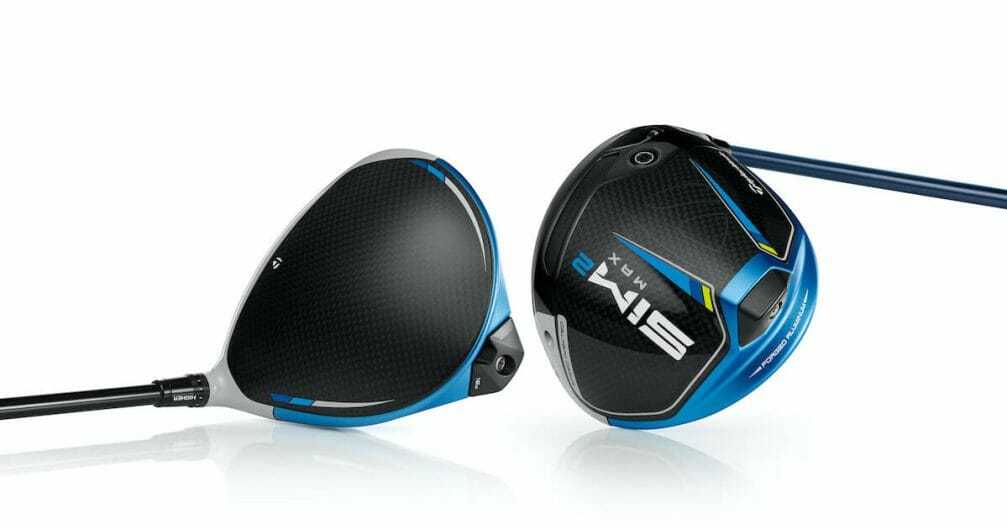 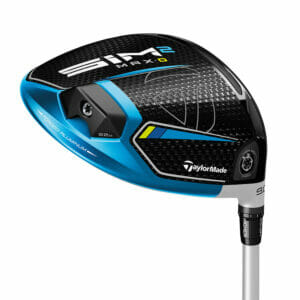 Traditional draw-bias drivers come with a trade-off, sacrificing forgiveness for a right-to-left ball flight. The all-new SIM2 MaxD features a repositioned Inertia Generator that’s closer to the heel, encouraging a heel CG that’s low and back for more forgiveness – designed to deliver a higher launch with the largest, most forgiving face in the SIM2 line-up. The end result, a draw-biased driver without compromise.