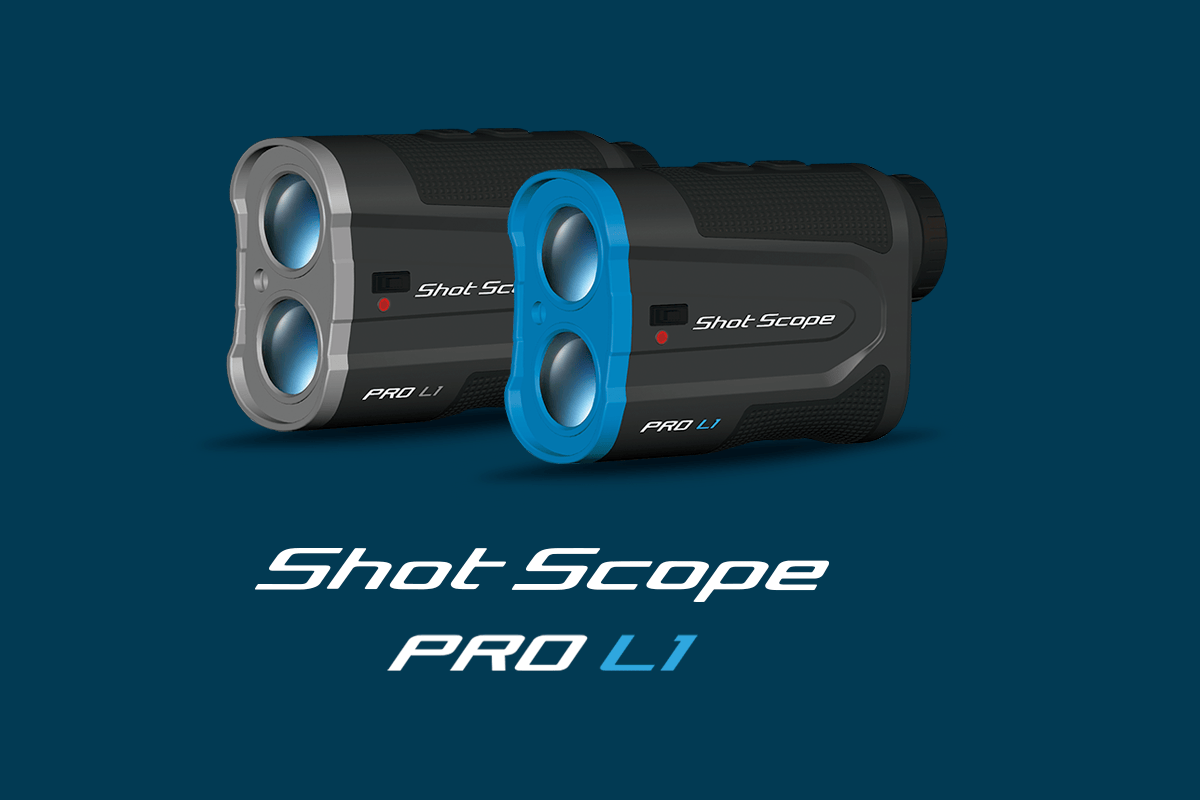 Shot Scope, one of the industry leaders in GPS and automatic shot tracking technology, has unveiled details of its first ever, high-performance laser rangefinder.

Representing an assured step into the laser rangefinder market, PRO L1 combines advanced technology with sleek styling and a reliable construction from one of the game’s most trusted brands.

The PRO L1 is packed with technology and leaves the user in no doubt that they have captured the correct yardage with Target-Lock Vibration technology. The Precision Clear Lens allows users to seamlessly switch between the laser’s black and red dual optics, with the option to view distances in either yards or metres.

“We wanted to create a high-performance laser product that delivered on ultimate performance while carrying an affordable price tag.”

For added control out on the course, Shot Scope’s first laser product also features Adaptive Slope technology which displays the angle of slope adjustment and a recalculated yardage, accurate to just 3.6 inches, through the lens. This feature can be switched on and off with ease to ensure the product conforms to the rules of golf during tournament play.

With six-times magnification, PRO L1 has a range of up to 875 yards, meaning no pin is out of reach. The laser was developed to play in all conditions, boasting a water-resistant construction and conveniently positioned grip patches to prevent any slip in the hand.

“The performance that this laser delivers rivals products that have led the industry for years,” added Hunter. “The option of either the red or black lens optics means that no matter the lighting outside, users will always be able to capture the flag.

“We pride ourselves on accuracy, and this product is no different. The laser displays distances to an accuracy level of less than four inches, allowing golfers to swing confidently time and time again.”

Included in the sleek package is a premium carry case as well as a lanyard, carry clip, cleaning cloth and a replaceable battery. PRO L1 also comes complete with a 12-month limited warranty.

Following the success of the V3 performance tracking and GPS watch, including a sell-out campaign which attracted more than 50,000 users in over 100 countries, the launch of the PRO L1 sees the company take another step in their mission to help golfers know their game.

Shot Scope PRO L1 is now available with either vibrant blue or grey accents at retail for the launch price of €239 and can be purchased at www.shotscope.com as well as most major golf stores and online retailers.